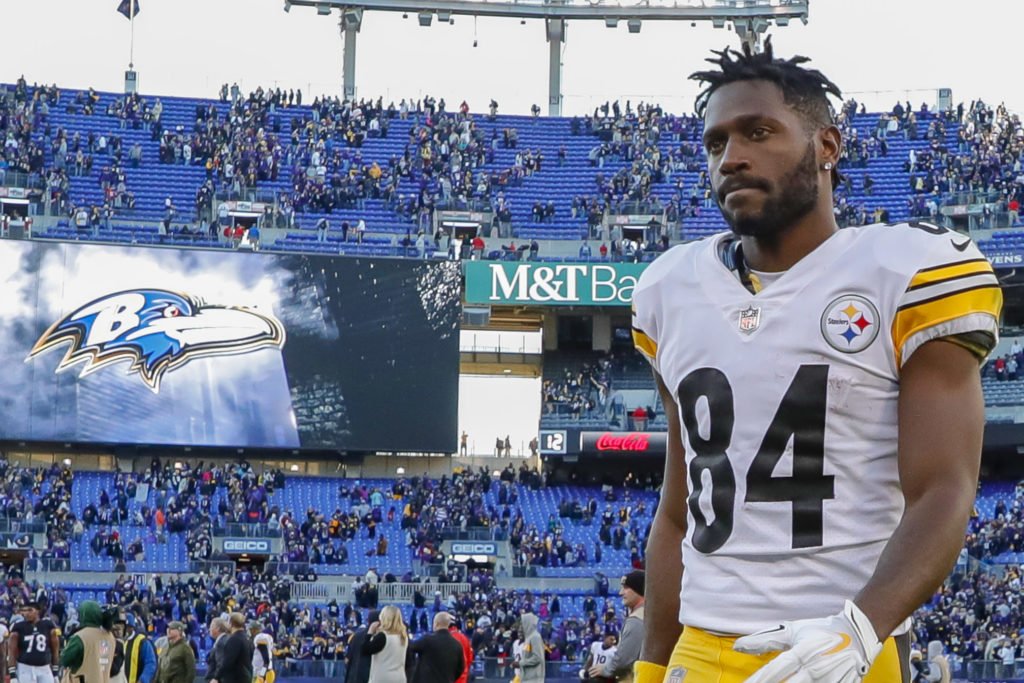 Some folks are giving some legit, sincere hot takes for the upcoming Baltimore Ravens season, while some of the others we’ve seen are, well… yikes…

I threw a ‘Hail Mary’ on the Twitters to see if we could capture some of the most outlandish hot takes to date and let me tell you, the Flockers nailed it like a Justin Tucker 60 yarder.

Before we unleash these fiery hot takes, let me preface: I’m not calling people out for roasting by the public; instead of throwing people under the bus for their takes by tying a name to it, I’ll simply drop the heat and provide my two cents and these betting promo codes on the matter. After all, we all have some bad takes and throwing people under the bus would be very ‘throws-stone-in-glass-house’ of me.

For what it’s worth, I’ll air my ‘hot takes’ dirty laundry from recent draft nights: I hated the Hollywood Brown pick on draft night 2019 because of injury concerns, and- I’m sure this one will come back to haunt me too- I was salty that we took JK Dobbins over a wide receiver (I like Dobbins a lot and in hindsight I’ve already cooled on this take- I just wanted help at wideout more than another RB in the rotation and I’m a huge ‘Gus is disrespected and underused’ guy).

With all of that said, let’s throw some HEAT!

“Lamar Jackson will crack the top-5 QBs if he wins MVP again.”

I don’t know what to even do with this. This has to be a Chiefs fans because they seem to be the only ones throwing shade at LJ, which is ironic and hilarious considering he’s merely a season behind where Mahomes was in 2019. Yanno, the same Mahomes that led their beloved Chiefs to a Super Bowl. But it’s cool, let the Chiefs keep hating and acting like the new Patriots with only 1 Super Bowl under their belt in the last 50 years. It’s sort of funny with Chiefs fans isn’t it? They constantly beat on Lamar Jackson for his playoff short comings (sidebar- QB wins is a BS stat), but if they want to talk post-season success, they had 2 playoff wins from 1999 through 2018. Comparatively, the modern-era Browns had 1 playoff win in the same stretch.

So the Chiefs are basically the Browns with a SB run & a ring in 2019.

Back to Lamar Jackson- if you don’t think the reigning unanimous MVP that was a top-tier pocket passer and phenomenal decision maker that showed leaps and bounds of improvement protecting the ball, all while being a true leader of men? I don’t know what to tell you… 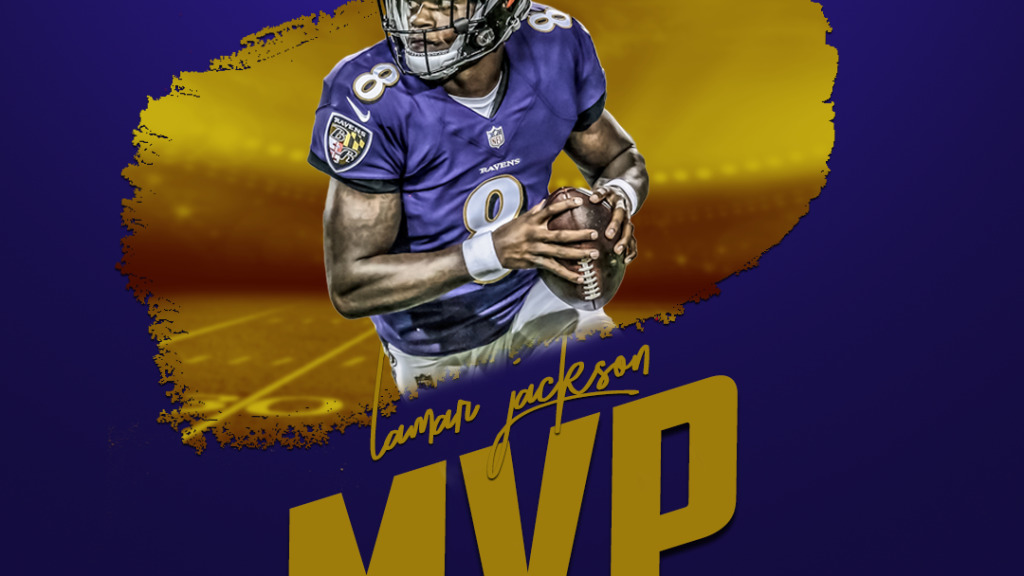 “James Proche is going to be the next AB”

No, not yours truly. The AB that has pending legal issues, goes off the deep end on social media every few weeks, and is pacing to break Big Ben’s record of threatening retirement from the NFL before actually doing it (at least Brett Favre had the courage to actually retire a few times, cowards). Although in this instance, I’ll say that I don’t think the hot take artist was talking about that aspect of Antonio Brown- I think he meant the talent. More so, I think he was referring to the fact that both are late draft picks (Brown went 6th Round, 195th overall, while Proche went 6th Round, 201st overall), both are sub 6ft, sub-200 lbs wideouts. Neat. So were about 2 dozen wideouts taken in the 6th round between 2010 and 2020.

Regardless of Proche’s potential, you simply don’t project a late round rookie to become a top-10 wideout in the NFL before he steps foot on the field. You just don’t.

But speaking of Antonio Brown…

I legitimately thought this hype train rolled out of Penn Station once he was pronounced suspended for the first half of the 2020 season, and opted not to fight it.

And yet, here we are…

To be honest, I’ve seen more Ravens fans doubling down on this take, than those backing off. The mentality, apparently, is “well now he’ll be cheaper!” and I’ve gotta tell you folks… HE IS STILL A TOXIC, LOCKER ROOM CANCER, WITH A LITANY OF OFF FIELD ISSUES.

Even if you take all of that out of the equation, the fact that there’s a spattering of fans willing to sign AB for 2 weeks of camp, kick him out for 8 weeks, then bring him back and hope that 1) he won’t mess up the chemistry, 2) he won’t threaten to retire for the 4th time since last August, 3) he won’t get himself suspended further, 4) the Ravens don’t face a PR nightmare of backlash given there stance on domestic violence/sexual assault, 5) AB gets enough targets to feed his ego before he becomes a sideline problem, 6) he doesn’t go crazy and try to find his way out like he did in Oakland…

Do you see how many things are wrong with this?

“Bronson Rechsteiner is the strongest and fastest Raven on the team.”

Well, this is simply not true, if for no other reason then the fact that Benson Rottweiler is no longer a Raven as of yesterday afternoon.

Indeed, the kid had a swarm of fans cheering for him and expecting him to be everything from Tight End 3, to a Project Pat replacement, and I’ve even seen some folks saying he could switch to an inside linebacker (as if we didn’t just draft Patrick Queen and Malik Harrison). Alas, it’s not in the cards for Brontosaurus Rictherscale. At least not here in Baltimore.

Pour some out for that misguided faction of Ravens fan who thought that Broseph Rumplestiltskin, the kid from Kennesaw State was going to be a stud, simply because of his family ties to wrestling and shredded physique… 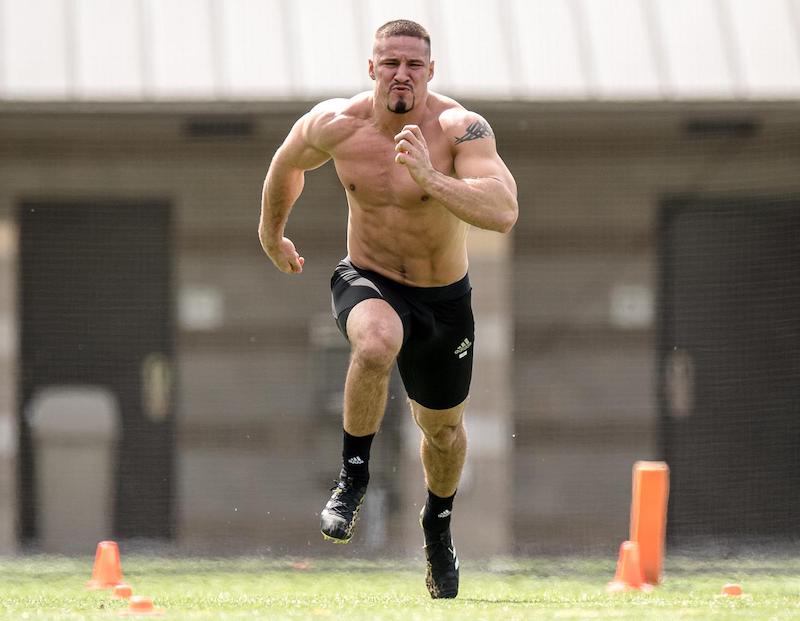 [Be sure to check out Wolfpack Appreciation]

“Tyler Huntley will be QB2.”

Listen, I like the rookie signal caller from Utah. I love his style and how it jives with the Ravens offense.

But this take is going to cool off, quickly.

In a year where training camp is cut short, and there are no preseason games, rookies are at a major disadvantage. Their ability to strut their stuff for the coaching staff is really limited to drills & 7 v.7 or 11 v. 11 play… how much can a rookie UDFA quarterback show in that time? More so, how much can he do to show that he can supplant Trace McSorely, let alone Bobby G3?

I think it’s fair to say McSorely is at risk- I don’t love his accuracy & I think a great showing by Huntley moves him to QB3- but I also think Trace knows the Ravens offense well enough that they feel confident to see him perform in a pinch compared to Huntley, as it stands today. I also think Huntley can survive on the practice squad, even without the “4 Man Protection” policy over his head (teams can ‘protect’ up to 4 practice squad players from being poached, weekly), whereas Trace could be snapped up strictly for intel.

But to suggest Huntley is going to take out Bobby G3 is just foolish.

So let’s here them.

What are your hot takes?