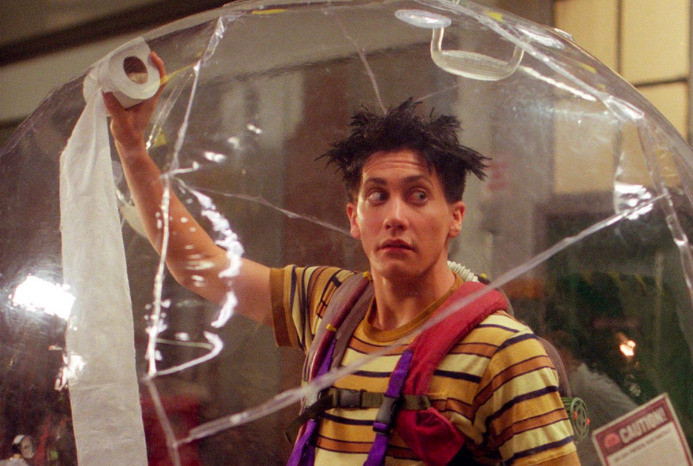 When Lamar Jackson declared himself ‘the new Bubble Boy’ in a video press conference a few weeks ago, I can’t imagine he thought that the possibility of an NFL enforced bubble could become a reality.

Let me clarify my Bubble stance here: while I’m not sure that it’s possible for a regular season bubble at this juncture, I do think the NFL could consider doing a Playoff Bubble scenario to ensure the postseason goes off without ‘a single tick’ of COVID-19 in players during the quest for the Lombardi.

Let’s start with why a regular season bubble is inconceivable at this juncture, and I think it’s a pretty simple answer: time and money.

In order to properly install a bubble for the duration of the NFL season, the league would need to initially go back to the drawing board for the schedule and base it strictly on geographic regions. The Ravens would likely be playing the Skins, Jets, Giants, Eagles, Steelers, Pats, Bills, and maybe the Browns, with each team facing each other twice. This would be the northeast regional bubble (divisions and conferences don’t exist in this scenario) which would now need a central location for all of these games to take place, then the league would have to figure out hotel accommodations for 55 players/20+ coaches/staff per team from September through December, plus identify an area with multiple fields for multiple games. That is, of course, unless the NFL chose to do a scattered schedule (with one game per day, and games all week, to ensure proper decontamination between games), which creates inconsistencies in time off between games for each team, which would of course result in a player push against it…

Oh, and they’d need to figure this all out in less than a month.

Then there’s the financial side…how do you divvy up games between the major networks if there’s no longer AFC games and NFC games, and no divisional games? How do you figure out which markets are seeing which games? Would TV networks be requesting some sort of refund should they be getting shafted the expected amount of games to air?

Ultimately, there’s a litany of reasons that we can pop the concept of a regular season bubble.

For the postseason, however, a bubble is a much more feasible, and rational concept for the NFL to consider.

Major League Baseball is already looking to install a bubble for their post-season to ensure no delays or cancellations, and quite frankly, that makes too much sense for the NFL to ignore for their league.

Here’s how I could see a post-season bubble going for the NFL:

Following Week 17, there’s a 1-week hiatus from NFL football. Yes, everybody gets a bye week. This give players a chance to relocate, and abide by the appropriate testing protocols. The added week would also allow for any positive players to have a chance to rejoin the team in time for their first game, and ensure the NFL is getting full rosters for all playoff games (to the best of their ability), giving fans a top-notch experience and squashing the chances of a team losing their starting QB or stud defender to the Ronas.

The Super Bowl is to be held in Tampa Bay, and keeping all players locked into the state of Florida for the duration of the playoffs is more or less an expanded bubble concept. Yes, I know. It’s Florida. But the hope is that by January, COVID-19 has found it’s way down the backside of the curve.

As teams are eliminated, they must leave the designated hotels and head home. Only players and personnel still in the playoffs can remain.

Immediately following the NFC & AFC Conference Championship games, players will relocate to Tampa, where they will go through the same testing and isolation protocols leading up to the Super Bowl.”

The only potential pitfall to a plan like this would be west coast teams griping that the time change will throw them a curveball, and an inevitable disadvantage. That concern is mitigated by the week off before the wild card round. If west coast teams still claim that they can’t get acclimated to a three-hour time change after 11-13 days, they have some sort of rare condition and maybe want to get that checked out.

Add in the fact that all January and February games are being played in sunny, warm Florida weather, and I’d be willing to bet the players would sign off on this immediately.

If the NFL really wanted to take it a step further, they could have the Pro Bowl players abide by the same policies and slap them in the bubble too (a week prior to the game itself).

Of course, there’s one downside to this concept…

Which Ravens Super Bowl victory was more significant to you?

Even if Lamar Jackson brought another Lombardi back to Baltimore? You’d still have the trolls and naysayers claiming LJ hasn’t won a real ‘home’ playoff game.