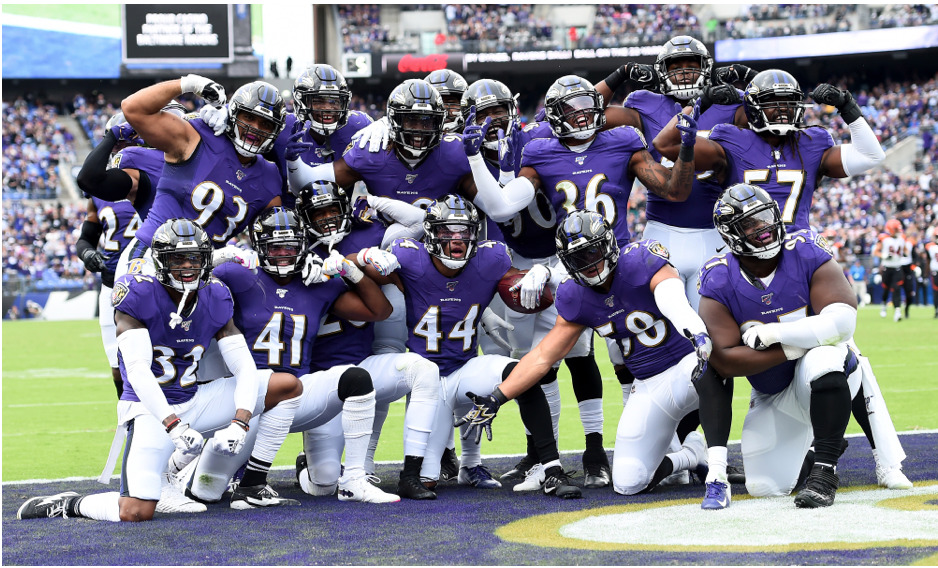 Who are the top dogs in the AFC?

Well, the Kansas City Chiefs … but a Purple Reign is in process, and that could very well change. The Baltimore Ravens are last year’s top dogs in the AFC North and 2020’s top prospects, but we could see them unseat the AFC West and NFL Champion Chiefs this year and bring the Trophy Back to 1101 Russell Street.

But how possible is it?

The Ravens have one of the easier schedules this season. So, it’s quite likely that the Black Crows will win 12 games or more. Unfortunately, the Chiefs also have an easy run of it this season —for the most part. So, we could very well end up seeing these two teams facing each other in the AFC Championship game.

There is no team in the NFL that is even close to these two on the odds boards. The Chiefs are +540 and the Ravens +545. So, it’s neck and neck as far as betting odds are concerned. The next closest team is the SF 49ers at +968, nearly double the price. If you ask a Las Vegas bookmaker, it’s a two-horse race for the AFC, and Baltimore will hold half of that race.

Starting the Race in Week 1

The Kansas City Chiefs open up their schedule against the Houston Texans. The Baltimore Ravens open against division rivals, the Cleveland Browns.

The Browns are an improved team, but I think the Chiefs have a tougher Week 1 meeting. Odds would say otherwise. The Ravens are favored by 8.5 points at home over the Browns. On the flip side, the Chiefs are 10-point favorites over the Texans. But, if there is an upset that could happen in either of these games, it’s more likely to occur at Arrowhead.

People keep talking about how DeAndre Hopkins’ departure will make it a more effortless victory for KC. I say they will have a top ten offense and break out just about any defense gadget to stop them. Sure, they lost Hopkins, but they now have Randall Cobb running routes with Brandon Cooks and David Johnson is in the backfield. Cobb is still an incredible slot receiver, and though they lost one of the best play-makers in the league, they have more weapons now.

Let’s not forget about increased wattage on defense. JJ Watt is back and healthy. Although I don’t think the defense will be much better, it should be a bit better with JJ back on the field.

As for the Ravens hosting the Browns, I have to laugh a bit. I mean, I’m sorry, Cleveland … It’s rough being a Browns fan. Year after year, we see the same headlines, ‘Is it finally the Browns Year?’ Well, those headlines abound across the internet on Browns’ fan sites and sports rags. To be fair, the 8.5-game season wins total the oddsmakers set should give fans some hope. However, I think it falls exactly there, eight or nine wins. Maybe they can make a wild card berth … but that isn’t very certain.

Why? Coaching changes amidst the ‘Rona pandemic, that’s why. The teams with the most season to season continuity are the ones that will be the best in the first few weeks. The Browns also have a brand new GM. Let me just make a prediction and say the Browns miss the playoffs and disappoint again. This will start with a Week 1 clobbering at the hands of the Ravens in M&T Bank Stadium. If the Browns put up more than 20, it’s because of garbage time points and the Ravens having a massive lead.

Now, I don’t think the Chiefs will lose either, but this is all about watching your enemy and keeping your eye on the prize. That prize is the Super Bowl and everything factors in. Who’ll be more beat up heading into the playoffs because they played close games down the stretch? This all starts in Week 1 and I think the Ravens will be heading into Week 2 with a bruise advantage over the Kansas City Chiefs.

Get ready KC, even in Week 1 while playing the Browns, the Ravens are coming for you!