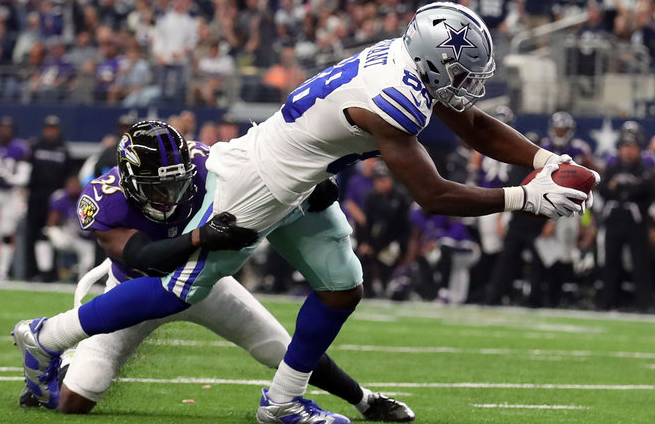 The scheduled workout is real. Dez is coming to Baltimore…for a visit. Pump your brakes, folks! I’m not here to give him a spot just yet. I have a few questions surrounding this topic. Let’s take a look at them.

1. Does he still have the juice?

Dez is extremely hungry. When you track down high school QBs in San Antonio in June and practice with teen DBs and WRs (San Antonio Ducks Elite) while most of the city was under quarantine, you are definitely itching for another shot.

I had no plans of doing a work out today but for some reason I did. I felt a need to despite not planning to or really having a desire and in the end the day turned out beautifully. I made a couple of calls to get a field and found a high school QB on IG (soon to be a future star). When I arrived at the field there was a group of kids there that just completed a 7on7 tournament. I noticed they saw me about to start my workout so I invited them to join me. I really can’t explain the joy I received working with those kids today. The way their faces lit made me extremely happy. I’m thankful and blessed. In da 🔬 @d.robalwaysopen #mambamentality #throwupthex

However, that was not the question. Dez was not gaining much separation in his dwindling time in Dallas before his two-year hiatus/unpaid vacation. I know that the former Pro-Bowler doesn’t have pads on, but I would say he looked pretty solid, nay I say smooth in this video with Super Bowl MVP, Pat Mahomes in a throwing session in late February.

According to Tom Pelissero of NFL network, Dez says he’s in a good place mentally and physically. We know the former 25th overall selection from 2010 NFL Draft is not going to take the top off of a defense, but as far as having the ability to use his body to get position to make bully-catches, I’d say the ‘juice’ is still there.

The three-time pro-bowler can play both outside and inside, but where could the Baltimore Ravens use him best? In the slot, the Ravens already have some nice talent in Willie Snead IV and the young rook Devin Duvernay who simply made it happen in his time in Texas. Willie only averaged 21-yards-per-game in 2019, but still has some chemistry with Lamar Jackson as proven today with this bomb.

I get it! It’s one pass, but Snead looks quicker and slimmer this year and put in significant work this offseason to prove he belongs. Dez will have his hands full trying to edge this guy out. In Dez’s defense, what he can do after the catch is phenomenal. Even in a down year, he still made people miss.

Dez Bryant forced the fifth-most missed tackles after the catch in 2017 pic.twitter.com/mQWMHHqbfI

Let’s look at the outside. We already know Marquise “Hollywood” Brown is the clear-cut #1 WR in this outfit. So that leaves eyes for Miles Boykins‘ spot. It’s not like his three TDs are keeping his starting spot secure. In fact, if Miles had shown just a glimpse of what he did in the 2019 training camp and preseason, Dez would not be on his way to town right now. Miles has the talent to keep his spot. He just needs to put it all together.

3. Would he Start Immediately?

I am constantly reminded of the 2011 season when the Baltimore Ravens signed Lee Evans when there was plenty of young talent waiting on the bench to get their opportunity to be effective. We remember how that all panned out. Sorry I even brought his name up.

James Proche is one of those guys who is only competing against his best self. He’ll make every catch and deserves a real shot to compete. What I am getting at is bringing in Dez and making him the immediate starter stunts the growth of the younger WRs. But it may be a gamble that pays off. It’s really all about how he jells with the 2019 MVP.

I’m not talking about starter status here. I am talking about making the team period. Let’s take a look at the full roster of receivers:

I am not saying this is the depth chart. I am sure plenty of you Antoine Wesley fans would be ready to riot if I did. All I am saying is Dez just needs to land in the top six to make the roster. Baltimore usually takes six WRs into the season. Let’s say I got the top four receivers correct, and the last two spots are up for grabs.

Chris Moore is in bad shape right now, because of the broken finger he suffered today, putting him out for a month.

Jaleel Scott would need to have a stellar Boykin-like camp on offense and show up on special teams to have a shot at making the team. With that said, will Dez play special teams?

Wesley is a fan favorite, but can he stack enough good plays to make the roster? I am going to piss off a lot of Ravens Nation and say “no.” Dez’s prestige/7459-yd, 73-TD resume (laminated) alone is enough to slide him by Wesley should they decide to sign him.

I’ll even go as far as saying as long as Proche doesn’t screw the pooch too bad on his return opportunities, he’ll make the roster. So, that leaves one spot, realistically up for grabs.

5. Can he keep the “passion” under control?

Of course, this article cannot come to a close without a discussion of the fire that is in Dez. That fire is what the Ravens need on offense, but that same passion for the game can be an absolute headache on the sideline as well as in the locker room. We’ve all seen the blowups.

The thing about Dez is that he has the mentality of Dennis Rodman. Dennis was one of the best at his position on the court. However, the second he stepped out of bounds, who knew what was going to happen. Vegas trips, wrestling matches, you name it. The former OSU Star will have to control some of that wild side to stay out of John Harbaugh‘s “dog house.” It’s a real place (just ask Chris McAlister.)

If Dez can put some of the Diva away, return to form, pass the workout to get signed, play special teams (maybe), and beat out five different guys for a spot, the Ravens may have a gem. Yes, it is the very definition of an uphill climb, but if anyone can do it, Dez can. The Ravens wanted him badly in 2010 but have another chance now. Hopefully he’s everything they’re hoping for.