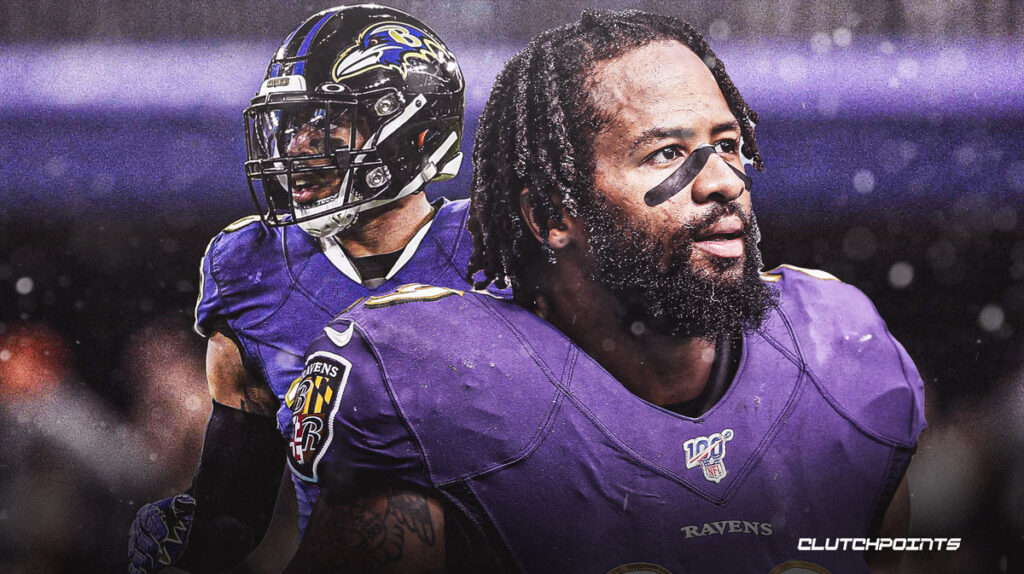 Was The Fight With Chuck Clark The Final Straw?

The Earl Thomas situation is one to watch. The fight during practice yesterday with Chuck Clark (Friday, August 21) wasn’t your usual camp altercation. It involved two starting defenders – two safeties who play side-by-side.

Word is that after being torched a few times, the Ravens defense, particularly captain Clark, was quite perturbed and he let Thomas know that his inability to handle his assignments triggered the breakdown in the secondary. Allegedly, Thomas didn’t take kindly to the criticism and sucker-punched Clark. The ensuing melee lasted several minutes along the defensive sideline, even spilling over onto the practice field during live reps.

From the vantage point of the media in attendance, Tavon Young, Jimmy Smith and Anthony Levine, Sr. all attempted to be peacemakers. Interestingly enough, when order was finally restored Thomas and Young were the only two of the group still on the field. The others were sent to the locker room.

Thomas stood alone on the sideline. The isolation was telling.

Earl is a ticking time bomb. There was evidence of it in Seattle. Last season in Week 4, he openly criticized Brandon Williams, a popular leader on the defense, due to a knee injury that kept him out of the game in Baltimore against the Browns. During pressers Thomas’ loose tongue spews out bulletin board material for opponents. This offseason he was involved in a life threatening altercation with his wife.

The Ravens defense is unorthodox. In some ways it is position-less. In other words, defensive coordinator Don “Wink” Martindale regularly moves his defenders all over the field based upon opponents’ tendencies and strengths. This tactical approach works well for the Ravens personnel, provided they communicate. Pre-snap adjustments by opposing offenses require rapid countermoves from Martindale’s unit. At the center of these adjustments is Chuck Clark.

If one of those pieces goes rogue and improvises, Martindale’s approach could all break down. On Friday, that happened all too often and big offensive plays were the result. Thomas’ freelancing is believed to be the culprit.

Sources have claimed that Thomas isn’t very well-liked in the locker room. He isn’t punctual for group meetings and is aloof. Teammates have casually dismissed the antics as Earl being Earl and given Thomas’ resume, the aloofness is accepted. But the patience of teammates may have run out after the altercation with yet another popular teammate – Clark.

Thomas isn’t the Earl Thomas of old. Regardless of his Pro Bowl status last season or his inflated production numbers courtesy of Pro Football Focus, the eyeball test tells a different story. Earl looked slow, stiff and wasn’t the playmaker that his contract suggests. And unfortunately, the lasting impression of his 2019 season in Baltimore is that of Derrick Henry essentially dribbling him down the right sideline during the Divisional Playoff Game against the Titans.

So, it begs the question, given the solidarity the Ravens enjoy, Thomas notwithstanding, is the juice worth the squeeze? Is Thomas the right player for the Ravens?

Unfortunately, Thomas carries a cap figure of $15M in 2020. The figure remains the same with or without Thomas on the roster because his $10M salary this season is guaranteed. If the Ravens do release Thomas, they will carry $10M in dead money into 2021 but they would save $6M in cap dollars – cap dollars that next season are even more valuable given that the overall cap is expected to drop due to the financial fallout of COVID-19.

It’s a tough call for the Ravens. According to RSR Capologist Brian McFarland, if the Ravens could find a trading partner (Dallas?), they could then move $10M in salary to the acquiring team and create $10M in cap space in 2020. But without leverage, could Eric DeCosta get another team to absorb the full number?

Word is that Earl isn’t on the practice field today. Maybe it’s part of a cooling off period for the players and coaches. Maybe it’s the beginning of the end. No matter how you look at it, this isn’t what a Super Bowl ready team needs given a limited offseason without preseason games.

The guess here is that the organization with its very capable leadership will defuse the explosive situation. The wildcard though, is Thomas. He’s an unusual guy and he’ll get paid no matter what. And therein lies the danger with narcissistic personalities. He might not give a rat’s ___ because he still gets his.

As I write this, I recall a comment from Thomas last year about Chuck Clark who was then set to take over for the injured Tony Jefferson. He was commenting on Clark’s intellect:

“I saw that, first day in football school. He was on it. He was just like a starter. I was like, ‘Bro, why would they bring me in and they got this guy?'”

It’s a question the Ravens collectively must be asking themselves at this very moment.