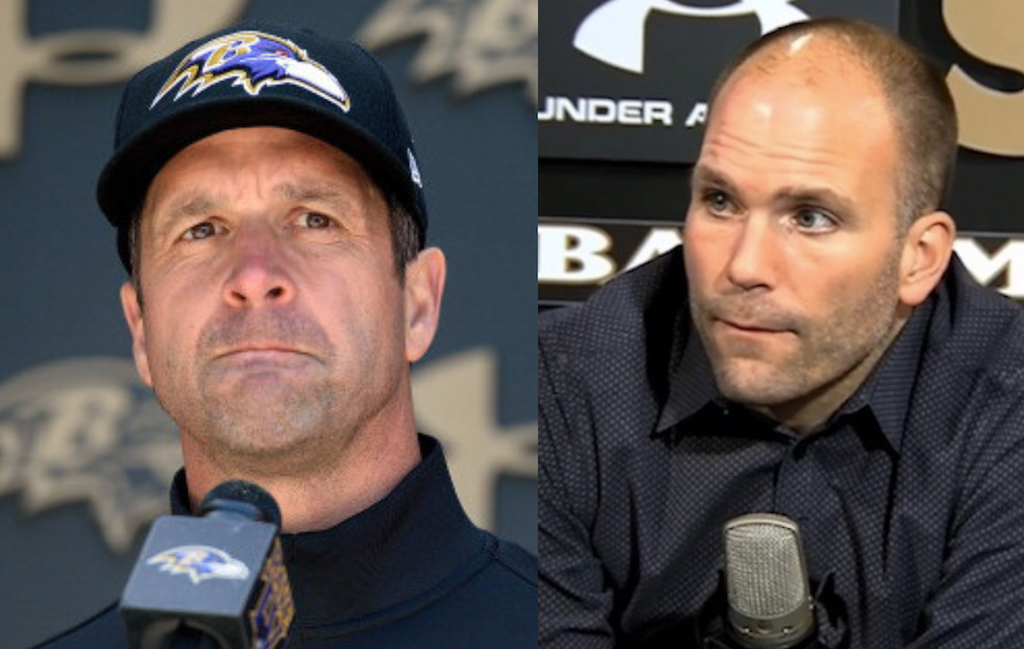 The Ravens attribute much of their recent success to chemistry in the locker room.

They were a tight-knit group and the results show on the field.

This offseason, they’re not going to toy with that chemistry.

The team parted ways with Pro-Bowl safety Earl Thomas over various infractions. Most recently, he got into an altercation with teammate Chuck Clark. The Ravens released this statement: “We have terminated S Earl Thomas’ contract for personal conduct that has adversely affected the Baltimore Ravens.”

The Ravens wasted no time moving on from Thomas. Coach John Harbaugh declined to discuss the situation with reporters and said the team is “Moving forward. Eyes all ahead. Eyes ahead.”

“I think the statement speaks for itself,” he said. “There’s really not much more to add to that. Just planning on leaving it at that at this point.”

Chris Hewitt, the team’s pass defense coordinator, also would not take the bait:

“I think Coach already talked about that. I think we’re moving on in a different direction,” he said. “You guys want to keep on talking about Earl Thomas, I think we already addressed that.”

Thomas was initially sent home after getting into a heated exchange with Clark. Thomas was also told to stay home the following day while Clark was at practice.

The argument stemmed from Thomas being caught out of position during a team drill. For Clark to explode the way indicates this is not Thomas’ first transgression. Clark is one of the most respected players on the team and he is the leader of the defense.

The Ravens need all of the players on the same page if they want to make a Super Bowl run this season. Thomas was caught out of position several times during the early part of last season before getting a better grasp of defensive coordinator Don Martindale’s playbook.

The release of Thomas also indicates the Ravens would be reluctant to take on other players that could be potentially disruptive.

The Ravens were linked to mercurial wide receiver Antonio Brown after a video surfaced of him working out with his cousin Marquise Brown and quarterback Lamar Jackson in Florida. Antonio Brown went as far as photoshopping an image of himself wearing a Ravens jersey.

Jackson even stoked the flame by lobbying for the team to sign Brown.

“That’s the type of guy we need in our locker room,” Jackson said. “And I feel like the locker room here is different from any other locker room. It’s like a brotherhood going on. It’s none of that outside noise; it’s strictly inside. We worry about each other; we worry about what we have going on. We want to win, and I can just tell in him that he wants to win. He wants to play ball.”

The rumors have since died down, especially after Brown was suspended for the first eight games of the 2020 regular season.

Last week, the Ravens hosted Dez Bryant for a workout. The team could possibly use another veteran wide receiver to complement its young group of playmakers. Jackson was less effusive about signing Bryant compared to Brown.

“We have a lot of receivers right now,” Jackson said. “It’s up to the front office. I’ve been seeing Dez on Instagram and stuff like that running routes. He’s looking pretty good on social media. If the front office likes him, we’ll have to see what he gives you.”

Bryant left Baltimore without a contract and the Ravens’ interest appears to have wanted.

These are risks the team doesn’t need to take.

There’s simply too much at stake to have distractions.

“We’re not going to have a chemistry problem,” Harbaugh said this past week when talking about the defense.

It’s embedded in the Ravens culture.