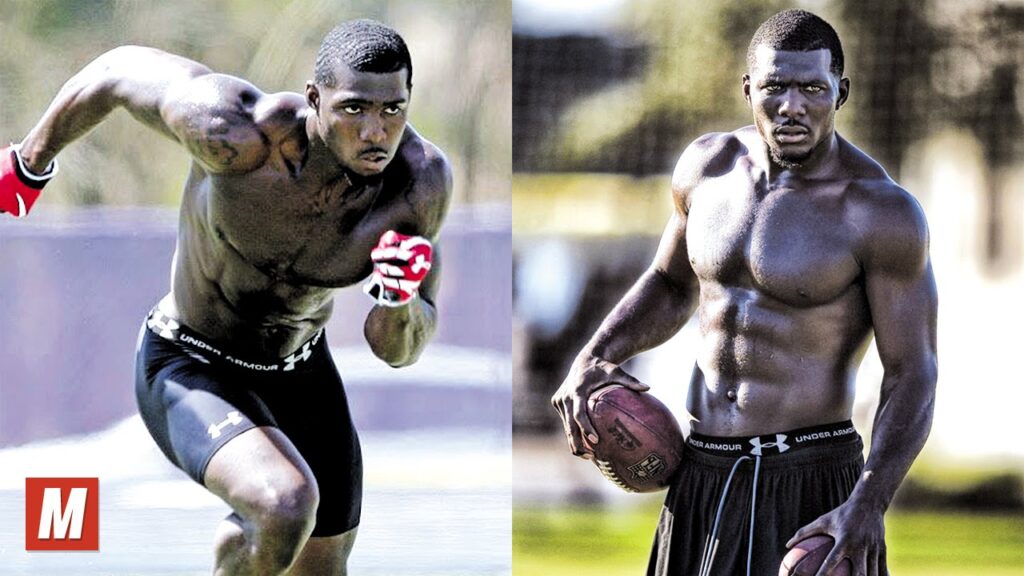 Where Will He Land?

The world of professional football is paved with lost potential. In no case does this feel truer than with former Dallas Cowboys receiver Dez Bryant. The 31-year-old Texas native played a full eight seasons with the Cowboys, going onto distinguish himself as a record-breaking player and potential legend in the making before tragically tearing his Achilles tendon in 2018, only two days after signing a $1.25 million deal with the New Orleans Saints.

During his distinguished career, Bryant caught the attention of NFL fans everywhere with his unbelievable talent on the field. He continues to hold the all-time franchise record for career receiving touchdowns and currently ranks 5th for the Cowboys in all-time receiving yards. He has been ranked in the NFL Top 100 players for every single year that he played with the Cowboys, with pundits generally agreeing that he was one of the most promising names in football.

While fans around the country expressed dismay and concern following his devastating injury, there is room for optimism. Bryant has, in his own words, made a full recovery, and has announced on Twitter that he is planning a comeback in time for the next season. With this in mind, we started wondering what kind of moves Bryant could make, and where he might end up. Read on to find out more.

Move #1: A Fresh Start with the Baltimore Ravens

This one might come as a surprise to those who have followed Bryant’s career, but it is currently the most promising lead we have. While there have been few immediate takers following Bryant’s announcement that he was ready to get back to business, the Ravens have undoubtedly shown the most interest. In mid-August, they even invited him to Baltimore to participate in pre-signing workouts.

While the Ravens have been tight-lipped about whether they will sign Dez, it’s clear that there are no guarantees. During workouts, analysts surmised that Bryant might not be as attractive as the Ravens 23-year-old wide receiver Miles Boykin, a development that could certainly throw a spanner in the works if true.

Move #2: Pick Up Where He Left Off with the Saints

Another option for Bryant is to pick up where he left off with the New Orleans Saints. Given that he received his injury a mere two days after originally signing with them, it would hardly come as a surprise if the Saints decided that they were still keen to see if he was worth their money.

Granted, his return to the Saints was dismissed late last year by coach Sean Payton, who told ESPN that he “could not forecast a future with Dez”. However, things have changed since then. The Saints could use a talented wide receiver like Bryant, especially now that they are emerging as the hot favorites to win the 2021 Superbowl across all major sportsbooks. If you want to see how the odds for the Saints change as the Superbowl approaches, the authorized sites mentioned on Legalbetting will surely provide some interesting reading over the next few months.

Move #3: A Shock Return to the Cowboys

It would make perfect sense for Bryant to return to the familiar embrace of the Dallas Cowboys. It was where he cut his teeth and has spent virtually his entire career, frequently scoring game-winning touchdowns and proving pivotal to the squad’s success.

Of course, it’s also worth noting that Bryant explicitly singled out the Cowboys in his comeback announcement tweets a few months back, making it clear that his old stomping ground would be his preferred choice.

That said, it is not all clear whether he will ever don the silver and blue again, given that the Cowboys have offered little more than radio silence since his announcement.

The head coach of the New England Patriots, Bill Belichick, has a legendary reputation for reviving NFL careers that others had written off. Randy Moss is just one example of Belichick’s abilities at work, and there is no reason why he couldn’t do the same for Bryant.

Fans will note that, back in 2007, Moss was thought to be on the road to an early retirement following a mediocre season with the Oakland Raiders. However, a surprise signing with the Pats in April put him back on the path to superstardom and cemented his position as one of the most formidable players in the League.

As the season revs up again, the Patriots are most definitely in dire need of a veteran wide receiver with a top-tier track record. They had previously signed Antonio Brown for the job back in 2019 but decided to cut him after only 11 days due to a variety of personal and legal scandals that engulfed Brown shortly after his signing. Bryant could be just the person that they need to plug the gap and shore up the squad.

Dez Bryant’s future remains a mystery for now, but we have little doubt that he will be snapped up before long. Watch this space to find out more as things develop.