Hello random Browns fan that has strolled onto a Ravens blog for some reason. How are you doing today? Quarantine got you down? Hey, at least your team seems to be on the up and up so all their past mistakes and misfires don’t matter anymore right?

I am going to remind everyone the place the Browns have in the AFC North: beneath the boot of the Baltimore Ravens. You, my Ohioan friend, are going to sit there and read what I have to say about your sad excuse for a football team.

For my like-minded Ravens fans reading this, I may sound a bit more irritable than usual. I’m just so done with social distancing, so I’m going to vent all my aggression on the puppy dawgs.

5. The treatment of Tim Couch

I hold the belief that the road of QBs for the Browns should’ve started much more smoothly than it did with Tim Couch leading the pack. Couch had quite a bit of talent coming into Cleveland, but expansion teams are never in a position to succeed in the NFL. What poor Couch endured though, went above and beyond.

Tim (C)ouch was sacked 56 times as a rookie and 51 times in year three. He broke his leg in the exact same game this iteration of the Browns clinched their first and only playoff berth. The man was thrown into an awful situation, and set the tone for those who would follow. Couch himself has said his confidence was shot. Still, he was the only Browns quarterback to start 16 games in a season between the time he did it all the way back in 2001 until Baker Mayfield did it in 2019.

Let me put it this way: when the Dallas Cowboys were forced to move on from Tony Romo due to his 112th back injury, Dak Prescott was thrown into an almost perfect situation. He had a top-3 O-Line, prime Dez Bryant and a solid receiver corps, and of course, Ezekiel Elliott. The Cowboys, for all their faults as a team, threw their rookie into the fire and Dak has already accomplished more than every Cleveland QB put together.

Imagine how different the football world could be if the Browns ever protected Couch.

2011 sure was a crazy time wasn’t it? How the hell did a CLEVELAND BROWN win a cover vote?

I don’t think any Madden athlete embodies “one-year wonder” like Peyton Hillis does. After rushing for nearly 1200 yards in 2010, Hillis was named the cover athlete of Madden 11. He would never come anywhere close to that again and would be out of Cleveland in 2012.

Hillis is a pretty good analogy for the Browns as a whole actually…comes out of nowhere and shows promise, and then goes nowhere and crashes and burns horribly.

Come to think of it, Hillis winning the cover vote is probably the closest Browns have come to winning something since their return.

I love this game.

The kick-six game is one of the most ludicrous games in Ravens history and for the Browns it was just another Tuesday. I’d say Monday, but the Browns don’t get a lot of Monday games.

All of this and more was in play against the Ravens and the Browns still managed to lose in the most Browns way possible: by way of blocked field goal return by a guy who would be out of the league less than a year later.

The Browns couldn’t beat the Ravens at their lowest. Pretty sad isn’t it?

Of all the coaches they pulled the trigger on too early, this is the guy they kept around?

I will concede that it wouldn’t have been fair to axe him after going 1-15, as the guy had nothing to work with. However, what more could you possibly want to see after going winless?

It’s not just that Hue Jackson is an abomination of a coach; he’s also just a clown. Stating to Baker’s face that there were other QBs that he wanted and that speech he gave him on Hard Knocks about “earning” the backup job were enough to completely damn this guy as a serious candidate to ever be a head coach candidate ever again.

Let me put it this way: if the Browns had done everything the same but axed Hue for a real head coach, they might’ve rode Baker’s rookie year into a wild card berth or even a division title. They didn’t, so we can still point and laugh.

This is one that I don’t think gets enough attention. Question: who is the oldest player to be drafted in the modern draft era? Answer: Brandon Weeden.

What a stupid pick. In a league where you’re lucky to even still be playing in your 30’s they drafted a player who turned 29 during his rookie season. I think this is the worst draft pick in Browns history and yes I am including Trent Richardson who was taken third overall in the same draft as Weeden.

Let me rattle off a few names: Harrison Smith, Alshon Jefferey, Kirk Cousins, Russell Wilson and Dont’a Hightower. These are all of the players they could’ve taken over the guy who was almost 30.

This is classic overthinking by the Browns. Like, really? Did this guy really need to be drafted in the first round? Did you really want him that badly?

The Browns had the third youngest roster in the league in 2012. Why would you not draft a QB to grow with the roster? Or am I making to much sense?

Weeden would be out of Cleveland after two years. In the span of those two years, he had his job taken from him by the Bald Goat himself, Brian Hoyer, before an ACL tear that ended Hoyer’s season.

Good job Cleveland. It’s been fun watching this circus from a distance. No list like this could ever be complete – see you next time when I’ll go over some that I undoubtedly missed. 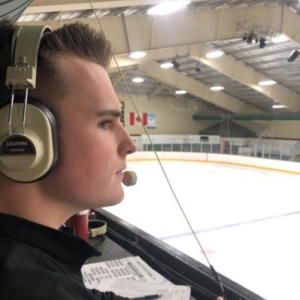