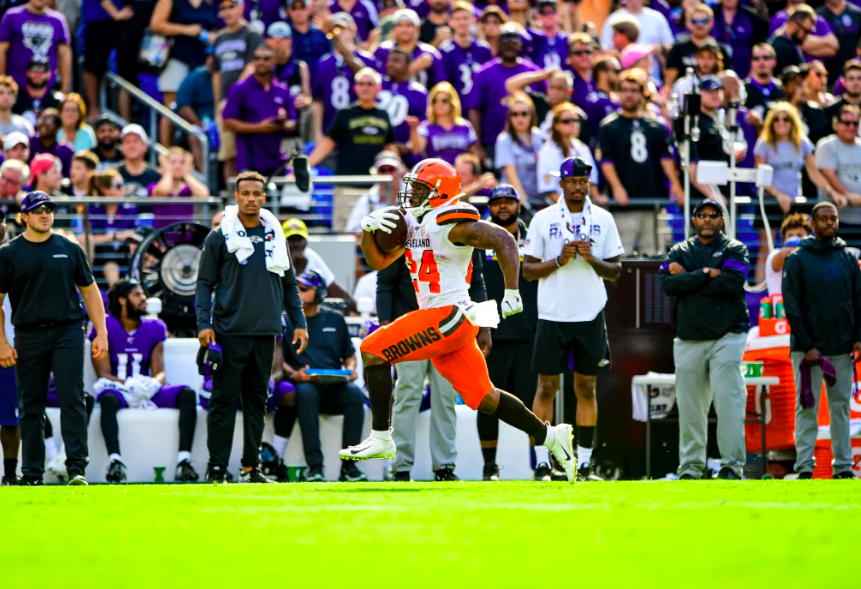 The Cleveland Browns ran over the Ravens 40-25 the last time the teams played at M&T Bank Stadium.

It was also the last time the Ravens lost a regular-season game in 2019. The Ravens got their measure of revenge against the Browns with a 31-15 victory over Cleveland in December.

Coach John Harbaugh likely spent parts of this week looking at the game film from those two games. It’s all that he has to work with considering there were no preseason games this season.

The Browns have a new coach in Kevin Stefanski and offensive coordinator Alex Van Pelt so they’ll give the Ravens a different look when the teams meet again for the 2020 regular-season opener at M&T Bank Stadium on Sept. 13.

In a year full of many unknowns, chalk this game up as another challenge.

“We don’t know those two guys [Stefanski and Van Pelt], per se, as play-callers too much,” Harbaugh said. “They both have experience, but it’s not a vast amount of play-calling experience. So, we’re going to play against the system and the players. And whatever plays are called, hopefully we can defend them.”

The Ravens are 7.5-8.5 point favorites heading into this game. However, the Browns will be a challenge because of the number of playmakers on the roster.

If Stefanski gets everyone to buy into his philosophy and pull in the same direction, Cleveland could emerge as a dangerous team this season. Of course, the Browns could just as easily go in the other direction, so that will be a storyline to watch.

The Ravens have one of the deepest and most talented rosters in the NFL. They are one of the favorites to dethrone the Kansas City Chiefs as Super Bowl champions.

Harbaugh and his players might have snuck up on some teams last season. That won’t be the case this year. The Ravens will play every game with a bulls-eye on their backs.

After a tumultuous offseason, the Ravens have set their initial 53-man roster and added 16 players to the practice squad.

Harbaugh has been fully focused on the Browns this week. Still, there isn’t a sense of normalcy surrounding the week, as the challenges of COVID-19 continue.

Everyone inside the Under Armour Performance Center has to wear masks. The team and personnel must maintain social distancing.

As a result, Harbaugh is happy to get back into the game-planning an opponent, but nothing really feels normal. This sense of oddity will carry over to the game Sunday with no fans in M&T Bank Stadium.

It’s just the nature of 2020 — the craziest year in our lifetime.

“I mean a more normal time for the in-season part of it,” Harbaugh said. “Training camp … This has been a different kind of a year, sure, as far as training camp. But training camp practices and things like that [are] still football practice. I don’t know how ‘quote-unquote’ normal this is, because, obviously, it’s just different.

“We haven’t played a game yet. This is the first game without any preseason games. We still do have the protocols in place that you guys are mentioning. So, I don’t know – is anything normal in 2020? I guess we’ll find out.”