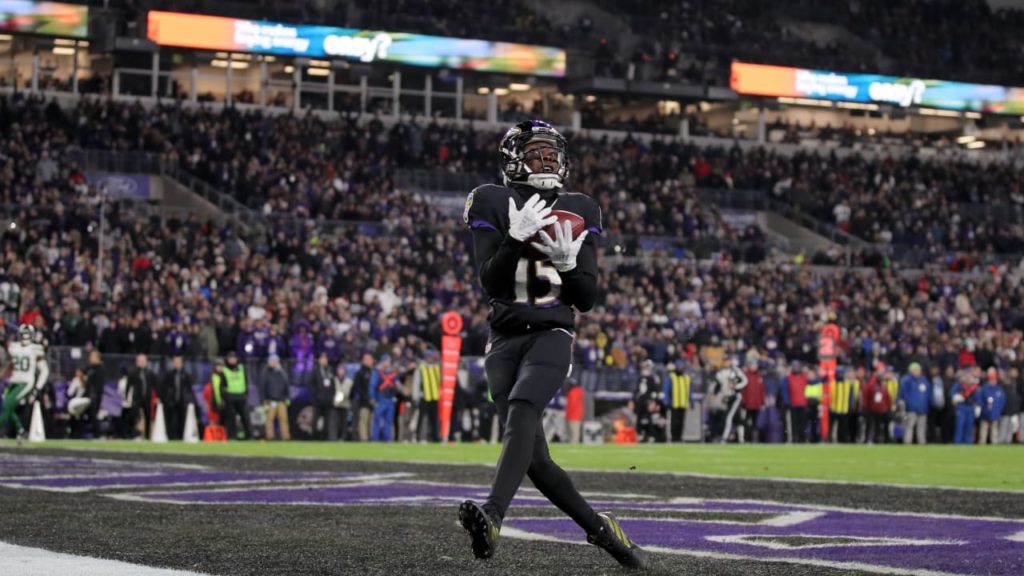 With the first week of the NFL season upon us, it’s time we start making magic happen with those fantasy lineups. While my counterpart, Carey Stevenson, is focusing on the DFS play, I’m here to guide some of those league play options for Ravens fans.

Our primary focus on a weekly basis will be the fantasy ramifications of the Ravens and their opponent for that given week. Rightfully so, we start with a matchup of inner-AFC North foes, as the Ravens host the Browns on Sunday at 1 pm.

Also, I’m not mentioning Lamar Jackson as a Start ‘Em in any edition of this. It’s blatantly obvious to start the 2019 MVP. If you can’t figure that out please find me on DraftKings (AdamBMore) and I’ll glady take your money in a Head-to-Head.

Mark Andrews. I don’t see the Ravens getting a ton of time to let plays develop, as a newly formed interior offensive line (at least one position) may have some fits versus the Browns stout defensive front. Accordingly, I think Lamar will focus on targeting his Tight Ends & Running Backs far more than the wideouts. Andrews happens to be Lamar’s favorite target. He’ll eat.

Austin Hooper. Yes. Start a Browns player. This is not indicative of me thinking the Browns are going to light up Baltimore by any means. This is simply an assumption that the Ravens will be scoring in bunches and the Browns will need to play catch up through the air. The wideouts will be locked down by the Ravens’ stout secondary, and I expect Hooper vs. rookie linebacker Patrick Queen to be Baker’s main target (he’ll learn & grow, no worries).

Baker Mayfield. Despite the Browns essentially dismantling the Ravens defense in their first bout last season, Mayfield only put up 17 fantasy points in that game – the same amount he put up in the loss to Baltimore later in the season. Given the Ravens’ improvement on the defensive line, coupled with their lockdown secondary, I cannot fathom Mayfield will find himself in a 20+ point territory this week.

Hollywood Brown. I know sitting Hollywood won’t sit well with most, especially with a favorable matchup against a weaker Browns secondary suffering from injuries; however, it’s the front seven of Cleveland that has me concerned. Holly is very boom-or-bust this week to me, and while he certainly could take a quick slant to the house? The uncertainty has me pumping the brakes.

J.K. Dobbins. I don’t think it’s a stretch to say the Ravens rookie running back will earn himself some looks out of the gates, but what will those looks… well, look like? I think we’ll see Dobbins split wide with a few targets coming his way, and find himself some space when carrying the ball. Is 10 carries too many? I don’t think so, especially considering there was no preseason for players to knock rust off, and it’s likely Harbs will look to spell veteran Mark Ingram, whether that means by series, or mixing it up within each drive. Toss in a couple catches… maybe 70 total yards… finding pay dirt… I think Dobbins is a sneaky start out of the gates.

Kareem Hunt. Similar concept as with Dobbins, I think Kevin Stefanski will mix up his backs fairly often, as neither is quite ready to carry a game load out of the gates. Hunt is the bigger threat catching passes out of the backfield, and he may very well end with more fantasy points than Chubb on Sunday.

Sleepin’ Around the League

Let’s talk sleepers around the rest of the league.

New England’s defense was a terror for most of 2019… except it’s not in 2020. They’ve lost a handful of key starters, which won’t help them, even if the opponent is the Fins. Should Cam Newton & the Pats offense do a number on the Fins defense (they will), Fitz will be tossing it around quite a bit on Sunday.

The Bengals may have a high powered offense- and that’s exactly what I’m counting on here. The Bengals defense is a rather weak unit, and if this game gets into shootout mode, Taylor could have a big day in fantasy. There’s no doubting his weapons – possibly the best of his career – it’s simply a matter of how high scoring this game gets.

The Jets defense is bad. The Bills offense looks to be good. But Devin Singletary doesn’t seem to be ‘the guy’ to get the Bills ground game both consistent and effective. The Bills drafted Moss for a reason, and even if Singletary starts, Moss could be a vulture on a handful of plays – including goal line plays – that make his fantasy value worth an add.

This is a deeeeeep sleeper, and really only for folks playing with a hand behind their back (some of us may have waited too long for a depth RB move in our drafts). With Kenyan Drake doing his thing in a walking boot, despite rumors he’s fine for Week 1, I don’t see him taking the lion’s share of the carries against the 49ers. Instead, I think we’ll see a hefty dose of Edmonds mixed in. If he breaks one (or two) this play will look brilliant.

I love that stack game of Fitz & Williams this week against a depleted New England defense. Before his injury last season, Williams was establishing himself as a big time WR2 for the Fins, and if DeVante Parker is lining up against the Pats’ top defender, I like Fitz targeting Williams often on Sunday.

The Lions are going to be throwing it all over the place. It’s what they do (even if Kenny Golladay is out). As such, the Bears will find themselves playing catch up, and needing to throw. While I don’t like Mitch Trubisky in any capacity, if they’re going to have any shot, Miller will be a big part of it. Look for him to be a target monster against the Lions.

This is strictly about matchups. Jalen Ramsey will shut down Amari Cooper. Running on the Rams will be tough (unless you’re the Ravens). CeeDee Lamb is a rookie seeing his first NFL action. So really, we’re looking at Michael Gallup & Blake Jarwin. While Gallup could produce in this game as well, Tight End  Jarwin will be going against a weak LB corps for the Rams and should do serious damage in the middle of the field.

The Joe Burrow-led Bengals may score, but the Tiger King is also coming into his first NFL game without the benefit of any preseason games to work out the kinks and get up to speed. While the points are moot here, taking some ill advised sacks and tossing a couple picks makes this a sneaky fantasy play.

The WFT may suck on paper. And they may suck in real life. But… uh… I had a point here… oh, right – the Eagles offensive line sucks too. They also will be without the services of Alshon Jeffery and potentially rookie Jalen Reagor. An offense thin on weapons and operating behind a weak O-Line will make for a favorable matchup for a surprisingly stout WFT D-Line to eat all day.