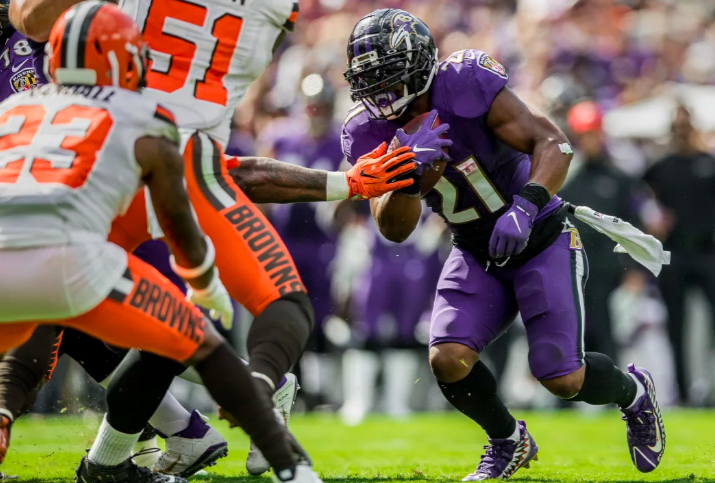 I think we can now all collectively breathe a sigh of relief, football is FINALLY back. After what feels like an eternity with COVID-19 disrupting nearly all major sports and events, Week 1 of the NFL season is upon us.

It’s going to be an odd season, especially early on, for bettors. With no preseason and no fans, it’ll be difficult to know how each team will adapt to this new normal. Either way, it’ll be fun to watch.

Since it’s Week 1, I like to provide a little Betting 101 session for those of you who may be unaware of how a betting line works:

Total – Total combined score between the two teams (O = Over, U = Under)

I will be using the spread data from the Action Network, and the other game-related records and stats will be compiled from my own data combined with OddsShark.com. The lines will be as of Wednesday each week.

This year, I’m going to go with a little different format. As opposed to picking every game, I’ll be only picking a handful of games each week (one of which will be the Ravens) and providing my lock of the week.

Before we get down to business, here is probably the most important line that you will read:

Feel free to play along, tell me where I’m wrong, post your own picks, or just enjoy the read. Onto Week 1…

Green Bay swept the season series last season, but with their offense lacking any real firepower outside of an aging Aaron Rodgers, the Vikings defense should be able to hold them mostly at…bay. Minnesota also doesn’t have the horses on offense, but they should have enough to cover a field goal in the opener.

As will be the theme for a lot of these games for me this week, I’d hammer the under in this one. Both teams will rely heavily on the running game so look for a total below 46.

Per The Action Network, 61% of the bets and 57% of the money to date is coming in on Green Bay. If you’re a contrarian, that bodes well for you if you’re with me on Minnesota.

Although this game has a major unknown in Cam Newton, the Dolphins have a history of playing the Patriots tough. Add to that the losses of numerous starters for the Pats for various reasons (Brady, Hightower, Cannon, Chung, Van Noy, and the list goes on) and this has the makings of a down year for New England. I’ll pause while you feel sorry for them…

The additions of Kyle Van Noy, Jordan Howard, and Emmanuel Ogbah will make a huge impact this year for Miami and coach Brian Flores. Flores has done a phenomenal job with what he’s had in Miami during his tenure and with a few more pieces to play with, I look for Miami to flirt with .500 this season and they’ll look the part in Week 1 by keeping it within a field goal against the Pats.

This one was very close to being my lock of the week. With New England potentially taking a step back, the Bills are being talked about as the team most likely to take the AFC East crown. I tend to agree with that thinking. The offseason addition of Stefon Diggs gives this offense a much-needed boost as it ranked 30th in points per game last season.

The Jets are already banged up with Breshad Perriman and Denzel Mims having missed time this offseason, and starting inside linebacker C.J. Mosley having opted out. They won’t be able to put up points against a solid Bills defense and the Bills offense will do plenty to cover the touchdown here.

The Saints have burned me time and time again early in the season. So much so that they’re on my blacklist each year for my survivor pool until after the first few weeks. On paper, you can make the legitimate argument that this is the best team in the NFC. They’ve added Emmanuel Sanders to complement the sure-handed Michael Thomas and further beef up their offense. Their defense was no slouch in 2019 either.

Tampa did some beefing up of their own this offseason, acquiring Her Majesty from the Patriots. However, Brady is on the downside of his career and he proved that last season in New England. In Tampa Bay, he’ll have a bevy of weapons that are much more dangerous than what he had during his last few years with the Pats. Mike Evans and Chris Godwin should both benefit from a veteran quarterback that doesn’t enjoy throwing the ball to the other team, but I see it taking a few weeks for them to hit their stride.

I can’t stay away so I like the Saints to cover the 3.5 points, but barely. Brady has a habit of starting a bit slow and that won’t change with a new team this year. Once again, I’d bet on the under in this game with two of the top four defenses from 2019.

New Orleans is 1-7 ATS in their last eight home games in September but have won 13 of their last 17 games against Tampa Bay.

I’ll be honest: I’m going to stay far away from this game from a betting perspective. Giving eight points at this point of the season seems like a ton against a Cleveland team that will be hungry to prove that 2019 was a fluke.

The Ravens offense has the potentially to be as good, if not better, than they were last year. For that to happen though, several rookies will have to step up, mainly James Proche and Devin Duvernay. If they can continue their strong showing in camp, they can make this offense even better than last season, which is downright scary for the rest of the NFL. That won’t happen right away though in Week 1, especially with no preseason. I look for the Ravens to rely on the ground game much like they did last season and grind out a victory.

I like the Ravens to win, but Cleveland will keep it close and cover the points.

I initially wasn’t going to pick this game, but the more I looked at the line, the over/under made me ultimately lock in on Pittsburgh. With the Steelers projected to have a top five defense this year going up against Daniel Jones, the total looks inflated to me. The only way I could see Vegas thinking this game approaches that number is if the Steelers run away with it in New York. With Ben Roethlisberger seemingly healthy, they’ll be able to put up points while their defense limits the Giants’ attack, allowing them to cruise to an opening week victory.

In their last five road games of 2019, the Steelers only gave up 18.4 points per game. There’s no reason to believe that won’t continue into this season.

Without a preseason, I would hammer the unders in a lot of these games. Defense should have a leg up on offense at this point so I would expect some lower-scoring affairs early on this season.