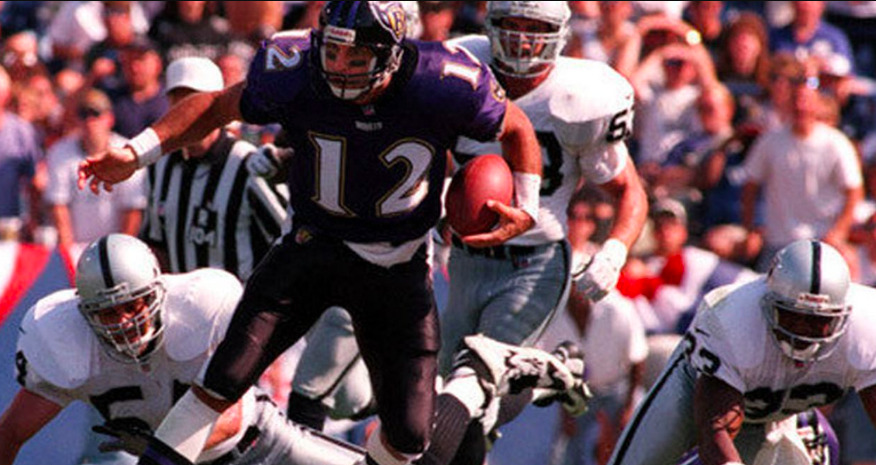 September 1, 1996 was a glorious day in the history of Baltimore as football had officially returned to the state of Maryland. The rushed exodus of the Colts was finally in the past. The Ravens had arrived.

I’m not here to give you a history lesson on how the Ravens got to Baltimore; we all know that story. I’m here to do something else…

Let’s watch the games! I invite you to come along with me as I go through the inaugural campaign week-by-week. As I wasn’t born until 2001, this will be my first time (hopefully) seeing these games. In this series, I’ll give my impressions as I watch (where able), in addition to throwing in some insights from fans who remember that return of the NFL.

The 1996 season was a rough one for the new franchise, but growing pains are what have built this team into what it is today. Let’s celebrate 25 years of the Baltimore Ravens.

Full disclosure: I’m not absolutely certain I’ll be able to find all these games to watch (we know how the NFL is about these things). When I can’t, we will find another way to reminisce.

Luckily, the Week 1 game was easy to find, thanks to the Ravens.

It was a sunny day at Memorial Stadium. Kickoff was at 1 P.M. A few Colts, including Johnny Unitas, were in the building to celebrate the occasion. Bob Trumpy was doing the color commentary for this game. After the Browns moved and the Ravens were born, Trumpy had some, shall we say, negative comments about the Ravens. Many fans in the stands had gotten their hands on signs that said “Dump Trumpy.” Trumpy himself was a good sport on the air and was happy to be the bad guy on Baltimore’s weekend.

Ted Marchibroda was the first head coach in Ravens history and Vinny Testaverde the first starting quarterback. Here’s some fun Ravens trivia for you: The previous season, in 1995, Marchibroda – who led the Baltimore Colts from 1975-79 – coached another veteran QB to a 9-7 campaign, losing in the AFC Championship game. That quarterback?

The 64,000-plus-strong crowd was, at the time, the largest crowd recorded for a Baltimore sporting event.

Their opponent: The Oakland Raiders.

The Raiders were coming off of an 8-8 season and would eventually end the ‘96 season at 7-9. Billy Joe Hobert was the starting QB. Future hall of famer Tim Brown was also on the field that day.

The game itself started sluggishly. The broadcasters likened the slow start to recent political conventions as both teams struggled to move the ball early. However, it was a start, which was something Baltimore had craved for over a decade.

The Ravens offense struggled at first, but near the end of the first quarter, they got on the board. The first touchdown in Ravens history came on a nine-yard scamper by Testaverde. The crowd was in a frenzy almost immediately after Vinny crossed the line of scrimmage through the split defense. The Ravens had their first lead in franchise history. Matt Stover hit his 122nd straight extra point without a miss to make it a 7-0 game.

The team’s first-ever draft pick, Jonathan Ogden, drafted fourth overall out of UCLA the previous spring, played at left guard in this game. I forgot that he didn’t originally start at tackle, but from what I saw in this game he looked like as much of a wall as ever.

Time of possession favored the Ravens, with the Raiders running only eight plays the entire first quarter.

In the second quarter, the Ravens gave up their first score on a touchdown pass to the aforementioned Brown. All things considered, allowing Brown to find paydirt is nothing to hang your head over.

(And yes, it is hilarious that a guy named BROWN scored the first touchdown against the Ravens. Not my joke, but it’s funny so I’m using it.)

It was looking a bit hairy for the Ravens after a muffed kickoff put the Raiders right back in the red zone after tying the game at seven. Hobert dropped back and threw to Rickey Dudley, who was streaking to the end zone.

However, the ball was picked off by some kid from Miami. The team’s second draft pick that season, 26th overall from “The U,” Ray Lewis picked up the first interception in team history. Not a bad start for a rookie indeed, Bob Trumpy.

Lewis held the ball up in the air and pumped up the crowd. Hm…I wonder if this will become a theme for him? You guys think this Lewis kid will stick around?

Kidding aside, the greatness was evident from the start – Ray was seemingly all over the place on any given play.

I know that “undersized” was how scouts described Ray, but honestly, he looked pretty big on the field. The guy is absolutely massive. Guess I need to remind myself that inside linebackers were generally a bit more hulking in those days, being relied on to stop the run more than to cover.

The Ravens D didn’t have the same success on their next drive, as Brown, again, caught a 10-yard TD pass on an out route to make the game 14-7 Raiders. The Ravens didn’t respond for the remainder of the half.

A little discouraging, but fear not: Oakland had seen their last points of the game.

The rest of the game was a harbinger of things to come for the franchise (a few years later, anyway): a defensive slugfest. Stover hit a few field goals, and the Ravens went on to win after Ernest Byner rammed a one-yard touchdown in the fourth quarter to make the score 19-14. That score would be the final one as the Ravens recorded their first win in franchise history.

At the end of the day, this game was full of milestones and promise as Lewis and Ogden showcased their first-round talent.

The Ravens were winners.

The NFL was back in Baltimore.

The future was bright.