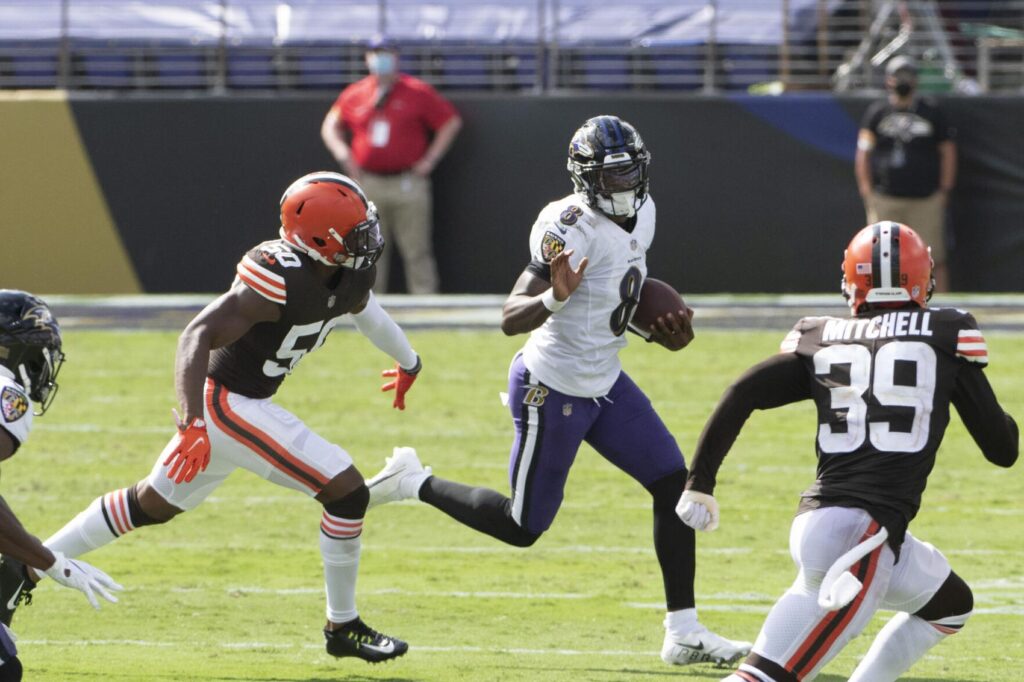 I don't think these stats tell the entire story of how great he was in this game. He was the #Ravens leading rusher plus he was under duress during the majority of his drop backs. Spectacular performance. https://t.co/EOfB0TvNEk

The #Texans offensive line is vulnerable.

Frank Clark & Chris Jones, both excellent pass rushers, both had great days against the right side of Houston's OL.#Ravens DC Wink Martindale might just be preparing some extra pressures for Houston's RG & RT on Sunday.#RavensFlock pic.twitter.com/bP5rcsDN2u

.@ravens got bigger and faster on defense and it showed up as they annihilated the #Browns. Better at all 3 levels than a year ago. #BaldysBreakdowns pic.twitter.com/regF1T9U2o

ANNOUNCING THE BEATLES: GET BACK The band’s first official book since bestselling Beatles Anthology. Global publication 31/08/2021 by Callaway & Apple Corps – to coincide with the release of Peter Jackson’s “THE BEATLES: GET BACK” feature doc. Full info: https://t.co/Y4tJU9vCRc pic.twitter.com/RNVOHulCnK