News from around the league…

— Allen Robinson removed all Bears-related items from his social media, and according to Ian Rapaport, ARob is disgruntled about his contract situation (final year, no talks). Surely you know by now that I’m against adding a high-priced free agent, no? PAY YOUR HOMEGROWN PLAYERS FIRST. Plus flat cap, and all that jazz. He’s not coming to Baltimore.

— Odell Beckham Jr. was rumored to be on the trading block according to Mike Francesca… until everybody realized it was Francesca pushing the rumors, instantly leading to the conclusion that it was a farce.

— Saint WR Michael Thomas went from “minor injury,” to “maybe a little longer,” to “more severe than they thought.” He ‘might’ be back on Sunday, but still unlikely. He now joins Kenny Golladay and Deebo Samuel on my bench as my fantasy season ends early.

— Outside of Thomas, there’s been approximately dozens of major injuries to star players and crucial starters around the league. Some short-term, some season-ending. Name a team, they have one or two key losses. I personally blame lack of conditioning in a shortened offseason with no preseason games.

— Also, the Browns beat the lowly Bengals last night (barely), which prompted Browns fans to return to their obnoxious form. Beating bad teams, and losing to good teams. This is the way (in Cleveland).

I love season-opener skull drags. The Ravens’ +32 in this game is the widest margin of victory since… well, last year when they beat the Fins 59-10 (+49). Actually, the previous season they beat the Bills 47-3 (+46), and the year before than they handled Cincy (+20). That’s a combined +145 point differential in their last four season openers.

That’s the equivalent of 21 touchdowns, or 48(ish) field goals. Over just four games. Pick your jaw up off the ground.

As for this game, the Ravens shut down OBJ (3 receptions, 22 yards), the Browns run game was cruising until they met rookie Patrick Queen in the middle, and the Ravens offense continued to do what they do (put up tudders).

Speaking of rookies, contributions from six of them in Week 1 is astounding. J.K. Dobbins ran in a pair of scores, Queen was credited for a sack and a forced fumble later on, Devin Duvernay and James Proche fared well in the return game, and Malik Harrison and Broderick Washington had solid defensive showings.

Should the Ravens continue to generate stat sheet-worthy plays from the kids, this team can only get better. 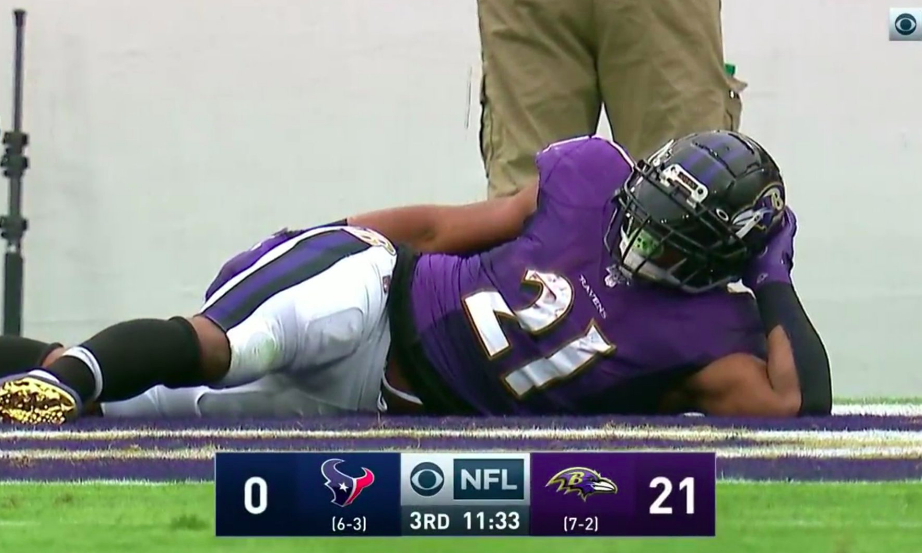 While the Ravens are riding a high after stomping on the elves from Cleveland, the Texans are scratching their heads after being tossed aside by the Chiefs last Thursday night in the NFL season opener. Don’t let the score fool you; the Chiefs disposed of the Texans with ease. With KC up 31-7 until midway through the 4th quarter, it was never really a close game, but Houston padded some stats with late game junk yards and points.

But let’s not dismiss the Texans in full. Defensively, J.J. Watt is still a chess piece for Bill O’Brien, and when healthy (news flash: he is) he creates mismatches, chaos and panic for an offensive line and opposing quarterbacks. Oh, and Benardrick McKinney (1.5 TFLs) creates problems of his own too.

Despite the challenges of the Texans’ pass rush, the Chiefs basically did whatever they wanted. Patrick Mahomes threw for a fairly easy three touchdowns, rookie RB Clyde Edwards-Helaire amassed 138 yards and a score on the day (though struggled on goal-to-go touches), and Mahomes’ top three targets of Travis Kelce, Tyreek Hill and Sammy Watkins totaled 18 receptions on 21 targets for 178 yards and three touchdowns.

The Texans offense, led by Deshaun Watson, is a curious case. You can tell he truly misses DeAndre Hopkins so far (can you blame him?), and while Will Fuller proved to be a viable top option (8 receptions on 10 targets for 112 yards) nobody else really stood out. Brandin Cooks was a relative ghost after his first catch, Randall Cobb was hardly targeted, and Tight End Jordan Akins was the beneficiary of junk time yards and points. The biggest weapon seemed to be David Johnson (109 all-purpose yards and a touchdown), but even he had a relatively uneven day, doing the majority of his damage in Q1 & Q4. Surely, the Duke Johnson injury forced a heavy hand for David Johnson at that juncture, but I expect he’ll be a focal point for the Texans come Sunday.

The Ravens understand the best way to keep Watson’s best weapon (David Johnson) in check is to put Houston in a hole early, and keep their foot on the throttle. They’ll do exactly that. Jackson will use the Chiefs game plan, as their offense has the ability to mimic the weapons pretty damn closely: Hollywood Brown is the Ravens’ version of Hill, Mark Andrews to Kelce, Dobbins to CEH, and MVP Lamar Jackson to once upon an MVP Mahomes. Lamar’s ground game is an added bonus for the Ravens, but as we saw in Week 1, I expect this to be limited as well (under 10 carries).

Who will be the X Factor for the Ravens?

Miles Boykin. The Chiefs used Sammy Watkins outside with nice results (7 receptions on 9 targets, 82 yards, 1 touchdown), and I expect the Ravens to be looking Boykin’s way more than we’ve seen in previous games. A nice line of six receptions, 70 yards and a score is what I expect here. To go along with that, I see Hollywood Brown surpassing the 100-yard mark once again with a score of his own, and Dobbins tacking on a 3rd touchdown in the early season, as the offense puts up another 38 spot this week.

Defensively, the Ravens struggled to generate pressure against a very solid Browns OL, but the Texans line is notably weaker. I expect the Ravens to pin their ears back and start generating a pass rush this week. Four sacks of Watson will be led by a pair for Tyus Bowser.

In the secondary, I think we see another lockdown performance. Marcus Peters will have Fuller in check, Jimmy Smith will win with his physicality with Jordan Atkins, and I guess Tavon Young can track Brandin Cooks if he’s actually out there running routes. Hump will do Hump things too, I suppose. David Johnson will get his stats (120 total yards) but the Ravens will force a fumble out of him (Malik Harrison). Throw in a pair of picks (Chuck Clark & Marcus Peters) and the Ravens will cruise in this one.

With the Ravens on the road starting the 4:25pm time slot, here are some early games and prime time games worth watching.

I expect a shootout. I know I expected a shootout in LA for the Boys/Rams last week, but seriously… shootout.

I know I’ll get flack for this but I need to see if the Packers are for real. I want to see Marquez Valdes-Scantling and Allen Lazard do it again… and they will because the Lions have no DBs healthy for this one. TAKE THE OVER.

The sports world is raving because Cam Newton ran for two touchdowns and barely topped 200 yards passing against an anemic Fins team… let’s see what he can do against a much more talented Seahawks team, while playing on the road, in what will most likely be a shootout. Yes, I think everything will be a shootout. ALL THE SHOOTOUTS.

Call me crazy… I’m taking the Raiders here. The Saints come marching in, likely without Michael Thomas, and Brees had an uneven showing in Week 1 against the Bucs. The Saints defense is still a force, but Josh Jacobs will get rolling in this one and I think the Vegas Raiders are a genuine playoff contender. *mic drop*

As I’m starving while writing this, I think I’ll go after gameday food this week.

Generally speaking, everything that falls under this category is a win on gameday: brats, hot dogs, Italian sausages. Find that Ostrowski’s brand and support local, kids.

Highly underrated for game day, but it’s the easiest food to pair with a beer in hand. New York style only. Chicago style deep dish isn’t real pizza; it’s just a pie that happens to be pizza flavored. Plain cheese is fine, but load it up for the real deal. ALL THE MEATS. Also, pineapple is perfectly permissible on pizza.

Pit beef. Pit ham. Pit turkey. Slap some grilled onions on that sammich, maybe a little horseradish and a shot of salt & pepper for the win. One more note- the sandwich has to be overflowing to the point that you’re forced to pause and do math to figure out your best angle of approach to the first bite.

You can do these a million ways. If you’re a simple salsa & cheese person? Enjoy! Throw on some sour cream, olives, refried beans, tomatoes, maybe some shredded chicken? *chefs kiss* And let’s be real: nobody likes the barren fringe chips. Give me those cellar dweller mushy boys saturated in everything.

ALL THE WINGS. Except boneless wings because they’re not really wings, just nuggets for adults that don’t want to admit to eating chicken nuggets. And air fryer wings are just the absolute best, followed by smoked wings. In order of heavenly deliciousness: