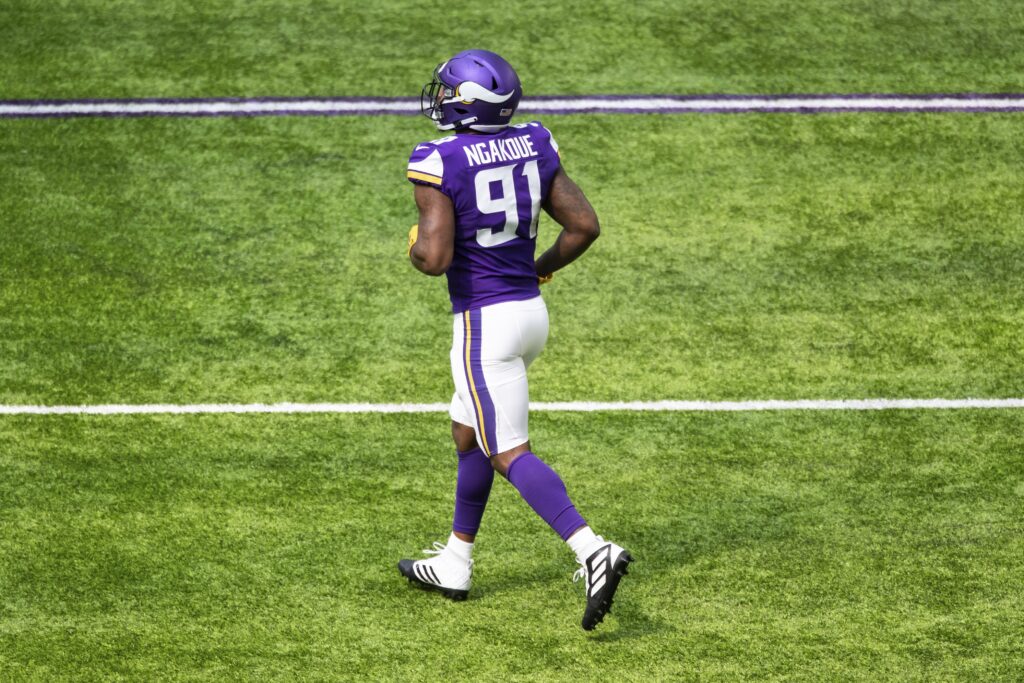 If the Ravens are going to beat the Kansas City Chiefs they must improve their pass rush. Otherwise, they’ll have to hope that the Ravens dominate the Chiefs with their offensive ground game or pray that Patrick Mahomes has an off game. Or both.

Wink Martindale threw everything at Mahomes but the kitchen sink and nothing worked. The Chiefs offense executed flawlessly and they used the Ravens aggressive tendencies against them with misdirection and eye candy. They flashed Tyreek Hill or Sammy Watkins or Clyde Edwards-Helaire to draw attention and then counter with less obvious targets such as FB Anthony Sherman or T Eric Fisher.

The week before the Chargers presented some problems for Mahomes early on primarily because they were able to disrupt the signal caller’s rhythm with four pass rushers, the most threatening of which were Joey Bosa and Melvin Ingram. Doing so allows a defensive coordinator to mix up coverages and trigger hesitancy which helps to close windows of opportunity.

The Ravens pass rush has been an issue from the jump and the team really hasn’t addressed it sufficiently. Failed attempts to land Shaq Barrett, Jadeveon Clowney and Yannick Ngakoue have been frustrating and the incumbents, Messrs. Judon, Ferguson, McPhee and Bowser have failed to generate consistent pressure. Perhaps the notion that Calais Campbell and Derek Wolfe could push the pocket enabling the edge guys to get home was nothing more than wishful thinking. Time will tell.

That said, Tyus Bowser is finally beginning to show some of the promise that enticed the Ravens to spend the 47th pick in the 2017 NFL Draft on him. The Ravens have seen this movie before – an athletic prospect how comes of age in a contract year. Bowser has 2 of the team’s six sacks through three games.

Back to Ngakoue for a moment, Eric DeCosta has a great relationship with Jaguars GM David Caldwell. Friendship, while it helps to open up the conversation, will not get in the way of good business decisions. The Ravens tried to get in on the former Terp, but apparently Caldwell’s asking price was too high. Yannick is now a Minnesota Viking in exchange for a 2021 second-round pick and a conditional 5th.

The Vikings are (0-3) and travel to Houston this week to take on an equally desperate (0-3) Texans squad. Minnesota then heads west to Seattle followed up by a home contest against Matt Ryan and the Atlanta Falcons, all of which leads into their bye. If the Vikings are (1-5) or worse following Week 6, they might be open to trading Ngakoue in order to recapture some of the foregone draft capital. DeCosta has a trading history with Minnesota so the Ravens could make a play to try and pry away the impressive edge rusher, even if it amounts to nothing more than a short-term rental. Similar circumstances were at play last year when DeCosta landed Marcus Peters. Later DeCosta made the trade really count with a 3-year extension for the larcenous corner.

Ngakoue carries an $8M salary in 2020. Each week erodes 1/17th of that total. So, if the Ravens can get Yannick after Week 5, for example, they would be on the hook for $5.65M. Currently the Ravens have $9.99M in cap space and could carve out a little more with a strategic extension. The Vikings have just $151,293 in cap space and they are projected to be over $8M in the hole in 2021 according to OverTheCap.com. Last year the Rams were confronted with similar cap issues and moved Peters for a fifth-round pick and discarded LB Kenny Young despite the knowledge that the corner could yield a fourth-round comp pick or better.

Looking back on the Ravens loss to the Chiefs, Martindale left his secondary exposed particularly when dialing up a corner and safety blitz on the same play. When Marlon Humphrey and DeShon Elliott got caught up in the wash of the Chiefs offensive front, it led to a big play connection from Mahomes to Mecole Hardman. The Chiefs were also allowed to run freely underneath the secondary with so many Ravens defenders lining up near the line of scrimmage. It represented easy pitch-and-catch opportunities for Mahomes and his talented posse of receivers. It was a bit surprising that the Ravens didn’t play press and get more physical with the Chiefs pass catchers in order to disrupt the timing and perhaps give a sluggish pass rush a better chance to get home.

Put Mecole Hardman on the field and good things happenpic.twitter.com/3zm7a1tAaG

The Ravens M.O. is clearly that of a run-first offense – one that is accustomed to playing with leads. However, when playing from behind Greg Roman regularly abandons the run even when games are within one or two scores. It happened against the Titans in the Divisional Round last season and it reared its ugly head again on Monday Night.

Down 13-10 in the second quarter, and after snatching the game’s momentum, the Ravens opted to throw it on three consecutive plays. Four yards later they punted. The score was never that close again. After the night’s first series of downs when the Ravens successfully ran the ball down the Chiefs collective throat, the Ravens rushed the ball just 15 more times the rest of the way. And not all of those runs were by Roman’s design. Some were simply scrambles by Lamar in order to escape a porous offensive line.

Mark Andrews for the most part, is an outstanding tight end. But there are times when he looks anything but. Dial back to the Ravens game against the Seahawks last season. Andrews was targeted 8 times but had just 2 catches. Four passes hit his hands and then the ground. He gave Robert Duran’s “Hands of Stone” a run for their money.

The effort was very uncharacteristic.

Fast forward to the Ravens v. Chiefs. Again, Andrews was targeted 8 times and this time he had 3 catches for 22 yards with a few key drops, one for a touchdown. And it makes me wonder.

Might Andrews’ Type 1 diabetes have irregular flare-ups that trigger abnormal substandard performances? Of course, we wish Mark all the best and hope that his medical issues can be contained and managed. But given the extreme contrasting performances, I wonder if health issues could be a factor.

Note: This came from a parent (Steven Miller) at around 1:45 PM, familiar with Type 1 diabetes:

As a parent of a T1D there are no flare ups, it requires constant maintenance. If he was low he would not be able to play and if he is high he needs to run around the field to get it down. Has nothing to do with catching footballs and seriously doubt T1D has anything to do with it!

For two consecutive training camps, Miles Boykin has been a practice superstar. But those talents fail to make their way to the field on Sundays (or Thursday or Monday). We hear all about Boykin’s measurables and his speed that belies his size. Yet the productivity isn’t there. In 19 career games Boykin has 21 catches for 281 yards and 3 touchdowns. At what point do the Ravens conclude that he’s siphoning snaps from Devin Duvernay. At what point do the Ravens determine that a big target during a season when they are Super Bowl contenders is better served by a veteran like Dez Bryant who they’ve coveted in the past and who they vetted prior to the start of the 2020 season?

The Ravens draft class was widely lauded heading into the 2020 season. Yet the Ravens coaching staff is slow to show faith in their talents.

Patrick Queen has been given plenty of playing time but the results have been inconsistent. The same can be said of Malik Harrison. But there’s absolutely no reason not to give J.K. Dobbins, Devin Duvernay and James Proche more snaps, particularly when game circumstances force the Ravens to throw the ball. Boykin and Willie Snead may be accomplished blockers when supporting the run game, but after watching the pair run into each other like 2 of the Three Stooges on Monday Night, isn’t it time to give the faster youngsters a chance starting with this week against the hapless Washington Football Team?