— Aaron Rodgers beat me down again. I’ve doubted the Packers the first three weeks of the season and they’ve made me pay.

— The Cardinals remembered they were the Cardinals in Week 3. I would have teased them up to almost 10 points and felt comfortable. That was a terrible mistake.

Week 3 wasn’t particularly kind to me overall, but I did hit my lock which netted enough to cover the rest of my losses. There are a handful of games I’m targeting in Week 4 so here’s hoping for better luck.

Here are the ATS Standings after Week 3: 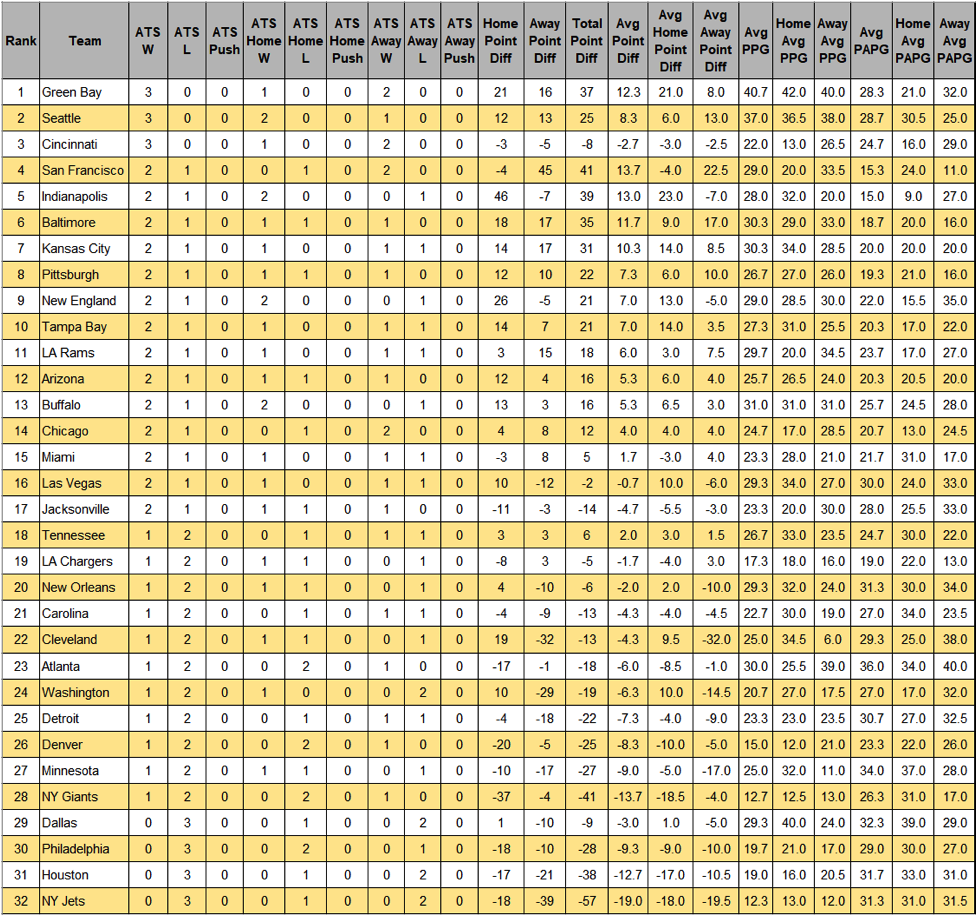 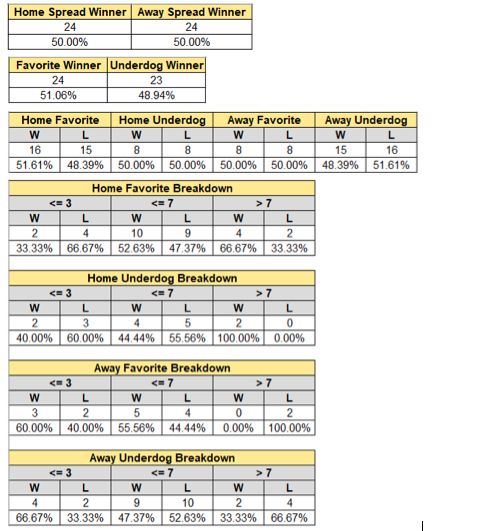 Feel free to play along, tell me where I’m wrong, post your own picks, or just enjoy the read. Hopefully Week 4 is kind.

This line looks like a trap to me. The public has been hammering the Seahawks as the line opened at -4 and has gone all the way up to 6.5. As of today, 79% of the bets and 76% of the money has come in on Seattle per Action Network.

The Seahawks are giving up a league-high 430.7 yards per game through the air but have four interceptions which is tied for second-most in the NFL. The latter is what is pushing me towards Seattle here in Week 4. Although Ryan Fitzpatrick has been mistake free over the past few games, that’s not his M.O. The Seahawks will give up yards, but not points, and win by a touchdown.

I told myself that I wouldn’t bet against the Pack again this week. Well here we are…

The Falcons have looked like a Super Bowl contender early on in games this season, but then a top draft pick contender late. Their 31st ranked defense won’t get any reprieve this week against the 2nd ranked Green Bay offense.

That said, the Falcons’ hot starts have made it so they’ve kept games close at the end. If you made this spread 6.5, I’d give it a little more thought, but the extra point gives me some confidence that Atlanta can keep it within a touchdown and cover in Green Bay.

The only way you can convince me that Kansas City won’t cover a touchdown against the Patriots this week is if you play the “let-down” card. However, I don’t think this team has that in them. They’re too good, too polished, and too well-coached to let that happen against Bill Belichick.

Kansas City will put up plenty of points and force Cam Newton to beat them through the air as they did to Lamar Jackson in Week 3. The Chiefs will pin their ears back and get to Newton and make his day miserable.

My first thought here is to take the under. Although neither team has been great on defense this year, 56 points is a lot with a Browns team that I can see wanting to run the ball a ton against the Cowboys, who have given up 127.7 rushing yards per game so far this season.

I’m not sure I have the stones to pick Cleveland straight up in this game, but I do like them to keep it close and make Dallas sweat it out at home to try and avoid going 1-3.

The Ravens were embarrassed on Monday Night Football in Week 3. If what I think of this team is true, they’ll use that loss as a turning point and it will fuel the rest of their season to potentially get another shot at the Chiefs in January. Washington is in their way this week and as the saying goes, “don’t stand on the track when the train’s coming through.” The Ravens and Lamar Jackson will take out their frustrations on Washington and roll to a big win.

This game has the potential to be a shootout. Although Drew Brees is last in the NFL in average depth of target (4.6 yards) and the only quarterback to average fewer than six yards per target, the Saints are still putting up plenty of points.

Detroit has given up the third most rushing yards in the NFL so New Orleans will give them a heavy dose of Alvin Kamara and cruise to a big win.

Ultimately, the Saints can’t afford to lose this game and fall to 1-3. This teams has Super Bowl aspirations and losing a game against Detroit, even on the road, could send them on a downward spiral. They have the leadership on both sides of the ball to not allow that to happen which is why this is my lock of the week.

New Orleans is 7-1 ATS in their last eight road games.