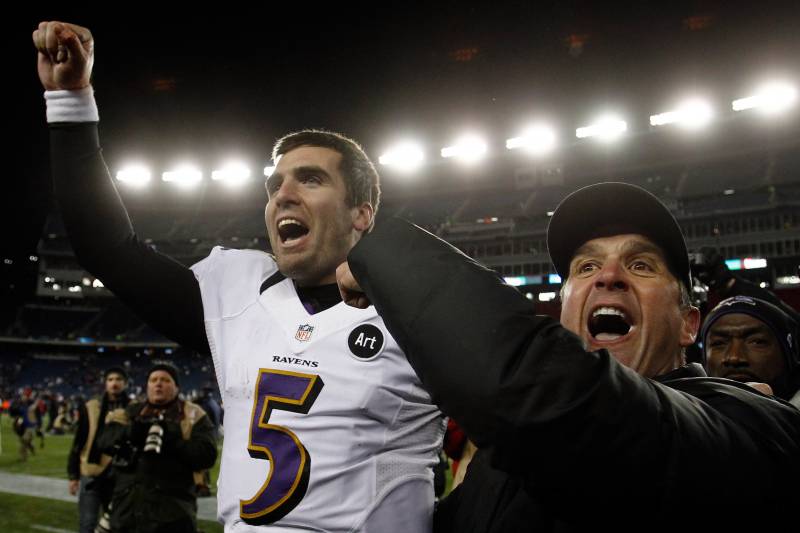 What were the best Ravens’ seasons of all time?

The Ravens have made a tidy start to the season with Sunday’s comprehensive victory over Washington taking their early season record to 3-1 with the one blemish, a defeat to the Kansas City Chiefs.

So, can the Ravens continue their flight and produce one of their best ever campaigns? Here we look at some of the best Ravens’ seasons of all time to see what they’re up against.

It’s hard to know what’s more impressive. The fact that the Ravens posted an 11-5 record en route to the AFC Championship game or that they turned things around so dramatically from the previous campaign. Either way, 2008 was a good year. Brian Billick was gone with John Harbaugh installed as Head Coach. The first big move was drafting Joe Flacco, the second was drilling the importance of organization into the team.

Flacco wasn’t even supposed to be a starter in his first season but unforeseen circumstances took Kyle Boller and Troy Smith out of the picture. Flacco was helped out by strong runners but he still had to produce the goods. He did exactly that to become the Pepsi NFL Rookie of the Year.

Unfortunately, they came up against a Steelers defense that was even better than their own and it proved a step too far.

Harbaugh was still in charge in 2011 and for the fourth consecutive season he led his men to the post season, which set a Ravens record. This time, they topped the AFC North courtesy of a perfect home record and just four defeats on the road.

The offense was as strong as ever and, although his legacy has been somewhat tainted, there is no ignoring the impact Ray Rice had, as he turned in his best ever year in the NFL. Defensively, the Ravens were fantastic too with the standout man Terrell Suggs. During the campaign, Suggs registered 14 sacks and half that number of forced fumbles.

They should have been heading to the Super Bowl but two disastrous moments – from Lee Evans and Billy Cundiff – against the Patriots allowed Tom Brady and Co. to undeservedly advance.

2019 is still fresh in the memory. Toronto Raptors won the NBA finals and Vino Rosso came first on the Breeders Cup as you can read on Twinspires.

Still, it is a dagger to the hearts for Ravens’ fans. In time, it will be looked upon as one of the best Ravens’ seasons of all time, nonetheless. The Ravens were the best team in the NFL. The fact they didn’t win the Super Bowl is neither here nor there.

The fact they fell at the first play-off hurdle is what hurts. The season started with a freshen up. A new GM had arrived, stalwarts Flacco and Suggs were gone. What really matters though is the play on the field. That was first class.

Two defeats in games three and four dampened expectation after a solid pre-season and good start to the regular campaign but they proved to be the only games the Ravens would lose on their way to a 14-2 franchise best. It was done in style with the most ever points by a Ravens team and the Pro Bowl and All Pro honors – along with the fact Lamar Jackson was an MVP nominee – reflected the team’s dominance. The less said about the post season game against the Titans, the better. 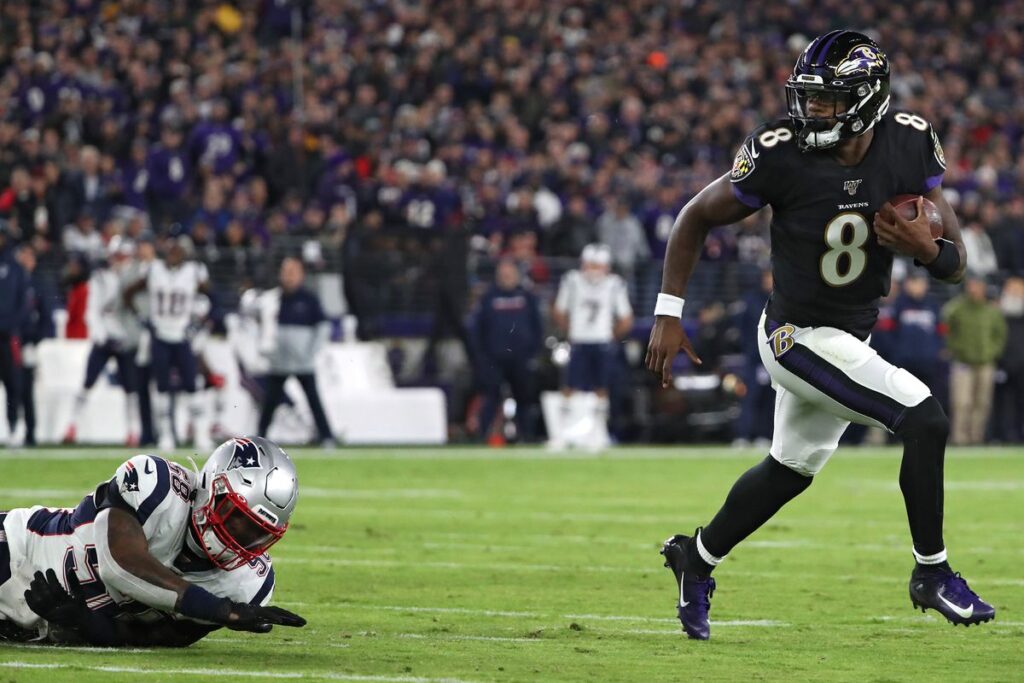 There will be plenty of Ravens fans screaming for the 2012 season to sit top of this list. They’re probably within their rights to do so too given the campaign ended in Super Bowl glory in spite of the several knocks the team had to overcome – both on and off the field.

Despite dropping their standards from the 2011 season we mentioned earlier, the Ravens overcame a dip in form to finish the regular season with a 10-6 record and retain their AFC North title. The post season was becoming a regular occurrence.

Despite losing four of their last five regular season games, the play-offs got off to a good start brushing aside the Indianapolis Colts. The Denver Broncos proved a sterner test. The Broncos had battered the Ravens 34-17 during week 15, so many rightly questioned their chances. Flacco had different ideas though and his 70-yard touchdown pass to Jacoby Jones forced overtime. The Ravens got the job done – eventually.

The AFC Championship game pitted the Ravens against the Patriots offering a chance of revenge after the 2011 loss. Boy, did they take it smashing them 28-13. The San Francisco 49ers – and Harbaugh’s brother Jim – awaited. Flacco continued his fine post season form and that was that – the Ravens were Champions.

At number one in our list is the inaugural Super Bowl win for the Ravens. It was no fluke either albeit they only managed to finish second in the AFC Central division.

Their regular season record of 12-4 was impressive but it was their defense, which was marshalled by Ray Lewis, that was making waves as they registered four shut outs on their way to becoming recognised as one of the best defensive teams in NFL history.

Remarkably, this solid backline was in spite of, shall we say, a looser offense. Although, that improved when Trent Dilfer became the starting quarterback.

When the playoffs arrived, things looked good for the Ravens despite the path through the wild card. The first game saw the Broncos struggle to break through the Ravens rear-guard as they scored just three points in reply to the Ravens 21.

Next up was a clash with the Tennessee Titans. The Titans were favorites to lift the Lombardi Trophy but a 24-10 win for the Ravens was secured courtesy of a pick six from Lewis.

The AFC Championship game proved yet again just how good their defense was as the Raiders fell 16-3 with Shannon Sharpe’s 96-yard take the unquestionable highlight. Finally, came the Super Bowl against the New York Giants.

It was like a gentle stroll around Central Park for the Ravens as they dominated from start to finish. The Giants failed to register until the third quarter whilst Jamal Lewis was starring to help the Ravens to a 34-7 win.

There you have it, the five best Ravens’ seasons of all time.

Which one do you think we missed?