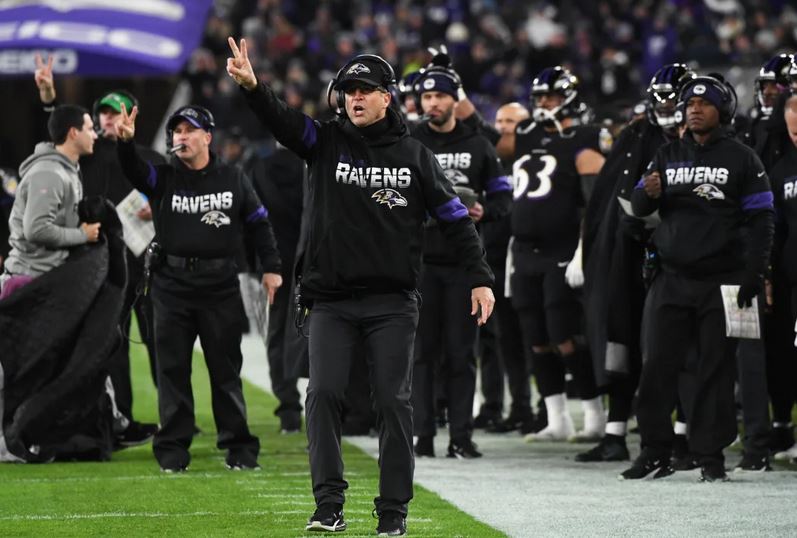 After games against the rebuilding Bengals and struggling Eagles over the next two weeks, the Ravens will get a clearer picture of where they stand in the AFC.

Baltimore faces its toughest stretch of the season with games against the Pittsburgh Steelers (Nov. 1), at Indianapolis Colts (Nov. 8), at New England Patriots (Nov. 15) and Tennessee Titans (Nov. 22). Those slate of games leads into a rematch at Pittsburgh on Thanksgiving night.

This means the Ravens’ potential playoff outlook could be pretty much decided before December. Despite being 3-1 at the quarter-point of the season, there are some questions surrounding Baltimore’s roster following a disappointing 34-20 loss to the Kansas City Chiefs at M&T Bank Stadium.

The Ravens played much better the following week in a 31-17 victory over the Washington Football Team. The key is to keep that momentum going and stack victories to improve the playoff position.

Baltimore set the single-season rushing record last season with 3,296 yards. This year, the Ravens are ranked fourth in the NFL, averaging 160.8 yards per game on the ground.

The passing attack has been uneven and is averaging 180.8 yards per game, ranked 31st just ahead of the Jets.

As a result, there are some lingering questions about how well the Ravens are adapting to the defensive gameplan of their opponents.

“We’re close. It’s just little things here and there that need to be tightened up,” tight end Mark Andrews said. “Every team plays you differently. With us, everyone kind of has a bull’s-eye on us, so teams are coming out and playing a bunch of different defenses, and it’s a unique task, just because you never know what they’re going to be playing in.

“Everyone thinks that they have the formula to stop us, so we see different things every week, and that’s only going to make us battle-hardened. To continue to play through that, and learn and grow as a unit, we’re going to be good.”

Coach John Harbaugh will certainly not be overlooking the Bengals this week. Rookie quarterback Joe Burrow has managed to throw for 1,121 yards with six touchdowns and two interceptions behind a porous offensive line. Burrow has been sacked 15 times, which ranks second in the NFL behind Deshaun Watson.

Meanwhile, Ravens quarterback Lamar Jackson is having a solid season even though he does not have gaudy statistics. Jackson has thrown for 769 yards with seven touchdowns and one interception for a 111.3 quarterback rating that ranks sixth in the league. Jackson has also run for 235 yards with a career-high 50-yard touchdown against Washington.

“I’m focused on trying to win a championship,” he said about the latest milestone. “We still have bigger fish to fry right now. Those types of things, I feel like I’ll cherish those later.”

The Ravens are admittedly a work in progress and nose tackle Brandon Williams said the team does not want to peak too soon. The ultimate goal is to win the Super Bowl and the Ravens have enough talent to reach that goal.

The upcoming schedule will reveal their true character.