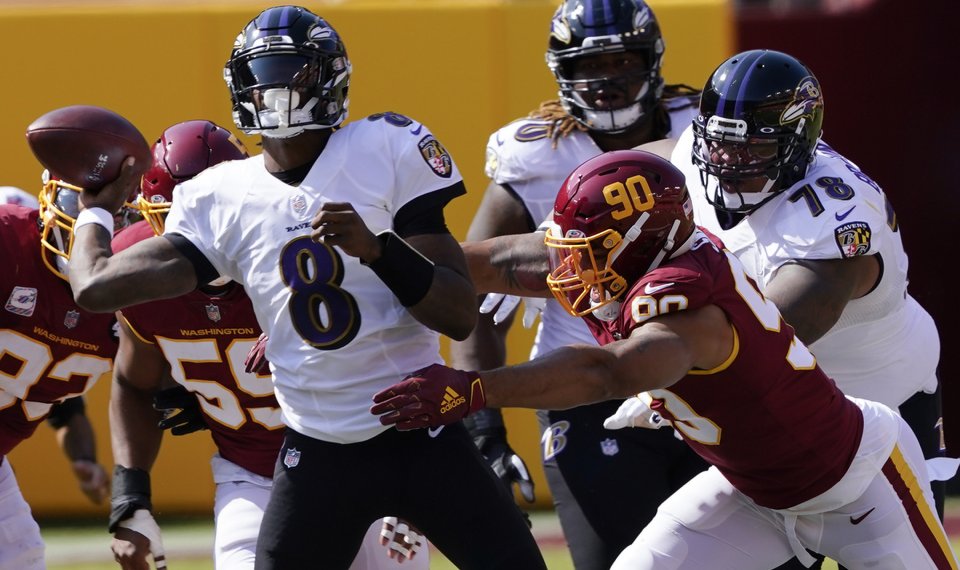 Ravens’ QB Lamar Jackson did not practice today due to a knee injury that is not considered serious, per source. He was held out of practice for “precautionary reasons.” With Jackson out today, RG3 took the QB reps.

Harbaugh said Jackson hurt his knee on the second to last play he was in against WFT.

Doesn’t seem too serious. Hops right up here. Not like the shot he took against Buffalo in the pocket last year that caused him to miss practice. pic.twitter.com/GFL6RXeWMT

As a Broncos fan, all I’ll say is, I hope you like 5 yard checkdowns and botched screens, Jets fans. With the occasional overthrown 30 yard pass. He’s really good at that

Sam Darnold after getting hurt knowing Joe Flacco is about to take his job pic.twitter.com/ZTIX8H0vRE

Vince Bagli…the name alone conjures up great sports memories. A classic gentleman & kind soul. I remember as a high school athlete waiting to see if Vince might mention our team’s performance. Always great to the kids, a mentor to many, a gift to Baltimore. He will be missed. pic.twitter.com/BctlGpdFGy

Rumors swirling that the #Titans will be heavily reprimanded for not following the NFL’s mandated COVID-19 protocol & for practicing last week after being told not to. Titans have become a smug organization starting w/ Vrabel. Sanctions will be earned! Here’s to their severity! pic.twitter.com/ZphyaIZvsn

Times are tough all over: Jaguars owner Shad Khan selling his yacht for $199 million https://t.co/JOBBGG7R6A

And From The Department of: Some Things Never Change…