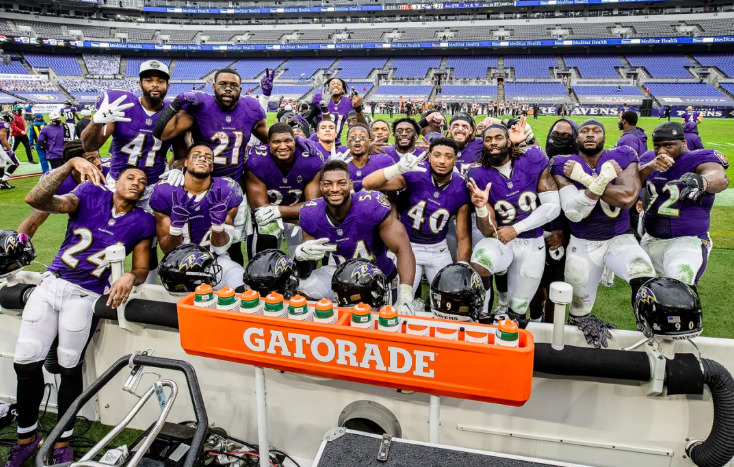 This week, defense stood out, so highlighting the performance seems appropriate. There were some very nice offensive plays against Cincinnati, but with the defense carrying the load, the script for game changers follows.

Tyus Bowser drops into coverage, and the rush flusters Joe Burrow. Burrow climbs the pocket, trying to scramble, but Smith sacks Burrow for a loss of a yard. McPhee wins his rush against the LG with violent hand movement and sheds the guard, then he beats the LT on the outside shoulder. Campbell beats the center and splits the LG in pursuit of Burrow. Judon stunts from outside to inside, beats the RG to the inside shoulder with a rip move, and gets hands on Burrow first, but Smith gets the sack. Judon’s stunt actually leaves a hole for Burrow to run through, but the pursuit of the defense closes it and ends the Bengals’ drive.

Lamar Jackson receives the snap and fakes a handoff to Ingram (flowing from L-R), Duvernay runs behind Lamar for an end-around pitch. The offensive line, Boyle, and Ricard sell the handoff to Ingram by flowing to the right. Ten of eleven Bengals defenders are inside the hashes at the fake handoff. Duvernay destroys the angles that second level defenders can take to pursue and tackle him because of his speed and smart play calling from Greg Roman. Bradley Bozeman pulls to the right, while Ronnie Stanley and Patrick Mekari leak out to the left to block for Duvernay. Devin’s speed continues to show up on tape, and he is going to force more touches going his way by Roman and the offense. Boykin makes a solid block on the left sideline on Duvernay’s 42-yard run.

More of these looks and play designs with these fakes will create chunk plays for the Ravens’ offense.

Wow, Boykin is left wide open in the back of the end zone on his post-route. The Bengals clearly focused on Brown and Andrews on this play; the slot cornerback that would seem to have coverage on Boykin instead stays in shallow coverage on Brown’s drag route, and the boundary corner never closes the gap on Boykin in the end zone. Snead and Andrews are pretty well-blanketed by DBs, but Lamar waits for his favorite target Andrews to box out his man for the touchdown reception. Andrews releases hard to the outside, showing a corner route, but he stops, boxes out the defender, and moves toward the middle of the end zone for Lamar.

Great play by Lamar and Andrews, but the pass and catch could have been easier if Lamar had looked to Boykin earlier in the progression.

Ravens show a six man rush, but only rush three: Bowser LOLB, Chuck Clark ILB-R, Judon ROLB. McPhee, Campbell, and Derek Wolfe all drop into shallow coverage. The confusion that Wink Martindale employs with simulated pressures forces mistakes by young quarterbacks. Burrow sails a ball in the middle of the field to A.J. Green on a post/in-route, and Marcus Peters intercepts the overthrown ball with roaming coverage. Clark forces the early throw with immediate pressure by rushing between the center and the left guard. Clark goes untouched because the offensive linemen are expecting McPhee, Campbell, and Wolfe to rush.

Great play drawn up by Wink, and excellent execution.

Marcus Gilchrist plays free safety on this play, while Peters, Marlon Humphrey, and Smith are in coverage as well. The Ravens’ defensive backs plaster to their receivers and force Burrow to extend the play. Queen approaches the line at the snap and loops from right of formation to left, and gets sealed on the outside, but the pursuit by Queen and Elliott gets to the escaping Burrow, and Queen forces and recovers the fumble. Bengals tight ends and running back Giovani Bernard block Elliott and Queen, but the coverage and pursuit working hand in hand enables the rush to get home.

Immediately, Williams jumps out on this play with his bull rush versus the right guard, and he attacks the gap between the RG’s inside shoulder and the center. McPhee wins his outside swim/dip rush against RT Hart, and Williams’ pocket push backs Burrow into trouble. McPhee gets the sack, and really backs the Bengals into a tough spot on second down. Madubuike draws a double team on this play; this is really important because it gives Williams a one-on-one opportunity. The coverage holds up well on this play, with the only real option for Burrow being Joe Mixon (split to LWR). Elliott plays off-coverage against Mixon, but Burrow never releases the ball.

Judon and Bowser drop into coverage, and the play ends just like that. The coverage is stride for stride with the receivers, and Elliott gets to Burrow in a flash. Wink is just having fun at this point disguising rushes and sending his defensive backs. Elliott is one of the quicker players on this defense, and that really shows up on an untouched blitz.

Burrow and the Bengals had no chance on this play because Elliott gets there in two seconds.

The Ravens’ coverage unit plays well enough to dissuade Burrow from throwing the ball, but #80 Mike Thomas is open on the right side of the offensive field. Clark has deep coverage on Thomas, but Burrow focuses on the left side of the field. Targets to the left are covered up and pressure gets to Burrow. Peters’ blitz from the LCB spot forces Burrow to shuffle and turn his shoulder to reset. Because the play is from under center, and Burrow runs a play action, Peters arrives to the backfield area when Burrow’s back is turned. The initial “near sack” flusters Joe, and then the pursuit from Peters forces a fumble and almost a recovery for Baltimore. Any time a defense sends six men on a rush, it is a gamble, and thankfully the risk was worth it on this  second-down play.

Bowser and Judon both drop into coverage. Wink dials up yet another corner blitz that completely catches Burrow off guard. Humphrey is a very good blitzer, but he is the best coverage player for Baltimore as well. Wink does not care about all of that; he takes his chances, and it works against most teams. Humphrey gets to Joe in a hurry and Burrow just ducks and falls to the ground for the sack.

Humphrey lines up as RCB and plays off-coverage against LWR Mike Thomas. Thomas runs a curl route, Humphrey attacks the route and comes downhill in a hurry. He strips the ball out of the receiver’s hands and Queen picks it up and takes it to the house for six points. Humphrey is elite at punching/stripping the ball out of ballcarriers’ hands. He does it once again, and Patrick Queen puts icing on the cake with the fumble recovery for a defensive touchdown.

Baltimore won the game against the Bengals with ease, but came away with areas needing improvement. It’s on to Philly.