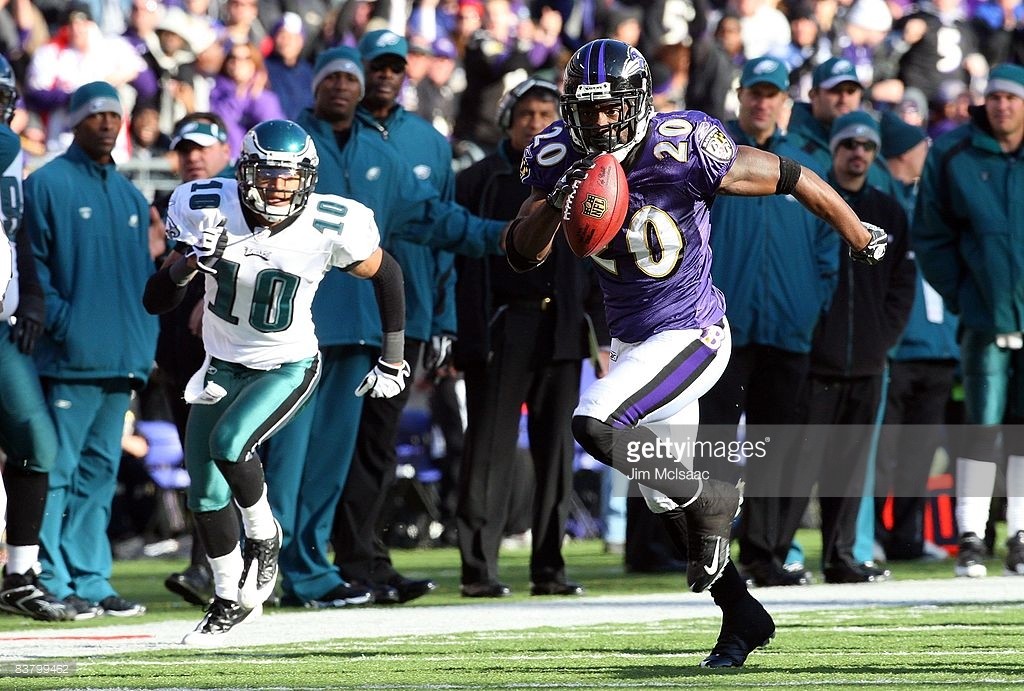 Coming off a seemingly unimpressive win, at least on the offensive side of the ball, the Ravens take on the Eagles in Philly. The Eagles have been struggling this season, similar to last year, with injuries and just bad play all around. It will be interesting to see how the coaching staff decides to play this game, given the Eagles’ solid defense spearheaded by stud corner back Darius Slay. This is a big game for Lamar Jackson. You can tell that he knows the buzz around the media is that he has been off this year, which has led to haters across the league claiming that Jackson was a one-year wonder. While we know that could not be farther from the truth, you have to admit that Jackson has not been quite as electric as in his MVP season. Of course, that does not fall solely on him. The receivers have had butterfingers at times and there have been some questionable play calls. Overall, there is no reason to worry in Baltimore. The Ravens are still the most dangerous team in the league on any given Sunday. I personally hope the hate keeps coming because we all know that the Ravens play their best when they feel slighted and have something to prove.

The history between these two teams has been tightly contested – like they literally are tied. Each team has two wins in the series, along with a tie in their first matchup back in 1997. Even more interestingly, excluding the tie, three of the four games were decided by less than a touchdown and the last two meetings (2012 & 2016) were both decided by just one point! Man, I hope we can get a game like that this Sunday. We all need it after consecutive blowout performances, one by the Ravens and one by the Chiefs. The Flock must be wary though: when the two teams battle in Philly, the Eagles are undefeated.

The Ravens will undoubtedly look to end that streak this weekend.

In the most recent meeting, the Ravens edged out the Eagles 27-26 in dramatic, nail-biting fashion, as the old Ravens loved to do to us. The Ravens led all day, 10-3 after a quarter and 20-14 after two (and three). A Kenneth Dixon 16-yard TD made it 27-17 early in the fourth, and it looked like the hay may have been in the barn. But rookie QB Carson Wentz led drives of 49 and 59 yards in the final five minutes, and punched it in the end zone himself to make the score 27-26 with just four seconds to go. Now, as an adrenaline junky myself, I love a bold play call with seconds left in the game. But if new Eagles head coach Doug Pederson had made this particular decision with his brain rather than his balls, he would have known to go for one and the tie, rather than two and the win. The Eagles led the Ravens in possession time by 13 minutes and had 24 more offensive plays, and had just marched the field twice. Baltimore’s D was gassed. If Philly had won the toss in OT, the odds seemed in their favor.

Thankfully, the Ravens held, forcing an incomplete pass on the attempt and securing the victory.

Eight years ago, the story was reversed, as the Ravens lost in heartbreaking fashion. This was a unique game in that both teams’ leading pass catchers were tight ends. Dennis Pitta led the Ravens in receptions and receiving yards, going for eight catches for 65 yards. The same with Eagles tight end Brent Celek, who caught eight for 157 yards.

Under two minutes left in the one-possession game. Eagles are on the goal line. None other than Michael Vick rushes in for the go-ahead TD. Eagles win.

It will be really cool to compare Vick’s performance in this 2012 matchup to Lamar’s performance this week. In that game, Vick threw for 371 yards on 23 completions, with one TD & two interceptions, adding 34 yards and a TD on 10 carries. I don’t think there is a shot in hell that Lamar throws for almost 400 yards this week. However, 400 total yards is not impossible. Bold? Absolutely. but not impossible.

We saved the juiciest matchup for last. Back in 2004, the Eagles bested the Ravens 15-10. Another one-possession game, but not decided by one point with under two minutes left on the clock.

So why is it the juiciest? Well if you remember, the Ravens had, the previous offseason, come very close to signing H.O.F. wide receiver T.O. (Terrell Owens).

Who signed him in the end? Philly.

If you were around for the T.O. experience, you knew that while he was an excellent player, he was bold. He was cocky. And he loved to get into the head of his opponents. So when T.O. scored the game’s final touchdown, what did he do? He did the squirrel dance (aka Ray Lewis’s signature dance) in the end zone.

All I could think is “man… you are lucky you pulled that at the end of the game because Ray would have put you on your rear end real quick if he had the chance!”

T.O. led all receivers in yards that day, catching eight balls for 101 yards and a TD. So while he had every right to get cocky, you don’t disrespect the GOAT of linebackers like that.

So besides T.O’s dominant performance, we should just blame the loss on Kyle Boller. It’s just easiest and honestly, no one would question you if you said the loss was on Boller. Because he was… not good. Even if Boller had finished with a perfect QB rating (he didn’t…it was 77.0), the loss was still his fault. Because he’s Kyle Boller.

We saved the best for last. In 2008, Kevin Kolb (filling in for an injured Donovan McNabb) led the Eagles into Baltimore to face rookie QB Joe Flacco’s Ravens. This game looked to be right in line with the rest of the series, as it was just 12-7 Ravens after three quarters. Another tense finish?

Baltimore exploded for 24 points in the fourth quarter, including one of the most memorable plays in Ravens (or NFL) history. It was 22-7 good guys early in that quarter, and the Eagles were on the doorstep (like, the one-inch line), threatening to make it a game once again. Kolb tossed it to the back of the end zone, where Ed Reed was waiting. Did Ed take a knee and the touchback?

A hundred. And eight. Yards.

To recap, in the five games in the series the teams have tied once, played two one-point games, a five-point game, and had one blowout.

I can’t wait to see the next chapter on Sunday – we all know some loudmouthed ‘Iggles fans that need taking down a peg or two.