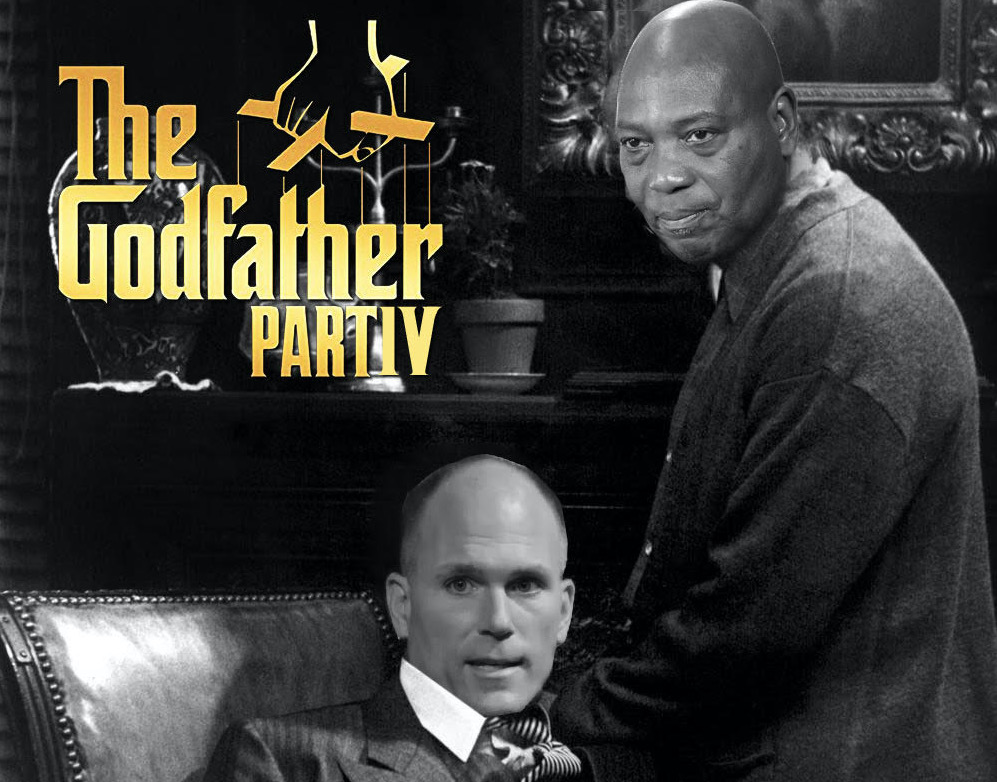 The NFL trade deadline is the Tuesday following Week 8. In other words, November 3rd. There was a time when this trade deadline would inspire little more than a yawn, but as teams have become a bit more clever with the cap and have unleashed some creativity to create more win-win situations for trading partners, trades are increasingly more common in the modern era.

Making trades even more enticing, particularly for struggling teams or for those teams ready to hit the reset button, the $23.2M drop in the salary cap to $175M will force some to cut players who aren’t playing to their cap number. Alternatively, players could be jettisoned just because it makes little sense to carry a highly paid veteran on a losing team. Draft picks in exchange may be more alluring.

Last season Eric DeCosta was able to persuade the Rams to part ways with Marcus Peters. DeCosta knew that Peters wouldn’t be back with the Rams after they made the blockbuster trade to acquire Jalen Ramsey. Rams management had painted themselves into a corner with their cap and they saw the trade as an opportunity to create some room plus get a fifth-round pick in 2020 and athletic linebacker Kenny Young instead of a third or fourth round comp pick in 2021. I have little doubt that DeCosta has identified any and all similar situations this year. 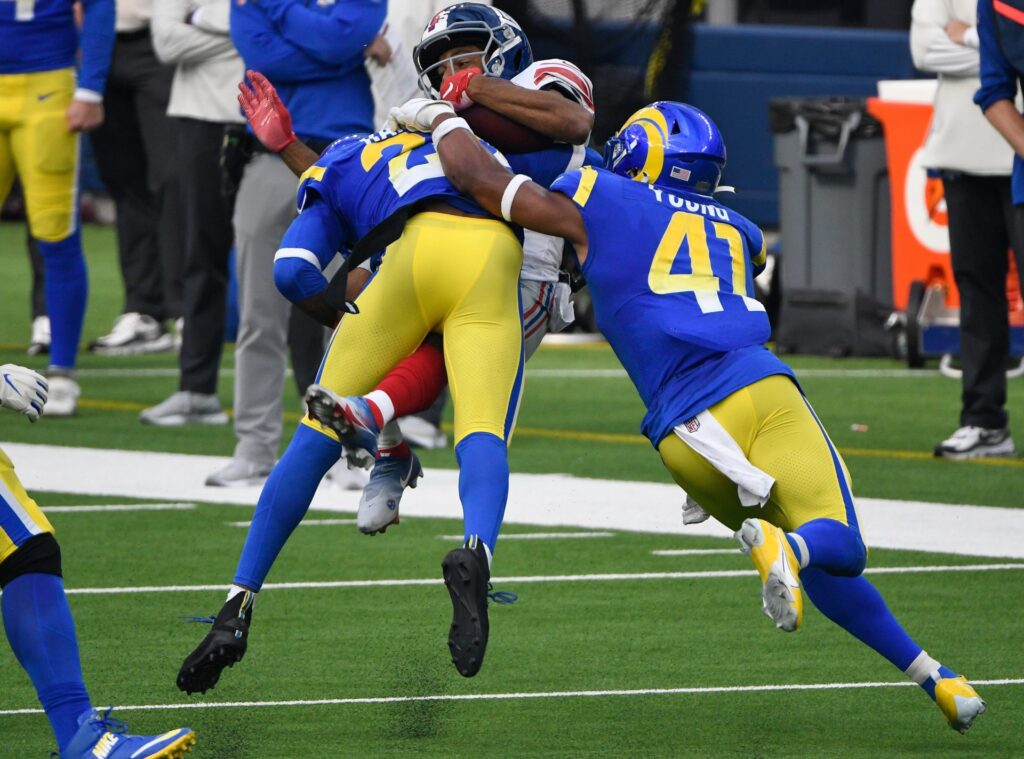 Blowin’ in the “Trade” Wind

I’ve been asked often, “What is the Ravens biggest positional need?”

There was a time when I thought the biggest need was an edge rusher. I just thought it could morph the Ravens defense into something special particularly if they could get an edge presence that would command double teams at times and help Wink Martindale get after the quarterback with just four rushers. I still think it’s a need but I no longer think it’s the most pressing one. That would be found on the offensive line which could really use an above average right guard.

Matt Skura isn’t at his best but he’s decent enough. Bradley Bozeman is improving albeit slowly, but he’s a guy they can live with. But Tyre Phillips is too often overmatched at right guard and Pat Mekari, despite a solid 2019 at center in place of the injured Skura, hasn’t been as successful one spot to the right. Ben Powers has seen limited time there and of the three he’s been the best but his sample size is small and if training camp is any indication, he’s not a very good practice player. It’s on those practice fields where you win over John Harbaugh.

Another area of need is tight end. The Ravens rely on Mark Andrews in a big way and now he’s attracting a lot of attention, particularly with the lack of formidable threats at wide receiver. That shrinks the middle of the field and it could increase the chance of injury.  Marquise Brown has been solid and the feeling here is that he’ll put up better numbers in the weeks to come. Devin Duvernay has earned more snaps but you have to wonder how much of the playbook he’s actually involved in given that he’s a rookie playing without the benefit of a preseason. Miles Boykin still looks raw and as a long strider with awkward change of direction skills, he struggles to create separation. 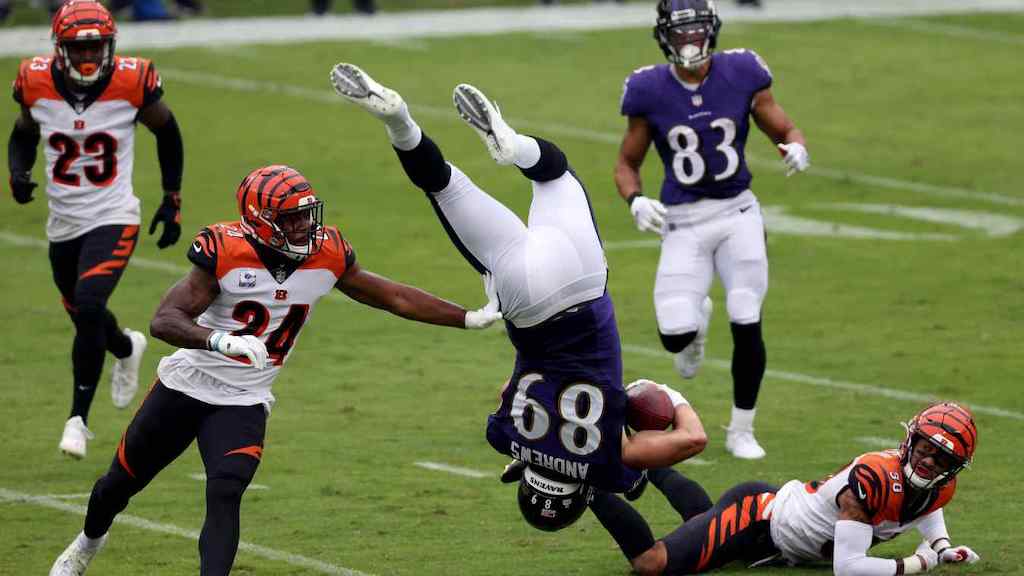 But a tight end who can get upfield and line up outside the numbers when called upon is Evan Engram with the Giants. Clearly Big Blue isn’t a worthy threat for a divisional crown even in the putrid NFC East. Engram is a player the Ravens coveted in the 2017 NFL Draft. He’d be a nice fit if the Ravens could make it work.

What About Wide Receiver?

Isn’t Wide Receiver a perpetually unsolved mystery for the Ravens? With the talent in the backfield, tight end, Marquise and of course Lamar, a veteran WR who can stretch the field vertically as well as on crossers, could place uncomfortable pressure upon opposing defenses. The trouble is that some players who fit that description and might be available (Julio Jones comes to mind), don’t fit into the Ravens financial model.

But there is someone who could and do all of the above, but unfortunately he comes with more baggage than Samsonite.

Brown doesn’t fit the Ravens carefully developed culture at all. The Ravens swallowed a bitter cap pill after parting ways with another player who didn’t embrace the culture that John Harbaugh has crafted. Of course, I’m talking about Earl Thomas.

Moreover, AB’s unsavory extracurriculars include a few unresolved cases of domestic violence – allegedly. And given Steve Bisciotti’s public stance on DV since the Ray Rice Atlantic City incident, the idea of AB in a Ravens uniform is likely to be dead on arrival.

Bisciotti is a master at the art of negotiation. And despite Brown’s transgressions, proven or otherwise, I don’t think that Bisciotti would summarily shut down the notion if DeCosta asked him to hear out AB. It’s still unlikely to happen but from what I know about Bisciotti, information is vital to any decision and with incomplete data, uninformed decisions result. And he didn’t become a self-made billionaire by making hasty choices. 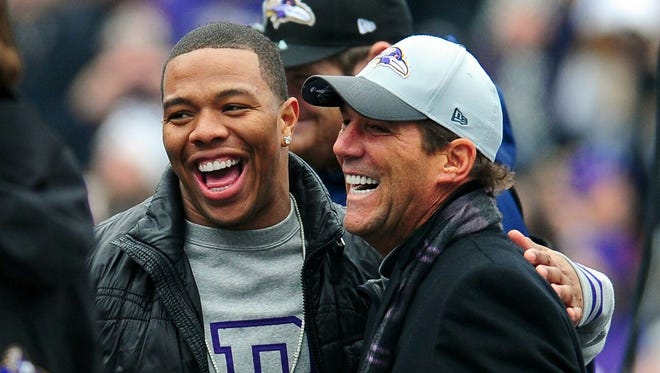 We all knew that losing Marshal Yanda would leave a big hole to fill on the offensive front. Maybe we all didn’t realize just how big of a loss it would be. Yanda is a future Hall of Famer. He was a captain, a leader and at times the signal caller for the Ravens line. We all remember how Ray Lewis helped his mates with his pre-snap reconnaissance skills and his ability to quickly realign players to put them into position to succeed on a given play. In a similar way, Yanda was as vital to the team’s O-line play. It’s naïve to think that a team could replace an 8-time Pro Bowler with a rookie who didn’t play guard at the collegiate level and think that there wouldn’t be significant drop off.

Given the injury to Anthony Averett we will soon see more of Khalil Dorsey and Terrell Bonds. Both are smaller than Averett in stature at 5’9” and 5’8”, respectively. Dorsey had a fairly solid training camp but when I attended practices, Bonds stood out a bit more to me. He’s feisty, a scrapper with a high motor. He struck me as a genuine Raven, regularly in position to make a play. In fact, he reminded me this summer of former Ravens slot corner Corey Ivy.

If either Dorsey or Bonds is called upon, and there’s every reason to believe that at least one of them will be, they’ll be used in the slot which would then bump the versatile Marlon Humphrey outside to defend the boundary. Averett’s play was ascending but I’m not so sure that the net difference is a negative. Neither is as good a player as Averett but the drop off isn’t as significant as the uptick realized in Humphrey moving to his more natural outside corner position.

As expected, Earl Thomas filed his grievance against the Ravens to dispute the $10M in salary that for the moment he’s lost in 2020. The grievance, which according sources close to the team, is likely to go the Ravens way, forces the Ravens to park an additional $4M on their cap until the grievance is resolved. More on that here from our resident capologist Brian McFarland.

That said, once the $4M hits the Ravens books it will drop their available cap space to roughly $4.1M. The cap recently took a $1.2M hit for an injury claim filed by former Raven Tony Jefferson.

On another Ravens’ Cap matter, former Raven S Tony Jefferson has filed for the Injury Protection Benefit due to being released last Spring coming off of an injury during the prior season and now still being unemployed. That now counts $1.2M on the Ravens’ Cap.

At $1.2M for nothing in return, it makes you wonder if the Ravens should just rehire Jefferson and stick him on the practice squad. Keep in mind the PS can take on veterans during this pandemically tainted season.