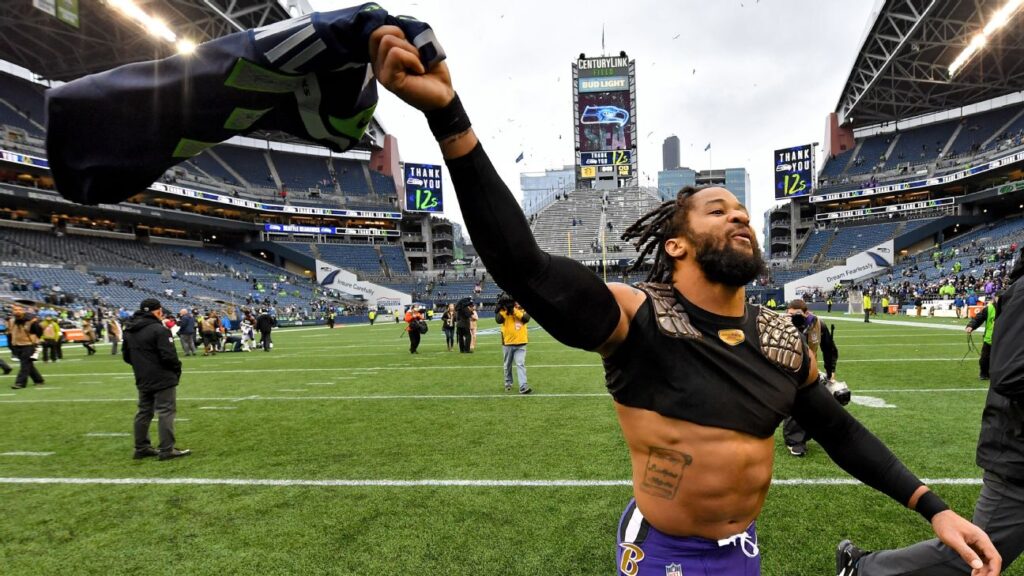 Last night’s #Ravens Rap featured special guest @ScottGShow1057. We covered the Good, Bad & Ugly, the unending rumors of AB to B’more and we discussed how the season is shaping up as John Harbaugh & Co. implement a long-term plan in short-term way.https://t.co/HTG04M2Oes

With Earl Thomas’ grievance now official, a reminder of the Cap Implications of his release: https://t.co/kPSEiXtJ3o

On another Ravens’ Cap matter, former Raven S Tony Jefferson has filed for the Injury Protection Benefit due to being released last Spring coming off of an injury during the prior season and now still being unemployed. That now counts $1.2M on the Ravens’ Cap.

Harbaugh on miscommunication instances between Jackson and Miles Boykin. Harbaugh said it was addressed in today's meetings: "That's got to be fixed. It will be. It's Miles' responsibility to get it right. Lamar is calling the play."

This was literally me and my girlfriend yesterday when the Eagles were about to go for the game-tying two-point conversion pic.twitter.com/lM3pTjh7wI

The Ravens have emailed PSL holders about ticket request info for the Week 8 game vs. Pittsburgh, and @DanielOyefusi has the details.

Highest graded QBs in Wk 6 ahead of MNF:

Lamar Jackson has the second highest passer rating in NFL history with a minimum of 500 pass attempts. Only Mahomes is higher.

Play 1: Gets bulldozed over
Play 2: Fixes gloves mid-play
Play 3: Sacks his own QB

This is what Carson Wentz has been dealing with.