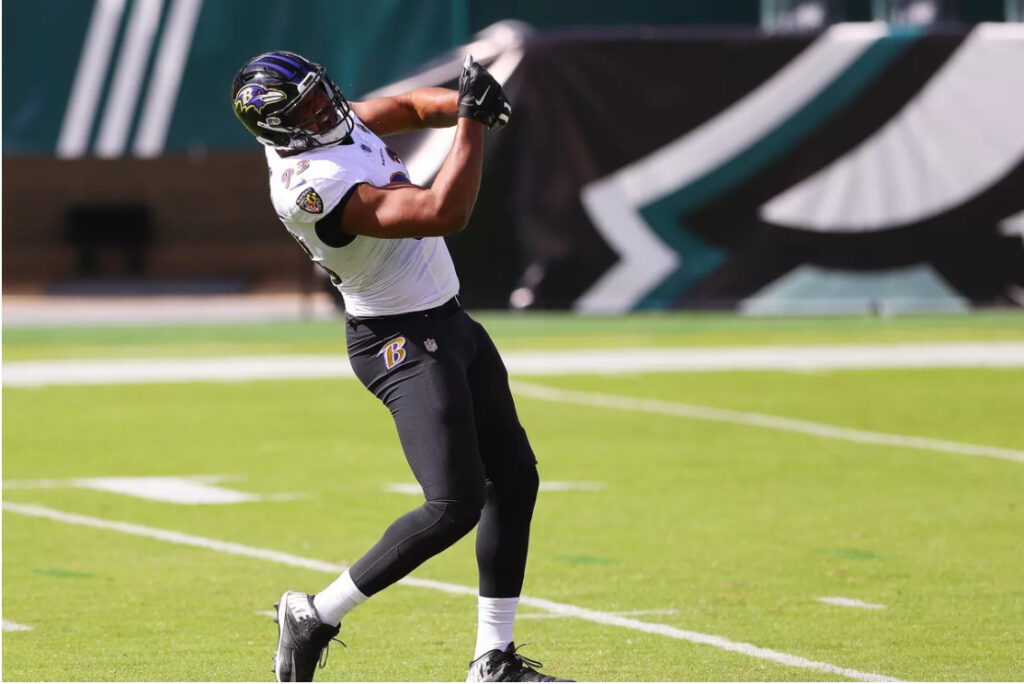 Worth remembering as we enjoy the bye week.
Lamar Jackson took over a 4-5 team.
Since then, 24-4 in the regular season.
Scored at least 20 points in every regular season start.
MVP
23 years old #Ravens spend less than 30 teams on offense #RavensFlock pic.twitter.com/94Wa45ipLt

.@CalaisCampbell is the AFC Defensive Player of the Week 😤😤 pic.twitter.com/sw7HmHw3LR

Both plays result in touchdowns, but Thomas pulls up while Elliott doesn’t quit and causes a fumble.#Effort #PlayLikeARaven pic.twitter.com/q9r53tqf9D

“Eagles will be without Miles Sanders and Zach Ertz Thursday night” pic.twitter.com/IsxosxlLmb

200 IQ play by Miles Sanders here to set up the TD pic.twitter.com/JCAmqpM28I

@Ravens Big shout out to Eric DeCosta for giving me a hat after the Ravens victory in Philadelphia. Even though you meant it for me, I couldn’t resist giving it to my daughter. You made her day! Let’s get some fans in the stands back home. I’m ready! pic.twitter.com/t9MOkXKNxN

This is the 6th game in the Super Bowl Era featuring two undefeated teams this late in the season (Week 7 or later).

In the previous 5 instances, the team that won the game made the Super Bowl that season. pic.twitter.com/2QRCvOJTQh

Baker Mayfield hasn’t shown the #Browns he’s their franchise quarterback in this pivotal year, and the clock is ticking https://t.co/iTUXSfJdLk

Ravens bye week this week, what are we doing Sunday instead of watching the Birds? Apple picking? Carving pumpkins? Crying? pic.twitter.com/uzXLHuaZsi