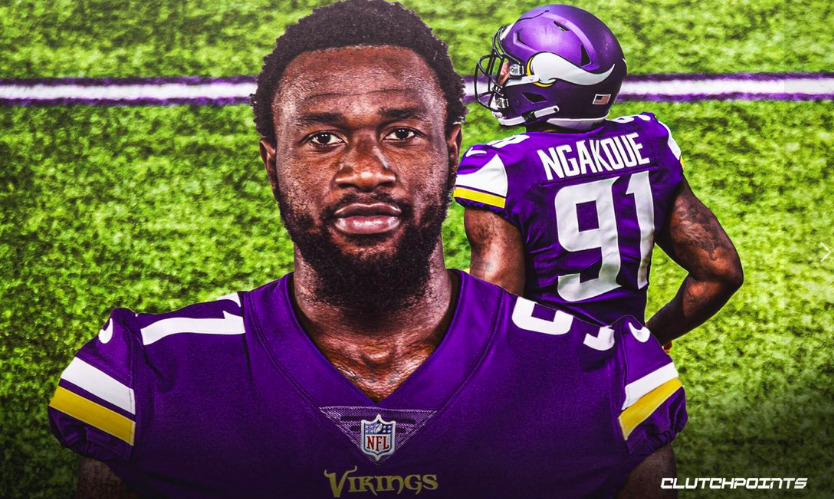 The Ravens traded a third and conditional fifth-round pick to the Minnesota Vikings for defensive lineman Yannick Ngakoue on Thursday.

Baltimore has attempted to acquire Yannick Ngakoue multiple times in recent months; Ngakoue hoped to land in Baltimore all along. He grew up in Bowie, Md., starred at Maryland, then was drafted by Jacksonville. Baltimore is his third team in three months, but what he wanted. https://t.co/B3NQfDaRqG

This is what EDC does. He looks at every nuance of a player who could be a fit for the Ravens to achieve maximum value. And just like with Marcus Peters, I have little doubt that DeCosta has already begun work on an Ngakoue extension.

The Ravens defense just got a major upgrade and I’m hesitant to lash out at all who ridiculed me for calling this trade back on October 1st, but never underestimate the tenacity, creativity and perseverance of the Ravens GM!

— The Ravens immediately boosted their pass rush by acquiring Ngakoue.

— Ngakoue and Calais Campbell will be a nightmare matchup for opponents.

— The Ravens are getting back to their roots by looking to win games on the strength of their defense.

—  The Ravens likely want to sign Ngakoue to an extension if possible as opposed to a one-year rental.

— In six games with Minnesota this season, Ngakoue has recorded 10 tackles, a team-high five sacks and two forced fumbles. He could even be more effective under Baltimore defensive coordinator Don Martindale.

EDC does it again, continuing to bolster this Ravens roster without giving up an absurd amount of draft capital. Ngakoue is exactly what this defense needed, and he’ll make the pass rush one of the best in the league right away.

Another important piece of this move: Matt Judon is now likely to be paid elsewhere this offseason, and if his contract is big enough, Baltimore will get that 3rd-round pick back. Unreal!

Wow!! When Tony Lombardi wrote about this scenario a few weeks ago I thought it seemed like a pipe dream. Sure everything sounded good but could it really happen? After all we already missed that boat in the off-season.  I’m learning to never count out EDC. Ngakoue’s impact might resemble Marcus Peters’ last year. He is a perfect fit and he will be just as happy to play on this defense as us Ravens fans are to have him. This might be the writing on the wall for Judon.

The rich get richer, as an already top defense adds a young and productive pass rusher into the fold for the playoff push. The defensive front’s future has been a big question mark this season, with Matt Judon, Tyus Bowser, Pernell McPhee, and now Ngakoue all set to hit free agency after this year. If Ngakoue can be extended, which I think is a strong possibility and something EDC should want to get done, this virtually seals Judon’s fate as this should more than likely be his last season in Baltimore, but I would still like to see Bowser be brought back to play opposite the new addition. The acquisition should also give the Ravens the opportunity to get pressure on the quarterback with just four rushers, something they have yet to be able to do so far and a game plan that the Chiefs have struggled with.

Don Martindale is going to have some fun with his new pass rusher who has 42.5 career sacks and 92 QB hits in just 69 career games. A front of Ngakoue, Campbell, Williams, Wolfe, Judon, and Bowser is one that will keep AFC coaches and QBs up at night.