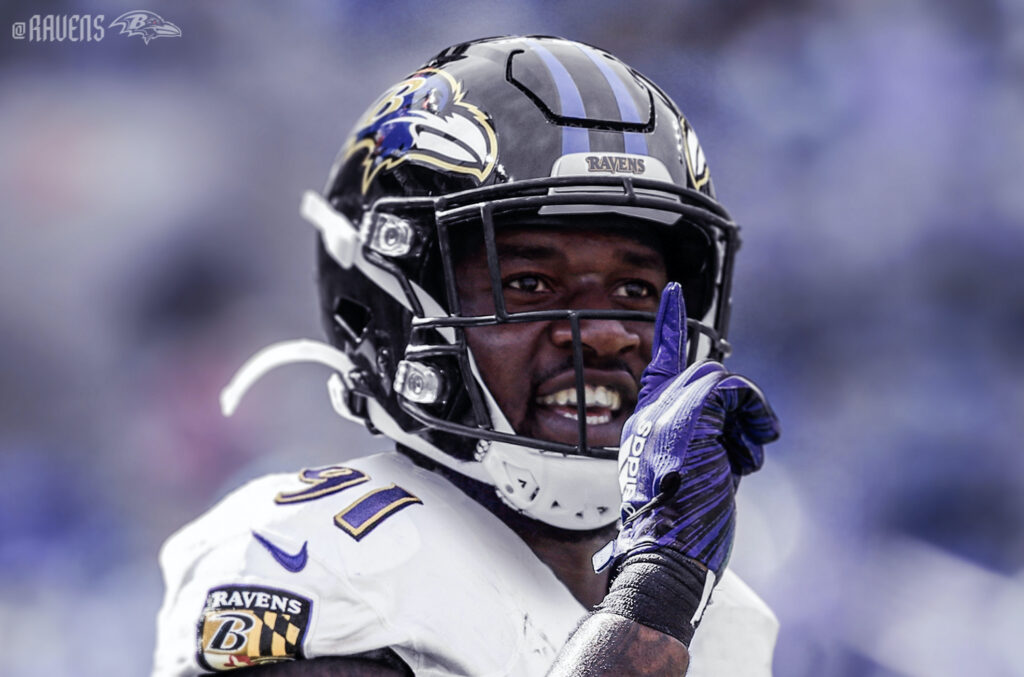 Eric DeCosta, man. Dude is a smooth operator when it comes to the early offseason and the NFL Draft, with the trade deadline being no different. After adding Marcus Peters last offseason, EDC made quick work during the bye week this year trading for Yannick Ngakoue and adding Dez Bryant to the Practice Squad.

Could more be in store?

Here’s a quick look at what has happened so far, what’s not happening, and what could happen before the deadline passes.

Like having to wait until Christmas for that birthday present you wanted so bad, Ravens fans finally got their gift of star pass rusher, Yannick Ngakoue. Lest we forget, Baltimore fans clamored for EDC to pull the trigger last year and trade for the former Terp, when the Jaguars were somewhere between asking for a Round 1 pick and insisting they didn’t want to trade him. Fast forward to the 2020 offseason, and with Yannick officially on the trade block, Ravens fans were screaming from the rooftops to “bring him home!” Instead Yannick was traded to the Vikings, took less money just to get out of Jacksonville, then inevitably found his way back to Maryland to finish his 2020 season with the Ravens.

It took a little longer than expected, but the Ravens got their much needed pass rusher, who reunites with Calais Campbell, all while screwing the Vikes once again.

Minnesota trade a 2nd and 5th for 6 weeks of Ngakoue. The Ravens traded a 3rd and a 2022 conditional 5th for 10+ weeks. In essence, the Vikings dropped what will be about 45-50 spots in the 2021 draft for a month and a half of Yannick. Classic.

Meanwhile, the Ravens have to send a shout out to the Jags for their help in the matter. After all, their toxic culture led to Yannick Ngakoue being so desperate to get the hell out of Jacksonville that he took a $6M pay cut to facilitate the trade with the Vikings. That pay cut in turn allowed the Ravens to be able to squeeze Yannick into their minimal cap space, post-trade.

Back in 2010, Jerrah Jones traded into the 24th pick- one pick ahead of the Ravens- to draft Dez Bryant. Many Ravens fans felt their heart break, as they swore the stars were aligning for Baltimore to take the talented wideout from OK State. Instead, the Ravens traded down to the middle of Round 2 and took… Sergio Kindle. Yikes.

Fast forward a decade, and Ravens fans finally saw those same stars aligning, as Dez has found his way to Baltimore, albeit on the Practice Squad. Nevertheless, the pie in the sky notion that 2020 Dez is the same as 2014-2016 Dez (I’d even take 2017 Dez) still lingers. For a wideout group that has been struggling in 2020, the prospect of what Dez can bring to the table is surely alluring. 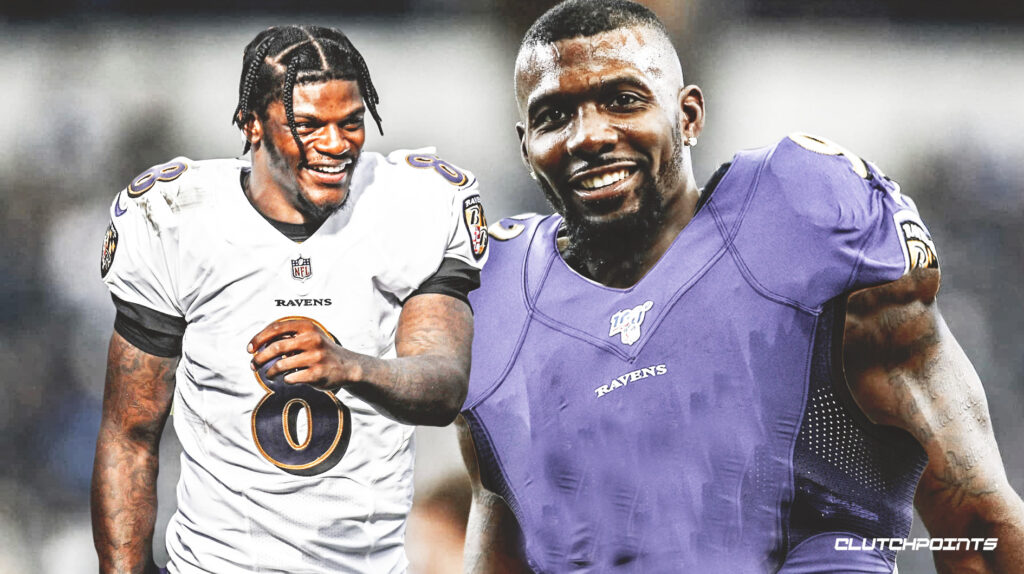 Despite many fans clamoring for the one time rival in black & yellow, it’s simply not happening. Antonio Brown will not be a Raven.

This isn’t to say the Ravens are done making moves (we’ll get there soon) but in regards to this particular move? The deck is stacked against a Hollywood/AB reunion in Baltimore: 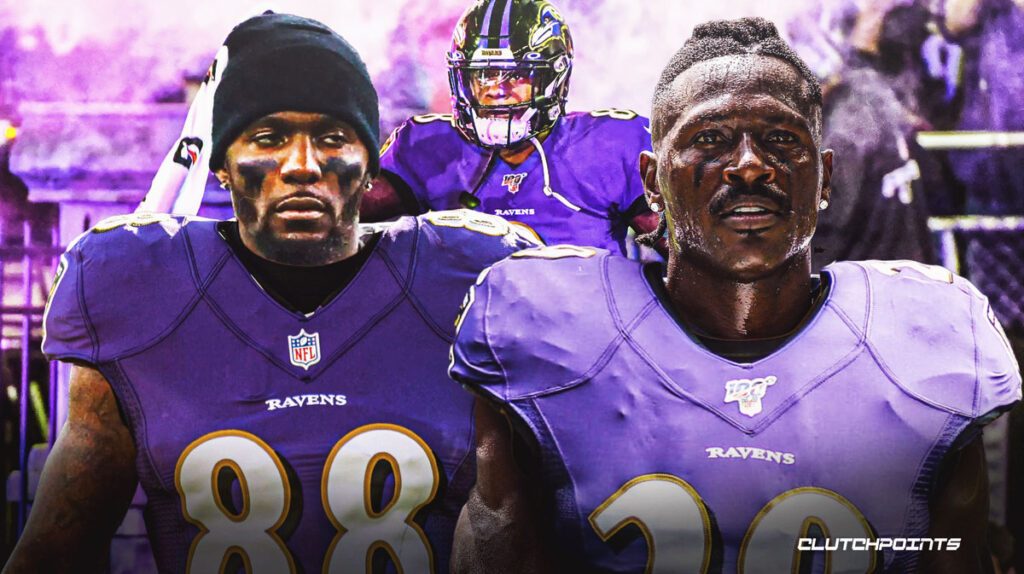 Are The Ravens Done?

Yes. But maybe no. But also, probably yes.

I don’t doubt that John Harbaugh and Eric DeCosta are speaking on the daily about the needs of this team as they look to come out of the bye week strong, and in turn, DeCosta is speaking with multiple teams about players that would help strengthen this Ravens roster.

But again… we broke.

Now the caveat is here is that the Ravens do need to make some sort of roster adjustment in order to clear ample space to bring Ngakoue in. If- and it’s a big if- they make a move that opens up more than enough space (say… a Ronnie Stanley extension?), the Ravens could have space to make another move.

It really depends. I’d say the only other positions the Ravens could look to upgrade would be Right Guard or Slot Corner. I’d also say the Ravens wouldn’t be willing to part with their 1st or 2nd Round pick, and with their 3rd rounder headed to Minnesota, they’d look no higher than a Round 4 pick to part ways with in a trade.

The only move I can see happening?

Ravens acquiring sCB Desmond King from the Chargers for a 2021 5th Round pick.

It fills a major need for the Ravens,  doesn’t cost much ($1.3M remaining on his deal in 2020), and won’t hurt the team financially long term (final year of his deal).

Surely this would be another savvy move by the Ravens front office, but let’s be real…would you expect anything less?