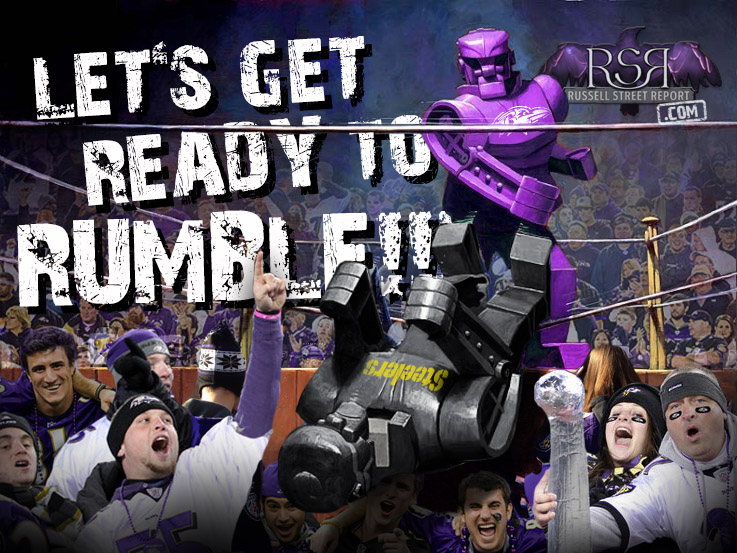 Given the history of this series and the way the #Steelers have played in 2020, this line looks big! pic.twitter.com/ko85S4EfYK

I DEMAND action from the @NFL on this front.

If I have to go through another NFC East primetime game, I'm going to run head first into the wall.

ya think Ben and the Steelers recognized an area they wanted to attack vs Tennessee? pic.twitter.com/Jznh8K9sJB

When I listened to @1057TheFan Vinny Cerrato would beat down on Eric DeCosta regularly. Once when discussing the winter meetings at Steve Bisciotti's Florida home, Vinny wondered why EDC would even go, saying that he was just Ozzie's yes-man anyway. Wonder what he's saying now? pic.twitter.com/eh2XIxW5nt

This is accurate to an extent. The Ravens had $8M & once Ngakoue is added, that drops to $2.8M. But, that's before Thomas' grievance is factored in. The $5M referred to below has nothing to do w/ the grievance, that's his 2020 Signing Bonus proration which was already counting. https://t.co/qM6g2dlheX

This applies for the social team too!

Instead of tagging @Ravens every time you want a trade/player see below 🤣 https://t.co/nNO42CEic5

Whew, Jeff Garcia been waiting a long time to get this off his chest about Cam Newton. pic.twitter.com/clx5IEGn9x

Bruce Arians on Antonio Brown: "Tom had nothing to do with this. This is something Jason (Licht) and I have been talking about for some time.''

Jeez, this is a nasty hit by Jon Bostic on Andy Dalton. Bostic ejected. pic.twitter.com/9MkYbJY1WO

The Cowboys 3rd string QB is now warming up as Andy Dalton took a hit to the head while sliding. pic.twitter.com/HxONR9a6Be

Mike McCarthy on no Cowboys players getting in Jon Bostic's face after his dirty hit on Andy Dalton: "We speak all the time about playing for one another, protecting one another. It definitely was not the response you would expect."

The #Cowboys aren’t connected in the locker room. They’re a selfish bunch and that shows up in their play. A bunch of “me” guys playing as individual contractors. That’s why they don’t hustle, communicate or fight for each other. Everyone is a solid artist not a band member https://t.co/9jPeofBneB

#Browns WR Odell Beckham, who was knocked out of today’s game early, is feared to have suffered a major knee injury, source said. He’ll have an MRI in the morning and perhaps there will be some better news, but early indications aren’t good.

Odell Beckham's knee injury. His left foot being pointed inward might have saved him here from a bad injury, but we'll see. ACL tears swell up quite fast and exam is fairly reliable, so I'd say its a good sign he's at least questionable pic.twitter.com/DMP1Uu2ByP