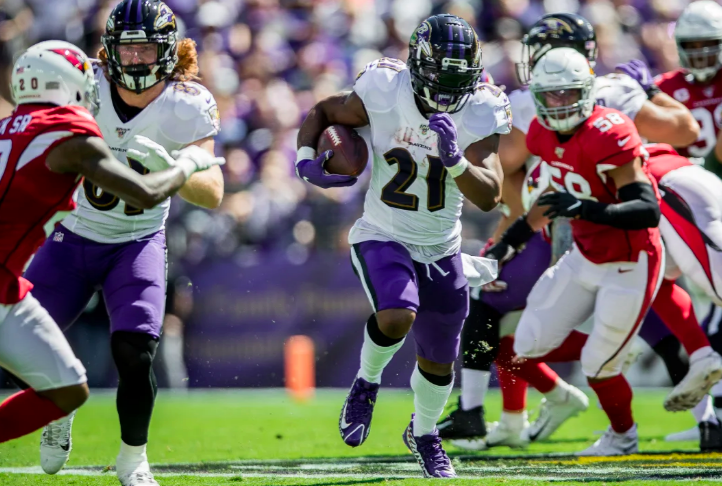 This is the most anticipated game of the season so far, and it’s not just because of the opponent. We’ll see the debut of newly acquired Pro-Bowler Yannick Ngakoue and just how much the week off benefited the struggling and inconsistent Lamar Jackson-led offense.

Here’s what to look for and keep an eye on this Sunday afternoon.

I’ll be watching to see how involved Ngakoue is in his first game as a Raven. The former Jaguar and Viking played over 70% of snaps in three of four seasons in Jacksonville and was on pace to do it again in Minnesota, but I don’t expect a number that high in Baltimore, at least not yet.

This week being his first with his new team and defensive scheme combined with the existing depth in the pass rush, and I think over 70% of snaps in his debut is unlikely. We’ve seen Don “Wink” Martindale sometimes drop guys like Calais Campbell, Matthew Judon, and Tyus Bowser into coverage and rely on the secondary for pressure on the quarterback. Pittsburgh also ranks 11th in rushing yards per game this season. We know Ngakoue is excellent rushing the passer, but he’s struggled against the run and dropping into coverage in his career. He knows how to get after the passer, and most of his snaps on Sunday should come on third and other obvious passing downs.

I expect Ngakoue to be eased into the rotation and his usage and snaps to increase as the season goes on.

After not practicing Thursday, it’s looking more and more likely Mark Ingram won’t suit up this Sunday, and it’s unknown just how long he’ll be out. With Ingram sidelined, what do Gus Edwards’ and J.K. Dobbins’ roles look like?

First off, Dobbins should be a lock to see his highest snap and touch totals of the season. We’ve been waiting for the rookie to be unleashed and it looks like we’re finally getting our wish. Gus’ role probably stays mostly the same: handling the short yardage opportunities and goal line work similar to two weeks ago after Ingram exited the Eagles game.

Secondly, and looking ahead, if Dobbins performs well and Ingram is fine to return next week, does the veteran keep his previous role? You’d have to think if a rookie does well with an increased usage the team wouldn’t then decrease it the following week, certainly if Dobbins does it against a Pittsburgh rush defense that ranks second in the NFL in yards per game.

Taking Ingram’s age, contract, and injury status into consideration, this may be the week we see Dobbins takeover the backfield for good.

Coming off a Bye

The week off was originally scheduled for this week, and I’m willing to bet the team is thankful it got moved up. Moving the bye the week ahead of what has become a highly anticipated matchup with the undefeated Steelers may prove to be key for the Ravens.

A sign of a well-coached team is good performance and preparation coming off bye weeks, and the Ravens are 10-2 and have outscored opponents 315-184 in such games in the Harbaugh era. This bye week, however, seems a little more important than those in recent history. We’ve all seen the Ravens’ offensive struggles this season, and we expect some if not most of these kinks and inconsistencies to be worked out over the week off.

“We’re so close, and we’re there. I think this is going to be a dangerous last half of the season. It’s going to look different, and we’re going to hit on plays,” Mark Andrews said.

While Baltimore was resting, Pittsburgh made the trip to Nashville to take on the Titans in a battle of unbeatens and were a Stephen Gostkowski 45-yard field goal away from overtime.