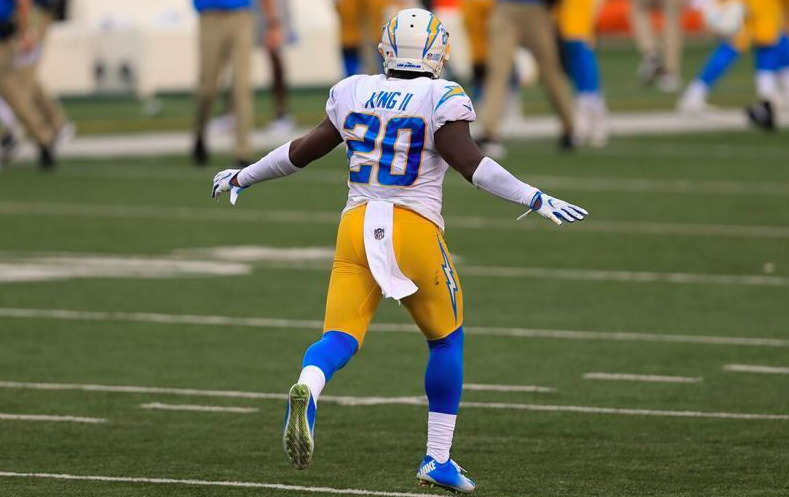 With the NFL trade deadline less than a week out, Ravens fans are getting antsy and scouring the league for potential targets for EDC & Co.

The addition of Yannick Ngakoue is fantastic, and surely Dez Bryant could turn into a viable contributor in this offense, but the Ravens Flock wants more.

Naturally, there are financial restrictions (read: we broke) and limitations on what the Ravens could offer other teams (limited picks, not a ton of depth that can be traded) but that won’t stop us fans from going all pie in the sky before next Tuesday at 4 pm!

With that said, I threw the question out to the Flock: who do you want to see the Ravens trade for?

Let’s take a look at the most popular requests by Ravens fans, where I view the trade value, and how possible those moves really are.

Trade Value: Late Round 2/Early Round 3

The Cowboys are definitively sellers, but have made it very clear that they’re not shopping Michael Gallup before Tuesday’s trade deadline. Despite being relegated to WR3 duties behind Amari Cooper (who just signed a long-term deal) and 2020 first-round pick, CeeDee Lamb, the Boys would prefer to keep the trio intact, despite the fact that Gallup could easily fetch a solid Day 2 pick that could be used to improved that porous defense.

Desmond King is the player I think the Ravens are most likely to go after, and it would appear to be quite a solid match: a player on the outs with his current team, that happens to be at a position of need for Baltimore. This is nowhere near the level of last year’s Marcus Peters trade, but trading for another solid cornerback from an LA franchise that could step into a starting role to help the defense immediately – at a low cost – would be a match made in heaven.

I figured I’d knock all three of Kenny Golladay/Mike Evans/Adam Thielen out at once, since we’re talking about a trio of star wideouts that are absolutely not getting moved. Here’s how I see it:

These are just the glaringly obvious reasons, and there’s plenty more beyond this, but one more angle here: even if all of these wideouts were on the trading block, they’d all warrant first round pick – at minimum – and I don’t see EDC doing that, especially when the 2021 WR draft class is going to be unreal.

Trade Value: Late Round 4/Early Round 5

The Ravens traded Hayden Hurst in the offseason strictly due to his desire to be more than a role player. He wanted to be ‘The Man’ and he wasn’t happy here as a TE2/3, and understandably so.

Now that the Falcons have totally fallen apart, some fans are hoping Hurst would be traded back to Baltimore and possibly ‘fix the offense.’ Quite honestly? I don’t see it. Why would the Ravens bring back a guy who clearly didn’t want to be here? You don’t bring back your ex that said she wants to be with someone else just because the dude she’s with now is garbage.

This one intrigues me… Mike Williams has flashed throughout his career, and had a quietly fantastic showing in 2019, topping 1,000 receiving yards. As such, the Bolts rewarded the oft-injured Williams by exercising his 5th year option at $15M. Alas, Williams has come back down to earth this year and with the Chargers still in the rebuilding process, they could opt to move Williams instead of paying him $15M guaranteed in 2021. Williams would be an immediate upgrade for the Ravens WR corps and I kinda love the idea.

This is a simple one: the Giants are turning away calls for Evan Engram right now, and I’d imagine unless they’re blown away by an offer, they won’t be moving him, much like the aforementioned Gallup scenario. Even if Engram was available, I don’t think the Ravens are keen on bad drops and even worse blocking.

The truth of the matter is that the Ravens are broke and would need to shift money to make another splashy trade. Ronnie Stanley could be extended, but financially it’s more responsible of the team to simply tag him next year and save some serious coin. In terms of any restructures, my deep dive into Over The Cap (I just clicked the 2020 Ravens page and dropped the tab to ‘restructure’) tells me that the only player that could open more than $2M is Marcus Peters & I’m not sure the Ravens want to do that with a player they literally just signed this offseason. Cuts… I don’t know, who is disposable to you? Derek Wolfe? Realistically any cut wouldn’t expand the wallet much in terms of what the Ravens can afford.

At this juncture, it’s all about right player, right price, and right trade value. Don’t expect the splash, but maybe a fringe move at this point.