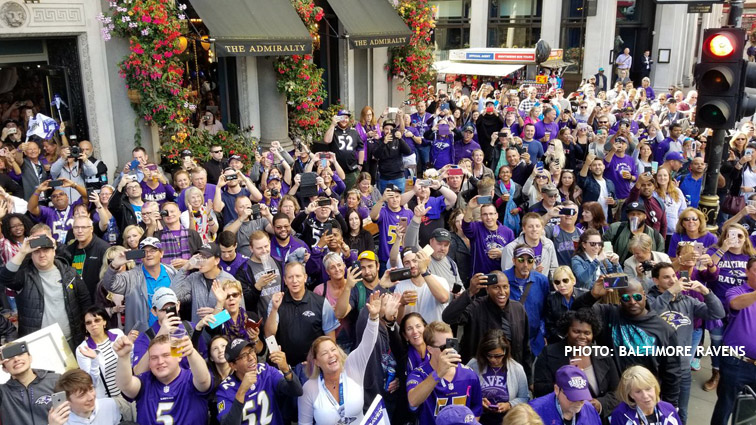 As one of the most-watched sports in the United States, it’s understandable that the NFL has a legion of fans far and wide. What’s unexpected is that nowadays, we can actually emphasize the ‘far and wide’ part as the sport’s become ever more popular across Europe. While giving even soccer a run for its money, fans are enjoying football and backing top teams like the Baltimore Ravens, even after Sunday’s defeat. So, with the season well underway, expect to see an influx of fans betting on the team to make it to Super Bowl glory.

The Hype of the Ravens

The Ravens have set their sights on the Super Bowl (again) but could 2021 perhaps be their year? They’ve had two frustrating years in the playoffs, not getting their time to shine, but as the 20-21 season is in full swing, the possibilities abound. The Ravens entered the season as one of the league’s most hyped teams and they are currently the conference’s 5th seed.

Last season they were crowned the winners of the AFC North for the second straight season, and they’re the only NFL team favored in every single regular-season game. So the odds are promising. The only downside is that it means Ravens fans actually living in Baltimore can’t even place a bet on their triumphs, although that is about to change.

The Betting Ban of Baltimore

It can be very frustrating for sports fans who want to have a flutter on their top teams, especially if they’re currently on a career-high. But, like many other states in the US, online betting isn’t legal in Maryland. So even if the bookies think they’ve got a chance of Super Bowl glory, Baltimore fans can’t follow on that hunch.

But that’s not to say that the possibility won’t ever happen. While online gambling was banned way back in 2006, various states have been allowed to operate online gaming again, going back to 2013. Sportsbooks were opened, followed by online poker rooms, and the rising popularity of online betting is making the US government take an active look. Currently, there is no way to bet online in Baltimore, but Maryland could perhaps one day be one of the states that will allow it. If you want to keep up to date with the latest betting legal situation, this site covers online gambling in Maryland. It’s worth taking a look to keep updated.

They’ve Got it Good in Europe

Fans across the world are following the NFL, especially in Europe, in countries such as England, France, and Italy. Maybe it’s because they’re not getting their rugby fix in a national lockdown, or perhaps it’s just that they like any sport that uses a ball – tennis, soccer, cricket – but the NFL culture has also spread over there, too. Some ex-rugby players have given up the UK game to try it in the NFL in America, bringing their fans across the ocean with them (not literally, we think). And it’s likely you’ll see someone from an obscure part of the UK with a Ravens cap or a jersey. Since the International Series held in Wembley Stadium and then Twickenham stadium in the UK, we can see why they find it so popular. The lights, the ambiance, and then the experience of watching NFL live.

Okay, so we have to wait until online betting is made legal again in Maryland. And okay, all the Europeans can watch NFL and bet on it to their hearts’ content. But that doesn’t mean we can’t support the Ravens our own (and better) way. Whether it’s arranging sweepstakes with friends or just following the squad, we can still have fun. Plus, it’s obviously more likely for us to see a game live.

And what games they’ll be. With most of the roster from last year intact, the Ravens have 13 players that were named in the Pro Bowl. Eric DeCosta has also been getting top reviews for his 2020 draft performance, which saw Patrick Queen, Malik Harrison, J.K. Dobbins, Devin Duvernay, and James Proche join the team. Records have been broken, players are fresh, fit, and determined, and all bets are on for them to win the Super Bowl. It just so happens that it’s the European fans who will be literally betting on it.