Here are the ATS Standings after Week 8: 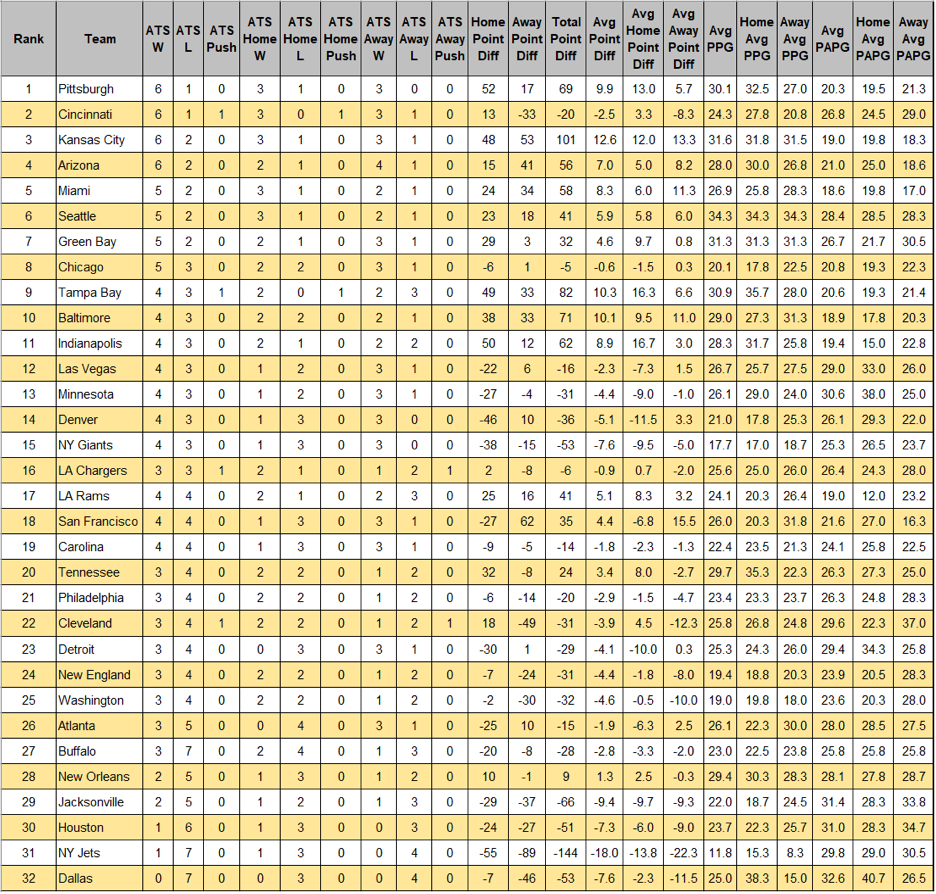 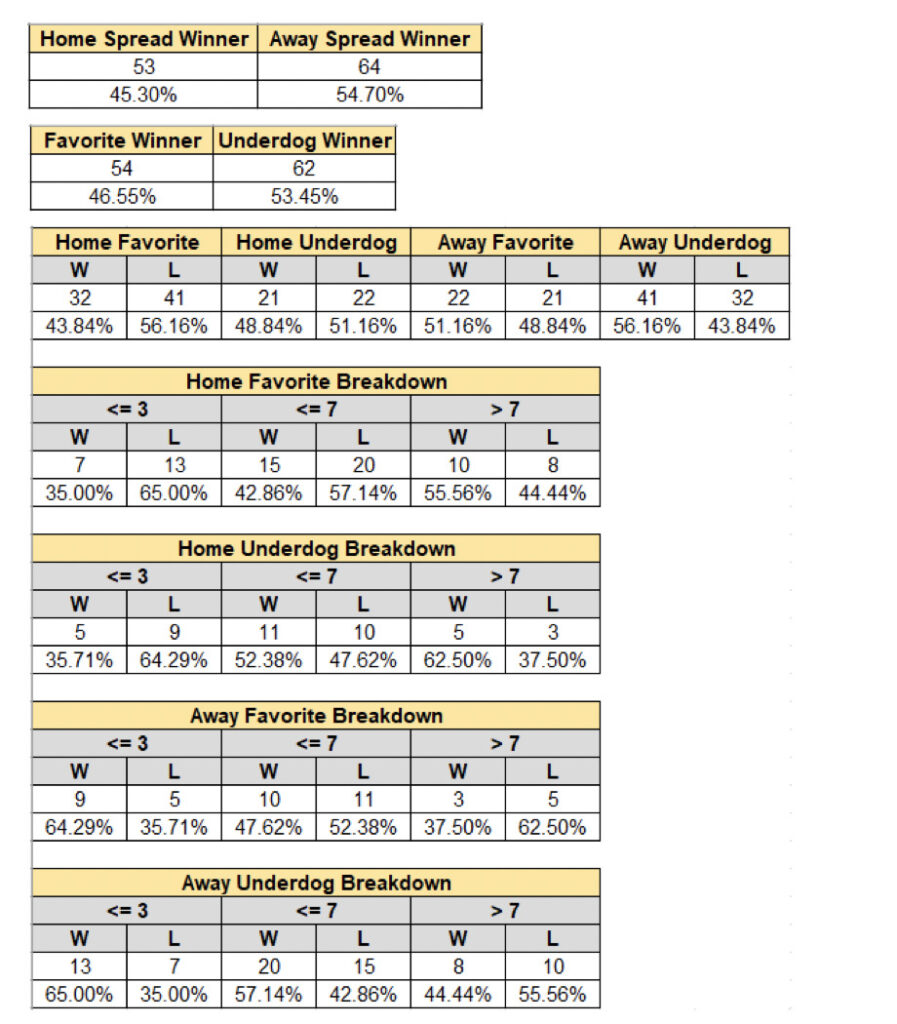 Feel free to play along, tell me where I’m wrong, post your own picks, or just enjoy the read. Onto Week 9.

I think this line has been influenced a bit too much by Miami’s game last week against the Rams. Their defense played extremely well, but Tua did not, going 12 for 22 for 93 yards and a touchdown. Those stats won’t get it done against a very good Cardinals team coming off a bye.

Keep an eye out for the COVID report before throwing any coin down on this game though. Arizona came out and said two players have tested positive over this past weekend. If all is well come Sunday, I like Arizona to win by a touchdown at home.

Miami is 7-2 ATS in their last nine games. The Cardinals are 2-1 ATS at home this season with a 5.0 average point differential in those games.

I said earlier in the season that if you give me a Kansas City spread less than 10 points, I’m going to take it 99.9% of the time. This is close enough for me.

Carolina should have Christian McCaffrey coming back this week, but it won’t do much in regards to how close they can keep this game. The Panthers just don’t have the horses to keep up with a high-powered Kansas City offense. Kansas City wins 34-13.

Kansas City is 3-1 ATS at home this season boasting a 12.0 average point differential. The Panthers are 4-0 ATS in their last four games as an underdog.

So far this season, the Seahawks have had, arguably, the most prolific offense in the NFL. Russell Wilson already has 26 touchdowns and there’s no reason to think that he slows down against the Bills.

I think this will be a high-scoring game, but the main reason I’m in love with Seattle here is that I think Josh Allen will have to press and will ultimately be forced into one or two key mistakes that allows Seattle to cover the three points in Buffalo.

Los Angeles just seems to find ways to lose games. After leading 24-3 last week in Denver, they fell 31-30. The Raiders won’t stake them to that advantage.

Las Vegas are coming into this game as one-point underdogs again this week. They found themselves in a similar situation last week against the Browns and won by double-digits. The weather was certainly a factor, but the Raiders’ sieve of a defense held the Browns to only six points. They’ll lean on that confidence and once again win outright in Los Angeles.

So I was high on the Ravens last week…really high. Nothing about how the Ravens have played would have led me to believe they’d cover, but because Vegas seemed to be baiting you in the other direction, I loved them against the Steelers. I was wrong and the public won that round.

This week’s spread looks to be a reaction to how Lamar played in that game against Pittsburgh. Two weeks ago, if you told the majority of people that the Ravens were only giving two points, I think the public would have hammered Baltimore. That doesn’t seem to be the case here as the line hasn’t moved much and there has actually been slightly more money coming in on the Colts.

That overreaction to a bad game is making me take our Ravens as my lock of the week.

Philip Rivers is prone to mistakes if you can put pressure on him. With him being a statue in the pocket, I see Baltimore getting four sacks and harassing him throughout the game. Even without Marlon Humphrey, the Ravens will create several turnovers and win comfortably in Indy. I’d even be comfortable reverse teasing this to 6.5 points.

My two favorite picks this week are Arizona and Baltimore. I think both of the lines in those games are reactions to what you saw last week, and you should pounce.