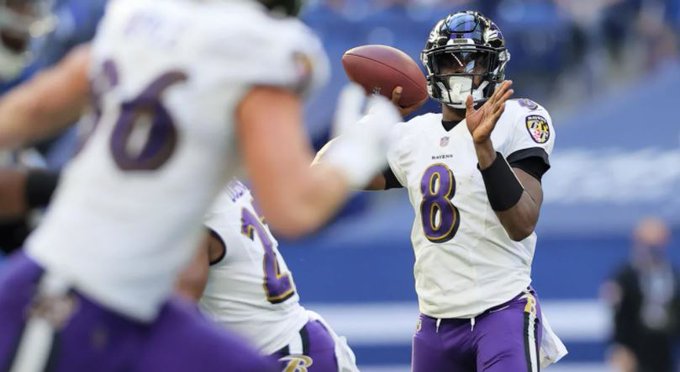 The Ravens advanced to (6-2) on the season following their 24-10 win over the Indianapolis Colts. The win allows them to hold on to the fifth seed in the AFC playoff race, one spot behind the Tennessee Titans who will host these same Colts on Sunday.

The Ravens win was really a battle of two halves. Let’s give credit to the Ravens coaching staff on both sides of the ball for making the necessary halftime adjustments. Defensive coordinator Wink Martindale seemed to focus on pressuring Philip Rivers with four rushers and uncharacteristically dropped his secondary into zone coverage more frequently than usual. The move worked.

On offense, coordinator Greg Roman recognized that his unit lacked flow and pacing. The up tempo approach in the second half worked well for Lamar Jackson who feeds off that kind of energy. He drove through his throws with authority and the quick pace and first down throws created a better rhythm for Lamar and foiled the Colts speed. It’s something for them to build on.

Still, the Ravens have yet to play to their capabilities and that might not be a bad thing. A look around the league, particularly the AFC, reveals a collection of competitive teams all with their own shortcomings. The Steelers were beneficiaries of some favorable calls against the Cowboys, otherwise they might be sitting at (7-1). Bill Parcells would always remind us that you are what your record says you are but for those who have watched the Steelers, the (8-0) record consists of smoke and mirrors.

The Chiefs nearly dropped a game at home to the Carolina Panthers and the effort raised questions about Kansas City’s defense. The Bills played well against the Seahawks yet they still gave up 34 points at home.

As we make our way into November weather and injuries will play a factor. The team that rallies together the best and finds its groove, is likely to gain momentum and make the most noise in January – particularly during a season when home field provides little advantage.

The Ravens haven’t hit their stride yet. On Sunday during the second half, there were signs that they might do exactly that sometime soon. And if they do, they are as capable as any team to make a championship run. Just look around.

We’ve experienced it before here in Baltimore. We could experience it again.

The tour reconvenes on Sunday Night at Gillette Stadium where the Ravens are currently 7 point favorites.