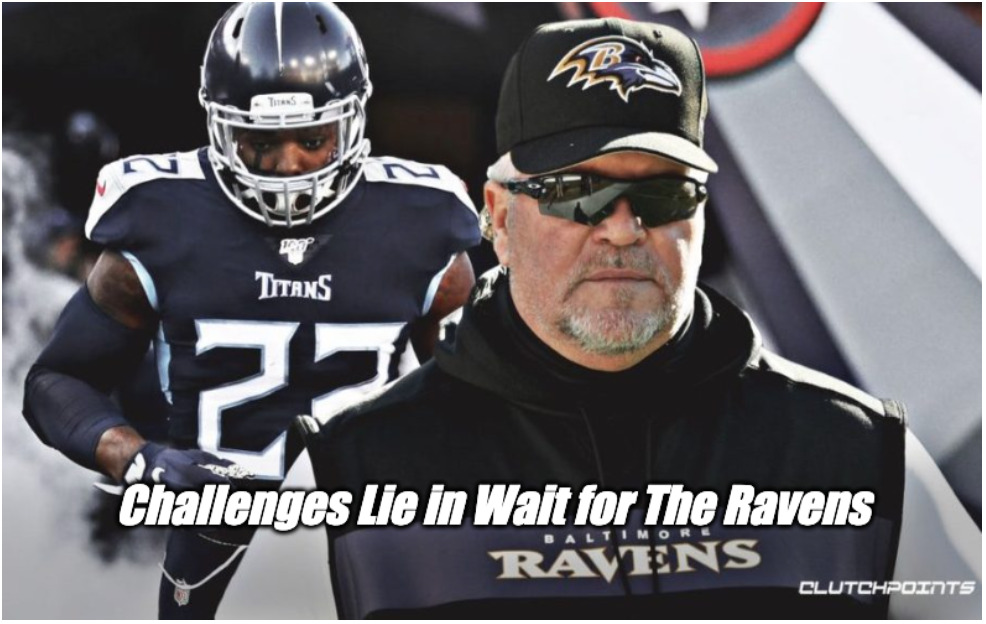 The Challenges Ahead Are Daunting For The Ravens

What a difference a year makes. Through Week 10, the Ravens have lost more often this season than they did during the entire 2019 regular season. And somehow it feels like so much more. In a way you can credit the mettle of the organization, their willingness to believe in each other. Their ability to find a way to win, when it has been anything but easy. Big Truss.

It really doesn’t matter what the outside world thinks of the Ravens. What matters is how they view themselves internally – how they deal with adversity – how they accept and overcome the challenges ahead. And the optics suggest that there’s plenty of adversity sitting at the center of the team’s dinner table.

A lot of the blame has focused upon Lamar Jackson. And while he hasn’t played to the record setting level of 2019, he’s far from the team’s biggest concern. The offensive line has been a sieve. Their center is erratic at snapping the ball, their All Pro left tackle is lost for the season, their new right tackle is just flat out lost and now the new, new right tackle, joined the team in April of 2019 as an undrafted free agent interior offensive lineman.

Making matters worse, the Ravens are now down to one tight end – fullback Patrick Ricard doesn’t count, and without Brandon Williams and Calais Campbell, they proved that defending the run is a challenge. Patrick Queen has been exposed and how many among you thought at the beginning of the season that you’d really miss L.J. Fort?

Wide receiver remains a challenge and the most promising of the young talents is Devin Duvernay. Marquise Brown is a complementary piece but hardly a No. 1 receiver. He struggles to fight off press coverage and given that deficiency, slower corners can stay with him. That was evident against the Patriots when 3rd-year former Maryland Terrapin J.C. Jackson stayed with Brown stride for stride. Brown just lacks the physicality at this point in his career to be a No. 1.

At tailback, the Ravens have talent although it appears that Father Time is getting the best of Mark Ingram. But are the talents of J.K. Dobbins and Gus Edwards enough to overcome a patchwork line, the huge losses of Ronnie Stanley and the retired Marshal Yanda and now another monumental loss in the form of Nick Boyle who is such a vital cog in the team’s rushing attack? And through it all, the team is pressing and they lack discipline as evidenced by the turnovers and the penalties as of late. The way the Ravens are playing, there isn’t a single easy game left on the schedule.

From this point forward, we’ll see what the team is made of. They have few if any arrows left in their personnel quiver and they are running out of next men up. They’ve invested so much in their defensive front seven, and lately the investment has failed to pay dividends.

Embrace the grind is a mantra the Ravens adopted long ago. The grind has graduated to a shredder. We’ll see how the balance of the season goes. The Ravens have been down the road of adversity before and they’ve responded in a positive way to the challenges. But with so many questions, you have to wonder if the team, the coaching staff, the front office have enough answers.