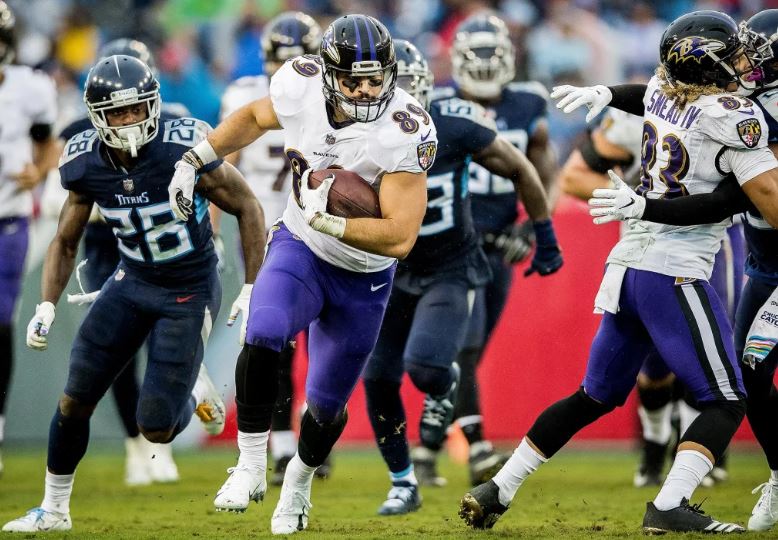 Don Martindale might not be getting much sleep this week.

The Ravens defensive coordinator is dealing with a myriad of injuries on his side of the ball, most notably on the defensive line.

Those challenges could not have come at a worse time.

Derrick Henry and the Tennesee Titans are making a return trip to M&T Bank Stadium almost 10 months after knocking the Ravens out of the Divisional Round of the playoffs with a lopsided 28-12 victory.

In that game, Henry ran roughshod over almost every player on the defensive side of the ball. Henry finished with 195 yards rushing and even threw a touchdown pass. There were times during that game the Ravens players looked shell-shocked on the sidelines.

The challenge won’t be any easier for the Ravens this week in a critical game that will impact the playoff picture. Both Baltimore and Tennessee are 6-3 and fighting for one of the final spots in the postseason.

Henry continues to be one of the most dominant running backs in the NFL this season. He is ranked second in the NFL with 946 yards with eight touchdowns.

The Ravens will be challenged to stop him if both defensive end Calais Campbell and nose tackle Brandon Williams cannot play.

Campbell injured his calf Week 9 against the Colts and could not play Sunday night against New England. Williams injured his ankle against the Patriots in the first half and did not return.

Without Campbell and Williams in the lineup, the Patriots ran for 173 yards rushing on 39 carries (4.4 ypc).

Coach John Harbaugh is obviously concerned about those injuries.

Campbell is listed “day-to-day” moving forward and Williams could be hampered a “week, maybe more.”

Harbaugh also made it clear that he’s not going to be answering any more injury questions leading up to the game.

“That’ll be the last I’ll say about those guys going forward, really for a while,” he said. “That’s where we’re at, OK?”

The Ravens will have to rely heavily on some younger players, such as rookies Justin Madubuike and Broderick Washington, along with veteran Justin Ellis, to fill the void if Campbell and Williams are out.

Overall, the defensive line is going to have to play much better than it did against New England or it might be a long afternoon. It’s not unreasonable to forecast that Henry will get 30 carries against a depleted unit.

“That’s definitely going to be a concern and a factor,” Harbaugh said about the injuries. “We’re going to work really hard at that. It’ll be the guys who are healthy that’ll be in there playing. I have full confidence in those guys’ ability to get the job done. That’s a good group. Especially the young guys, they’ve done well, and they’ve proven themselves.

“They’re nine games in now, so they’re not new to this. So, they understand what they need to do. It’s an offensive line and a running back that are built to do what they do; they’re very good at it. [They’re] very consistent from week-to-week in what they try to accomplish. So, we’re going to have to be at our best to get it stopped. I’m confident that we will.”