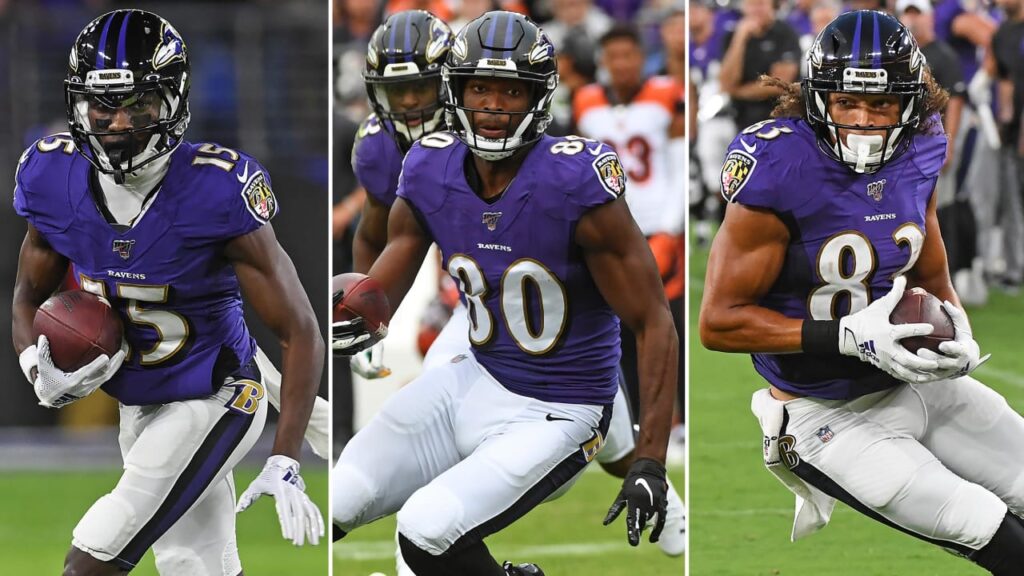 Identifying and developing talent at the position of wide receiver has been the Achilles heel of the Ravens organization since its inception in 1996. The depth of their inefficiencies at the position is accentuated to unsavory proportions when contrasted against the success of their archrivals, the Pittsburgh Steelers.

Is it the scouting? Is it the developmental process? Is it the scheme? Is it a coordinator’s ability to take the talents and put them in position to succeed? Is it all of the above?

The Ravens drafted Miles Boykin in the third-round of the 2019 NFL Draft out of the University of Notre Dame. He was viewed as a terrific athlete with uncommon speed for his size with leaping ability that would make him an inviting red zone target. A year later the Steelers selected another Golden Dome receiver, Chase Claypool, in the second round of the 2020 NFL Draft. The reports on Claypool were very similar to those of Boykin. But the results at the professional level are vastly different. 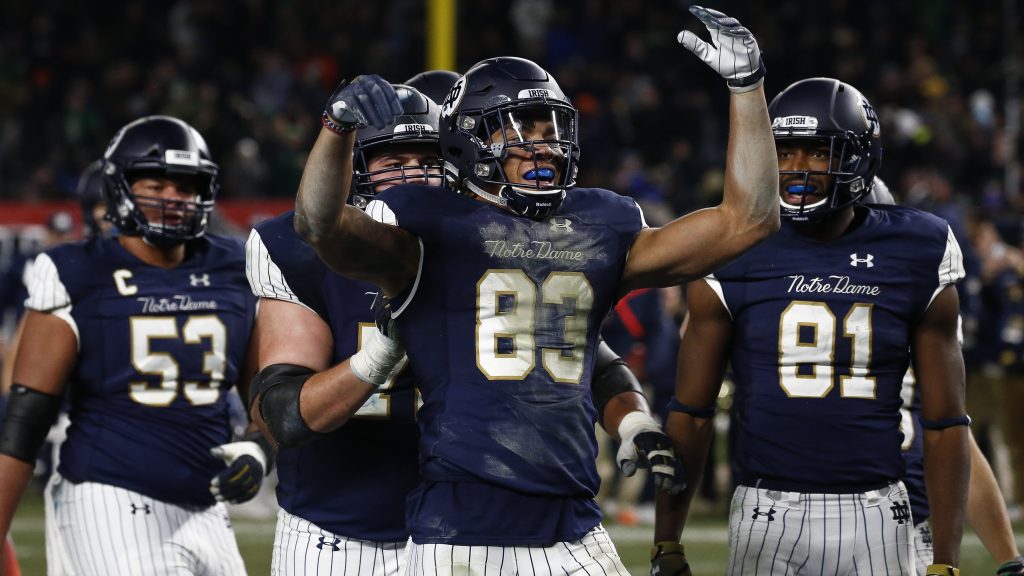 Through nine games Claypool has 35 catches for 500 yards and 7 touchdowns. Comparatively speaking, in 25 games Boykin has 27 catches for 351 yards and 4 TDs. That has to be frustrating to the Ravens player personnel department.

Adding to the wideout woes, Marquise Brown, the Ravens first-round pick in 2019, has 78 catches for 1,015 yards and 9 scores in his 23 NFL games. To put that in perspective let’s compare Marquise’s stat line to those of Travis Taylor and Mark Clayton, two other first round picks from 2000 and 2005, labeled by most as busts…

Taylor had Tony Banks, Trent Dilfer and Elvis Grbac throwing to him. Clayton had Kyle Boller and Steve McNair. None of these quarterbacks pressured a defense the way Lamar Jackson does.

That said, Brown is a pretty solid player. Clearly there are questions as to whether or not he is a true No. 1 receiver. He lacks the size, strength and high-point ability to be a No. 1. He has very good speed but not the kind that puts fear in opposing defenses. Not the kind like Tyreek Hill. And he struggles against press coverage which at least in part mitigates his speed.

In retrospect, the Ravens 2019 isn’t looking all that sharp. Brown was a decent pick, but clearly underachieving given the draft capital invested in him. Jaylon Ferguson has flashed but he really hasn’t been any more productive than a Day 3 pick. We’ve discussed Boykin, and Justice Hill looks lost in the Ravens offense and has been relegated mostly to special teams duties – and he’s not all that good there.

Ben Powers has been a big disappointment and he can’t even bump aside undrafted talent or a rookie (Tyre Phillips) who has never played right guard in his life. Iman Marshall has a body made by Tiffany’s; Daylon Mack wanted to play football about as much as Taylor Swift wants to forget past relationships; and Trace McSorley, well he sure does help the team during practice.

Drafts like this can cripple a team. But who is to blame? Is it on the scouts, Eric DeCosta or is it the coaches who have failed to move these players along the developmental curve?

As the struggles mount, tensions rise and tough questions need to be addressed. And if the Ravens are honest, the 2019 draft class has severely underperformed and the organization needs to get a handle as to why. Check egos at the door!

This week the Ravens host the Tennessee Titans in what should amount to a grudge match. The Ravens were embarrassed by Mike Vrabel’s troops in the 2019 Divisional Playoff round when Derrick Henry ran for 195 yards and also threw a touchdown pass during the Titans’ dismantling of the Ravens by the score of 28-12.

On Sunday that investment will be tested.

Will the results be any different 10 months, multi-millions and ample draft capital later?

I found Bruce Arians’ comments on the previously unreported shenanigans of Antonio Brown to be somewhat interesting.

Bucs coach Bruce Arians said they were “totally aware” of the incident involving Antonio Brown prior to his signing and that he’s been a “model citizen” since coming to Tampa https://t.co/oJgRAENXlm

As if Brown really has a choice to be anything but a “model citizen” just to stay in the league.

Color me tainted, but I just think Arians will sell his soul to win. That said, I hope AB is the model citizen Bruce now thinks he is. Most with transgressions of his magnitude, get to rehabilitate in prison. AB is privileged and as such, he gets to rehab and pay his dues to society on an NFL field. How about that?

Please look at these routes and tell me that its on Lamar pic.twitter.com/OBkkvFfuFi

Lastly, I found out on October 29 that I tested positive for COVID-19. My experience has been challenging. I wasn’t careful enough nor respectful enough. Here’s my story, one that I hope can be a lesson to those who approach COVID the way I used to: “My Corona”.

Have a great night everyone. Enjoy the game. This one should be a fun one to watch. I’ve got it 34-30, Russell Wilson over Kyler Murray.