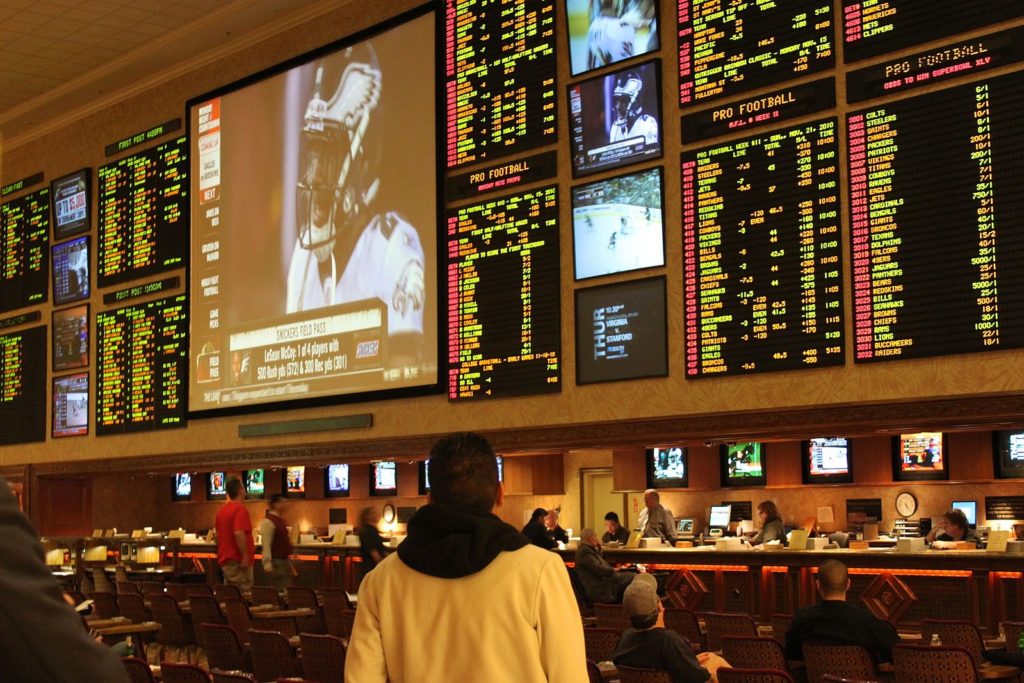 Here are the ATS Standings after Week 10: 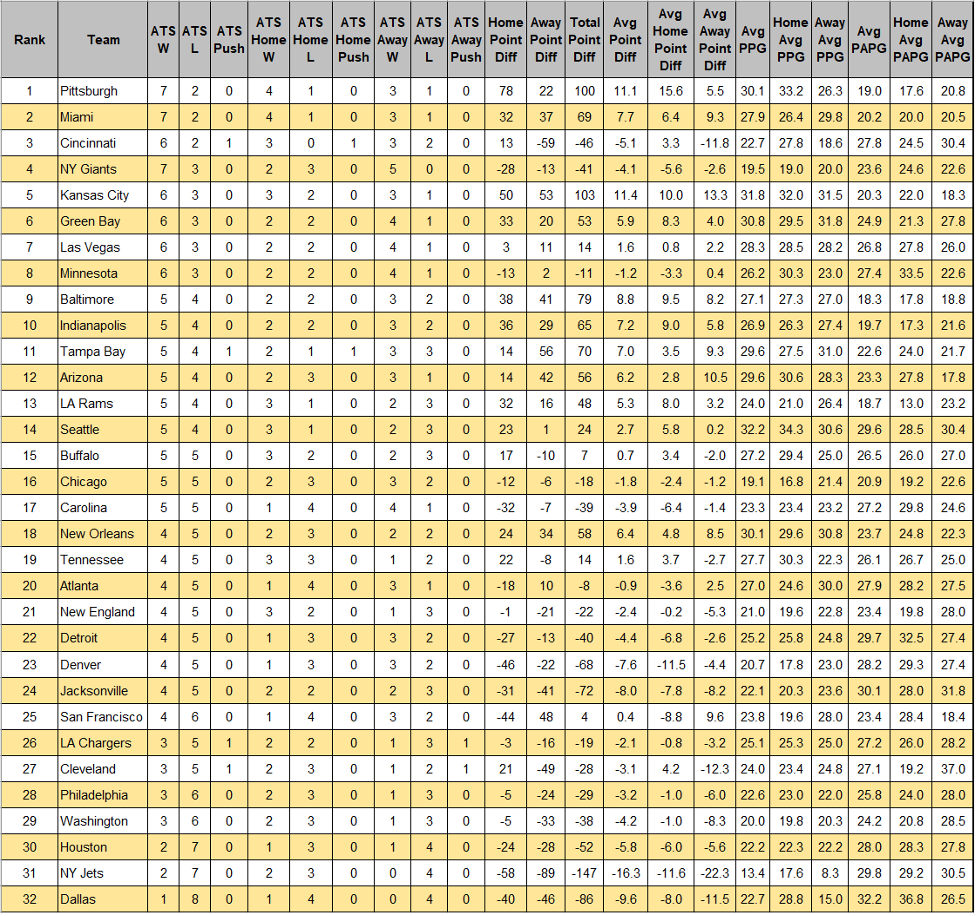 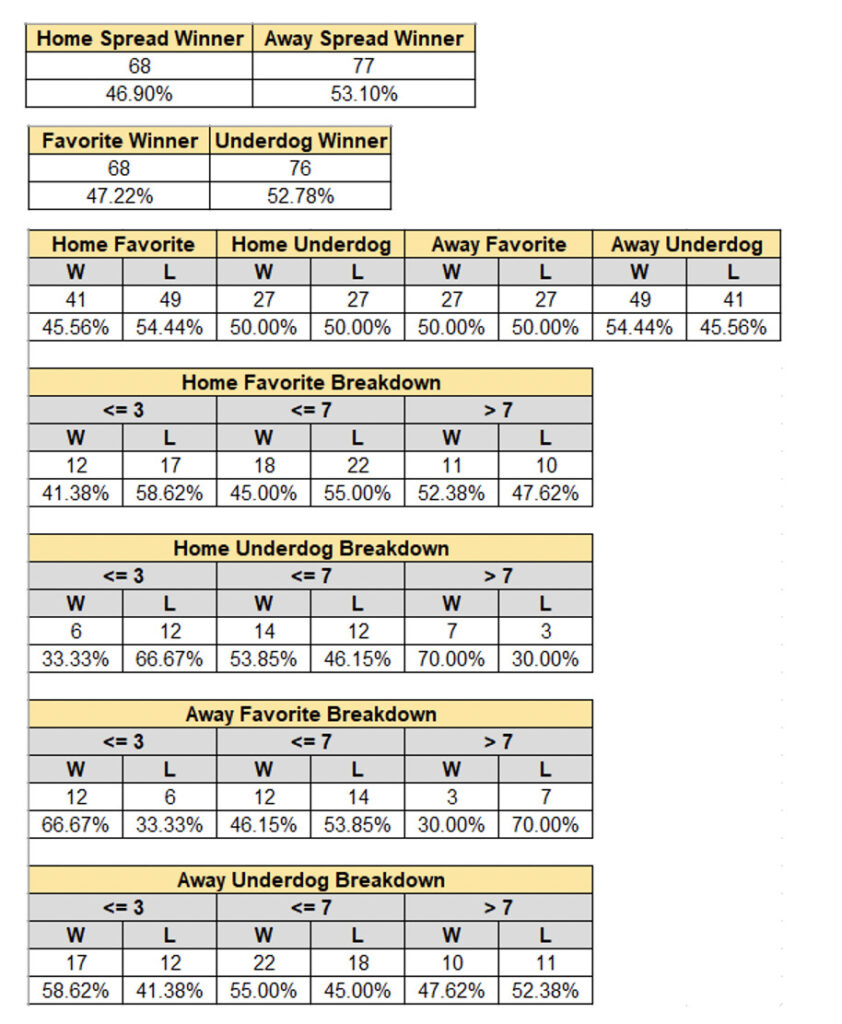 Feel free to play along, tell me where I’m wrong, post your own picks, or just enjoy the read. Let’s roll into Week 11.

Drew Brees’ absence in this game drove the line down, but not as far as one might expect. With the assumption that Jameis Winston starts for the Saints, expect a few errant throws to the wrong color as he’s famous for. I like the Falcons to keep this game close and potentially win outright for a few reasons:

— Atlanta is coming off their bye

— Calvin Ridley is scheduled to return from injury

— They are 3-1 ATS since firing Dan Quinn

All of that combined pushes me toward Atlanta this week. Falcons cover.

Atlanta is 6-2 straight up and 7-1 ATS in their last eight road games. New Orleans has won six straight games by an average margin of 10.7 points.

Miami has looked sharp since making the switch to Tua at quarterback. They have won three straight games and are 3-0 ATS in those games. However, it’s really not Tua that has this ship going in the right direction. Miami’s defense and special teams have stepped up in a big way to lead this team (kind of sounds familiar right?). While Tua isn’t lighting the world on fire, he’s not making mistakes that would cost the Dolphins either and I don’t think he’ll start along that path in Mile High.

Whether it’s Drew Lock or Brett Rypien for the Broncos this week, the Dolphins’ defense should be able to feast a few days prior to Thanksgiving and have another stellar day. I like Miami to cover easily.

Well one thing’s for certain, Vegas still trusts the Ravens. We may not here in Baltimore, but a 6.5-point spread is quite the vote of confidence after what has transpired the past few weeks. I have to think with my head and not my heart here…

As of my writing of this piece, the Titans are getting 64% of the bets and 60% of the money per Action Network. However, the line has stayed relatively stagnant after the initial dip post-Sunday Night Football. If you like to look at the lines as to where Vegas is trying to convince you to push your money, I see them wanting you to pick the Titans. The Ravens were just run over by New England and now get to face Derrick Henry. Recipe for disaster, right? Could be, but Vegas doesn’t seem to think so.

After starting 5-0, the Titans have faltered. They’ve been hit with the injury bug and just haven’t been consistent on defense. The Ravens need (with a capital ‘N’) to get right on offense and if they can’t against Tennessee, we could be looking at a 6-5 football team as we let the tryptophan take hold on Thanksgiving night.

Desperation brings out two possible scenarios here for Baltimore. They’ll either show resilience and show some resemblance to the team we saw last year, or they’ll crumble, let Henry run all over them, and limp into a short week in Pittsburgh. I don’t think there’s a middle ground here.

I’m picking the Ravens for two reasons. First, I think Vegas wants you to go the other way and I like to base a lot of my picks on that thought. Secondly, and maybe this is my heart talking, I do think they have a good offensive game in them and if it’s going to happen, it needs to happen this week, or the season could be in real jeopardy.

Baltimore is 2-2 ATS at home this season with a 9.5 average point differential in those games.

The Raiders exposed the Chiefs in their matchup earlier this season and beat them with the long ball. This will be a revenge game for Patrick Mahomes and co. so look for some fireworks in Vegas.

As I’ve said previously, if the Chiefs are giving less than 10 points to pretty much any team in the NFL, I’m taking a hard look. Even though this is a divisional game, this is no exception. In their last 10 games, Kansas City’s average point differential is 11.9 points per game. Kansas City is also coming off their bye. That can’t be understated as I’m sure Andy Reid has something extra special cooked up for Las Vegas this week. I also believe the Chiefs defense is serviceable. They’ll have a chip on their shoulder after being embarrassed by the Raiders in their 40-32 loss. That won’t happen again, and the Chiefs win big. Lock it in.

I only picked four games this week because, well, I honestly couldn’t find another game I felt that strongly about. I’ll make it up to you next week as I’ll make a pick on all three of the Thanksgiving games.