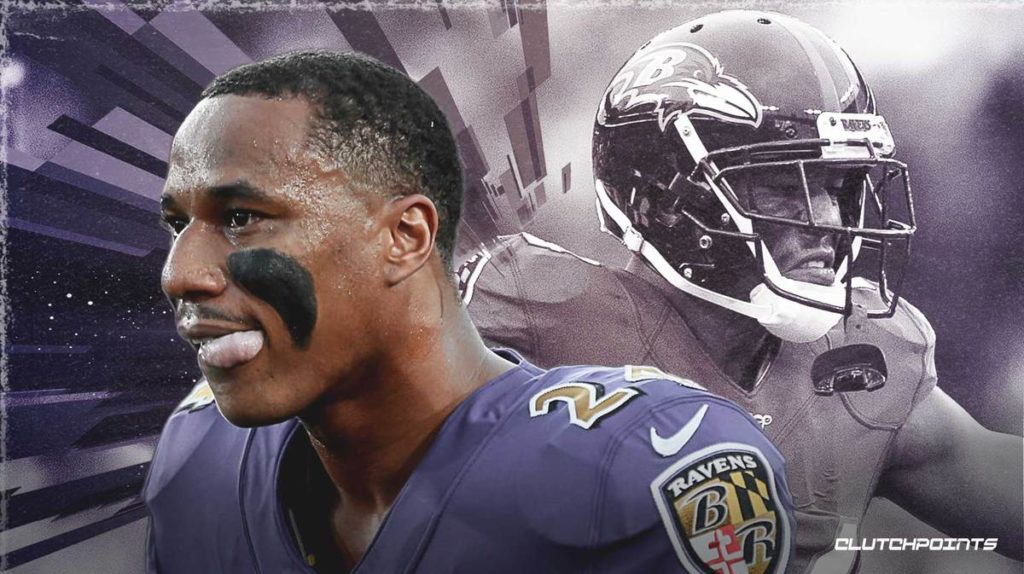 The loss to the Tennessee Titans is a microcosm of the Ravens’ 2020 season to this point.

Lapses in concentration. Untimely mistakes. The inability to close.

All adds up to an underwhelming 6-4 record.

In a second straight home loss to a now heated opponent, the culprits were many. But what stood out was how two of the rocks on the team really came unglued at the worst possible time: All-Pro cornerbacks Marlon Humphrey and Marcus Peters.

Now, it’s hard to target two players who are almost single-handedly responsible for the defense’s turnovers and splash plays this season. However, we need to go there.

Don “Wink” Martindale had the right defensive mindset on Sunday against Tennessee: sell out to stop Derrick Henry and put the game on quarterback Ryan Tannehill. The front seven did a masterful job holding down the best back in football through three quarters. Then Henry started slowly chipping away at a tired defense.

Deep into the fourth quarter, Wink really had no choice but to keep safeties Chuck Clark and DeShon Elliott active as box defenders to blitz and crash down to help out with Henry. Inevitably, that meant Peters and Humphrey had to win their 1-on-1 matchups against receivers Corey Davis and A.J. Brown. But they didn’t hold up.

Davis and Brown combined to snag nine catches for 175 yards and a touchdown. Brown of course scored on the back-braking, game-winning play during which he dragged four defenders into the end zone.

Now, Davis and Brown are no slouches. Both players are physical, they can win against bump coverage, and they’re able to make contested catches downfield. But when the game was practically in the hands of Humphrey and Peters to play shutdown football, they came up small.

In particular, it was a miserable day for Peters. Tannehill targeted the All-Pro all game with Davis. The Titans cleverly crafted double moves in which Davis would start the first stem of his route inside (because that’s a staple route for Tennessee), only to break it off sharply to the boundary to gain separation. Knowing Peters has a tendency to jump routes, the plan worked perfectly because he consistently took the inside bait.

This isn’t the first time we’ve seen an opposing offense use Peters’ aggressive instincts to jump routes against him – Andy Reid did the same thing in the Monday Night game earlier this season – and it won’t be the last.

Ultimately, when your corners play man coverage, they are bound to have bad games against talented receivers. However, for the Ravens, that margin of error is razor thin, especially in a game in which they were already missing Calais Campbell and Brandon Williams.

The way this defense is currently constructed (with Humphrey and Peters accounting for the bulk of the cap dollars), they need these two corners to show up every week. Especially when their calling card is being able to cover the best WRs in the game without any safety help. And especially in a game where the defense was forced into so many Cover 0 looks.

Wink needs Humphrey and Peters to bounce back quickly because Ben Roethlisberger and the Steelers are coming up next. He’s been cooking with his fleet of receivers all season long.

If the defense rests on the shoulders of Humphrey and Peters, the Ravens won’t go very far if they come up this small again…

For the most part, I thought Wink called a really good game, especially early in the ballgame with his use of zone blitzes and zone drops. The interception on which Patrick Queen blitzed Tannehill through the A gap and Tyus Bowser dropped behind Queen in coverage was a masterful design.

The linebackers were active throughout the first three quarters of the game, dropping on in-breaking routes, and that forced Tannehill to attack the sidelines. Unfortunately, Tannehill succeeded and that flipped the outcome of the game.

On the other hand, offensive coordinator Greg Roman’s play-calling still leaves a lot to be desired at times. But I’m going to focus on the positive for now…

Roman tried to change things up with his use of different personnel sets. He rotated three receivers and mostly stuck to a one-back attack through the first half, with some two-tight end and two-back (either with Patrick Ricard or with two backs) sprinkled in. I liked the sets when J.K. Dobbins and Mark Ingram were on the field at the same time, and we need to see more of that going forward (although we won’t see it against Pittsburgh on Thanksgiving because both backs have been placed on the COVID reserve list).

Through the second half, we saw more six-man line fronts with center Matt Skura rotating in to provide extra blocking punch. Those sets were designed and deployed to help Lamar Jackson complete chunk throws downfield.

You’d like to see Roman gain a better feel for his personnel substitutions (which seemed random at times) and we can certainly chew on his mysterious route concepts all day — five verticals on a critical third-and-long conversion to Mark Andrews! — but you have to hope he continues to use the full arsenal of pass catchers as he did on Sunday.

Frankly, more of James Proche and Devin Duvernay and less of Miles Boykin seems warranted at this point. Oh and more of Dez Bryant too.