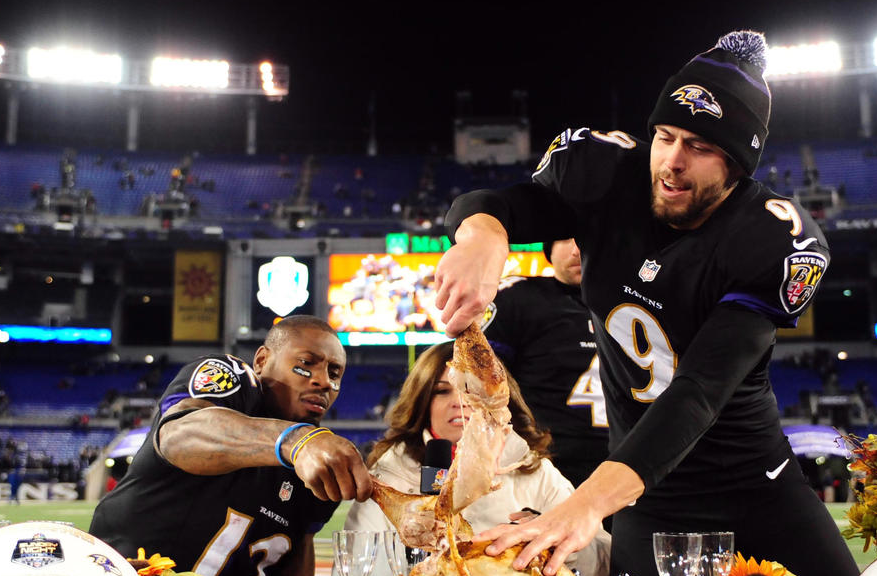 Week 11. All of it. If I could Men In Black mind erase myself and act like last week didn’t happen, I would. Baltimore looked like they were going to cover and completely crapped the bed. Kansas City, once again, couldn’t stop Las Vegas and failed to cover. Miami and Atlanta both were shut down as well. Thank goodness for a short week.

Here are the ATS Standings after Week 11: 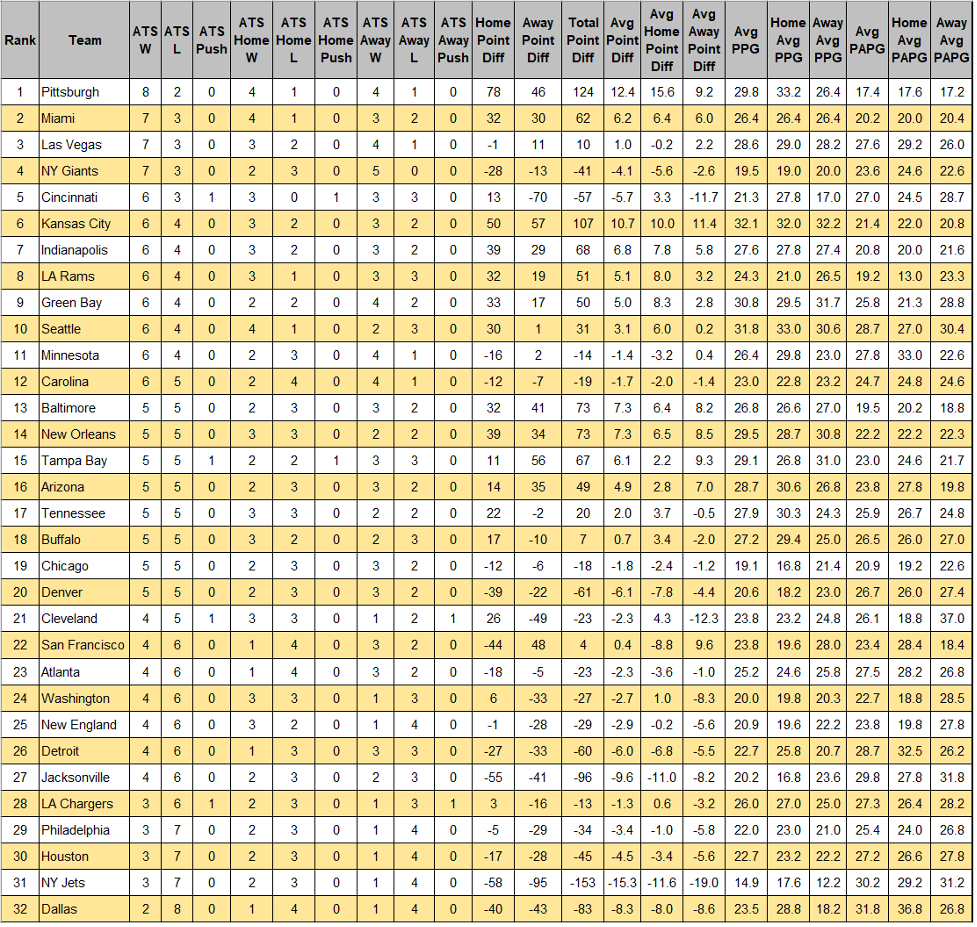 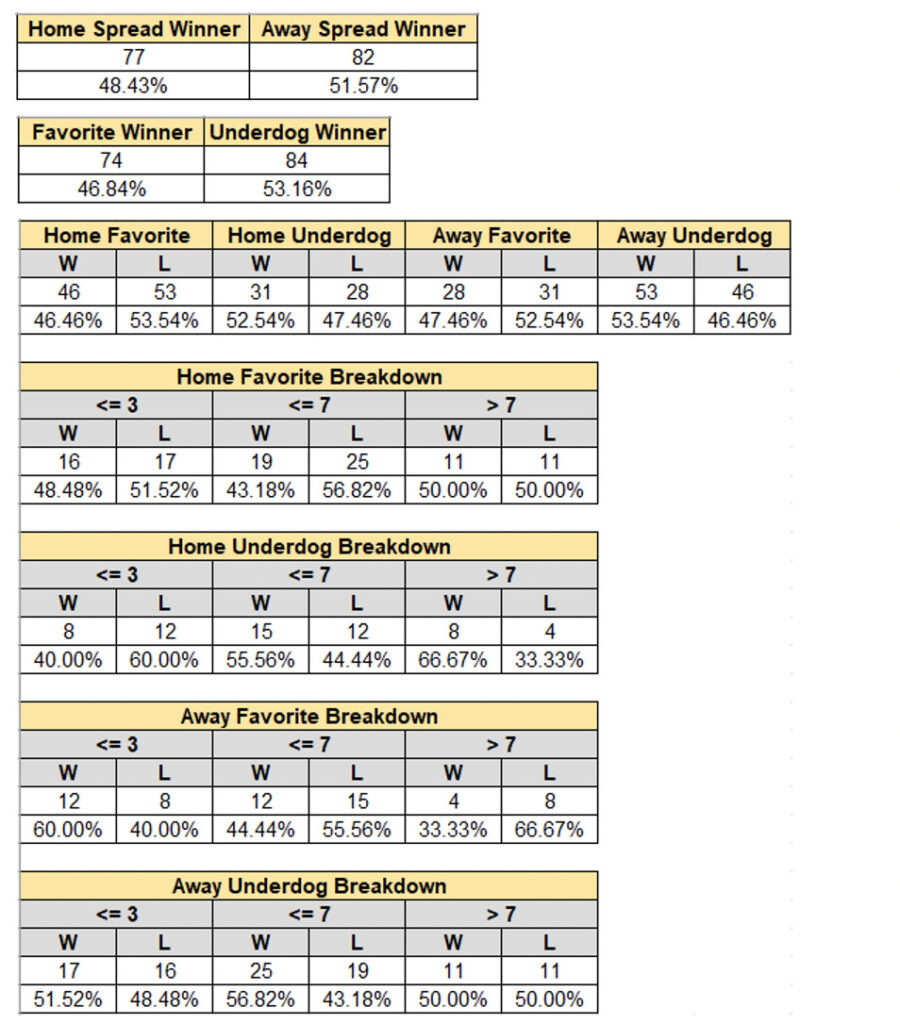 Feel free to play along, tell me where I’m wrong, post your own picks, or just enjoy the read. Let’s try to recover in Week 12.

To start your Thanksgiving slate, you get the first of two stinkers. Houston has been trending up so if I couple that with the injuries Detroit has on the offensive side of the ball, I’ll be backing the Texans in the early game.

Matthew Stafford is playing through torn ligaments in his throwing thumb and could potentially be without receivers Kenny Golladay and Danny Amendola again this week. The Texans will be able to limit the Lions much in the way the Panthers did in Week 11 and cruise to a much-needed victory to keep their slim playoff hopes alive.

This game is for the NFC East lead, at least temporarily. Yup, you read that correctly. After this “battle” of 3-7 teams, you’ll have a new NFC East leader.

My pick is really hinging on which team I trust most. Does Dallas resemble the team that won in Minnesota last week and has covered their past two games? Or do they look like a lost team without Dak Prescott who failed to cover their first eight games? Until they do it consistently, I tend to lean to the latter.

So, this comes down to my gut…

Washington’s ground game has been solid this year and they’ll continue that against Dallas. If you’re going to give me more than three points in this matchup, I’m gladly going to take that in a rivalry game of two bad teams.

I really don’t know how to play this one. There are way too many unknowns at this point with the positive COVID tests on the Ravens that could affect how I throw my money around.

Baltimore has struggled big time. Whether that be defensively stopping the run or just simply failing to finish. They’ve seen it all. Now you throw COVID on top of that and it’s a recipe for disaster.

But, and this is a but that can’t be ignored, this rivalry has a history of close games regardless of who suits up. I can remember games with Charlie Batch at the helm for the Steelers and Ryan Mallet under center for the Ravens that didn’t play out as expected. This game has all the makings of that. The Ravens are down, the fans are down, but that doesn’t matter when these two get together.

Although I have liked what I’ve seen out of J.K. Dobbins, I think Gus Edwards is the best back on this team and him assuming the #1 role on Thursday night could do wonders for the Ravens. He’s the type of no-nonsense, downhill runner that can have some success with a suspect offensive line.

Ultimately, I have the Ravens losing this one, but I do think they’ll keep it interesting to the end and cover the 5 points.

Jacksonville doesn’t have a shot to cover here unless Gardner Minshew comes back this week. They look lost offensively without him, but even when healthy, they weren’t setting the world on fire. Cleveland’s defense will be able to shut down the Jags and Baker Mayfield will put up enough points to cover the touchdown comfortably.

In my opinion, the better play here is the under. Even if Minshew plays this week, I can’t envision this game sniffing 49 points.

Maybe I’m falling into recency bias with my pick, but the Titans looked like a team that could have turned a corner last week against Baltimore after struggling the few weeks prior.

This is another big game on the Sunday slate that has playoff implications. While I’m not confident that the Titans will win outright, their offense showed me enough on Sunday to have confidence that they’ll be able to put up points against a solid Colts’ defense and cover the four points.

Road underdogs of between four and seven points are hitting at 56% this year. The Colts are 5-1 straight up in their last siix games at home.

This should be an extremely entertaining matchup. The major advantage I see here is Chris Jones for the Chiefs. The best way to get her majesty off her game is to get pressure in her face and Jones can and will do just that. Once that happens, all bets are off and expect some errant throws by Brady.

I’ll take the Chiefs giving only three points even after they burned me last week. Don’t let me down Mahomes.

Once again, the Chargers tried to blow a lead. This time it was against the lowly Jets. Not only will they not get much of a lead in Buffalo this week, but I don’t think it’ll be close which is why this is my lock of the week.

Buffalo hasn’t played well defensively this season, but their offense has more than made up for those deficiencies scoring over 29 points per game at home.

From the Chargers’ perspective, Justin Herbert has played well but I can see the Bills’ defense getting right this week. L.A. is 1-3-1 ATS on the road this season with a -3.2 average point differential, but I don’t like them in this spot traveling to Buffalo. I like the Bills to win by double-digits.

I hope everyone has a safe and enjoyable Thanksgiving!