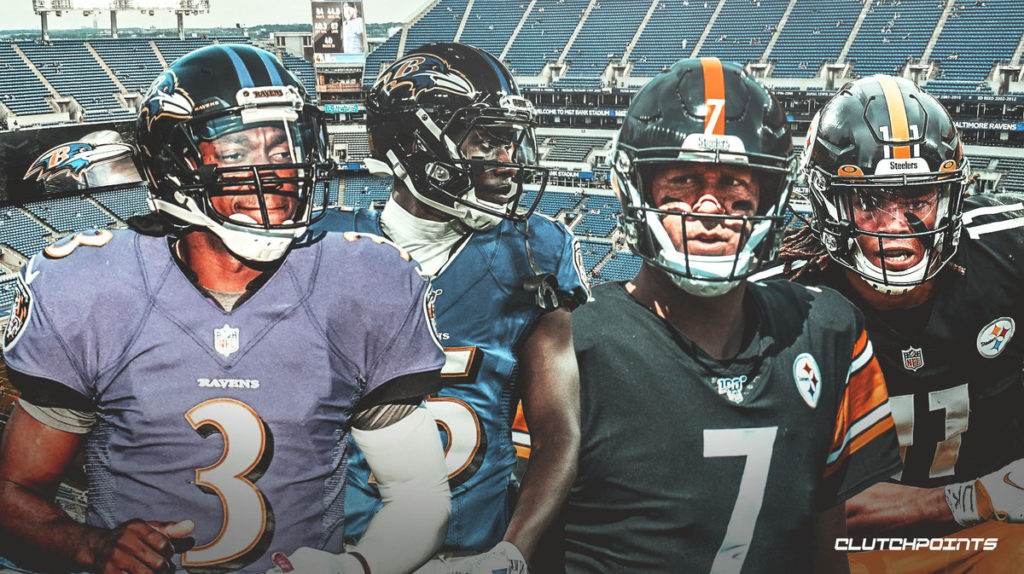 2020 has been the strangest year of our lives, and it gets weirder as the Ravens (half of them, anyway) travel to Pittsburgh to play the Steelers on a Wednesday afternoon. What will happen? Who knows?! We try to forecast here…

Now that the waiting is finally over, and the depleted Ravens and the confident Steelers are about to play their long-awaited, thrice rescheduled game, thoughts turn towards what we can actually expect on the field. It could go a number of ways.

The Steelers might be extremely amped up, looking to exact a twisted measure of revenge on the Ravens since their promised bye week, featuring 5 days off, was mangled by Baltimore’s COVID outbreak. Should Mike Tomlin’s angry mob start fast, the Ravens could fold, mentally beaten by the drain of the virus, resulting in an uncommon skull drag that belies the rivalry.

On the other hand, the Ravens could enter Heinz Field like they have nothing to lose because no one expects them to win. All of the pressure is on the Steelers to protect their unblemished record. What would it say about the Steelers if they hung up their first loss of the season against the Ravens JV team? Might the world consider the Steelers frauds?

The game opened with the Steelers listed as 4 ½ point favorites. The line has grown to 10. That’s what happens when 12 of your starters, including the reigning MVP are on the Reserve/COVID list. This rivalry has weathered injuries to quarterbacks before. We’ve seen the Steelers beat the Ravens with the likes of Charlie Batch and almost win with Dennis Dixon and Devlin Hodges. We’ve also seen a (4-10) Ravens squad beat a playoff bound (9-5) Steelers team with Ryan Mallett behind center. So, you never know.

But the Ravens haven’t played well in a while. Over the course of the last 45 days the Ravens have won just twice and one of those wins was a nail biter against the Philadelphia Eagles. It’s hard to imagine the Ravens offense trading punches with Ben Roethlisberger when Robert Griffin is the quarterback behind a patchwork offensive line that will also be missing the assistance of bruisers like Mark Andrews, Nick Boyle and Patrick Ricard. Too many things would have to go right for the Ravens and let’s be honest, not many things have gone their way lately.

I look for the Steelers to start fast and keep the pedal to the metal. But the good news is, it will be the Ravens last loss in December.

• Roethlisberger throws for 340 yards to match the game’s start time
• Eric Ebron has 80+ yards receiving and 2 TD’s
• Steelers defense sacks RG III 7 times
• Minkah Fitzpatrick has 2 picks
• Gus Edwards leads all rushers with 97 yards
• Devin Duvernay will lead the Ravens with 60 yards receiving
• The number of times the word “covid” is mentioned will more than double Marquise Brown’s receiving yards
• NBC will be pleased that they stuck with the prime time Christmas tree lighting at Rockefeller Center. It’s been that kind of year…

P.S. I almost predicted a fourth rescheduling of the game. Prayers up that the players rapid tests are all negative and that there’s no further spread of this outbreak.

DID YOU KNOW? Robert Griffin III was the last quarterback to beat the Steelers, 28-10 on December 29, 2019. pic.twitter.com/2OkaoeunVA

There is so much emotion that goes into each of these rivalries. It is never cut and dry. Being down 16 players due to COVID, tells me nothing. I have been optimistic all week and still believe this game has to be played for the winner. If last game wasn’t an indication that the team needs to sure up the run defense, this game will be a continuation due to the injuries and lack of depth. BUT, this ain’t the league’s best Rusher they’re going against. Don Martindale will figure out how to control the bleeding.  Before I went to twitter jail this week I was defending the Ravens from some pretty biased Steelers fans. However, here comes my bias.

The Ravens are likely facing their toughest test of the season, not only due to a matchup with the 10-0 Steelers, but also due to the COVID-19 breakout that’s occurred on 1 Winning Drive. Baltimore is already going through a bit of a slide, but they’ll now have to deal with the loss of their reigning-MVP quarterback, amongst other players.

— The Ravens-Steelers game, originally scheduled for Thanksgiving night, will finally get underway on Wednesday afternoon, which worked out well for Baltimore, which will get some key players back.

— With Lamar Jackson out,  Robert Griffin III will make his first start since beating the Steelers in last year’s regular-season finale. RGIII had modest numbers against Pittsburgh last season, completing 11 of 21 pass attempts for 96 yards with an interception. He was also sacked three times but had 50 yards rushing on eight carries. Look for Griffin to manage the game and do his best to avoid costly turnovers. Don’t expect him to attempt more than 20 passes but he’ll run about 10 times against the Steelers front seven that could find their way into the backfield most of the game.

— The Ravens got a huge boost with the return of running backs J.K. Dobbins and Mark Ingram. This means their backfield will be at full strength. The Ravens ran for 265 yards in a 28-24 loss to Pittsburgh in Week 8. Dobbins had a season-high 113 yards rushing in that game. Baltimore will need to run the ball effectively again to have any chance of winning. Baltimore will need to establish the run to have any shot at winning and the Ravens do have the depth to wear down the Steelers.

— The Ravens’ depleted defensive line could be a problem. Calais Campbell and  Brandon Williams missed the previous game against the Titans, who ran for 173 yards in the 30-24 overtime victory. The Steelers’ top running back James Connor is out because he is on the reserve/COVID-19 list. The Ravens will need to get some pressure on Ben Roethlisberger or he’ll pick them apart. This could be a challenge with both outside linebackers Matt Judon and Pernell McPhee out.

Prediction: The Ravens will show some fight, but they won’t have the depth to take down an angry Steelers team that is looking to remain undefeated and hold onto to that top spot in the playoffs.

Let’s get weird. My three-year-old’s favorite book is Dr. Seuss’s Wacky Wednesday. With that as inspiration…

A shoe on the wall? Shouldn’t be there at all!

Ravens-Steelers on TV? What will we see?

RG3 turns back the clock, and ol’ Bob gives Pittsburgh a shock!

Rolling over the Steeler D like a bus, that’s of course running back Gus!

Undefeated? No more. Thanks to the Ravens of Baltimore!

More BP’s will be posted as they come in…