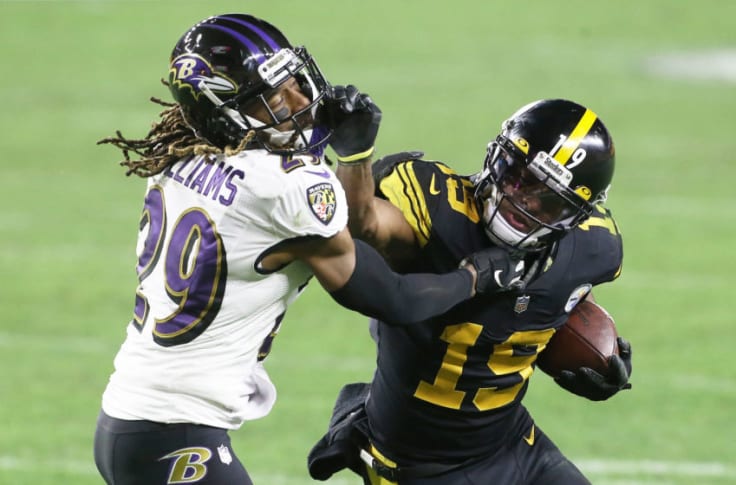 There was a time when a face-masking penalty was flagged for only 5 yards if the infraction was deemed to be unintentional. But the league changed that to focus on the more flagrant variety that comes with 15 large strides in the opposite direction.

Then, after much debate, the league opted to penalize aggressive ball carriers who used an opponent’s facemask to gain a competitive edge while trying to advance the ball. You know, like Juju Smith-Schuster did on Wednesday evening while going up against Ravens defender Tramon Williams.

Notice Smith-Schuster’s body language in the video below when the play is over. It’s as if he was expecting the flag he earned.

"Rule 12, Section 2, Article 5 of the NFL Rule Book states that 'no player shall twist, turn, or pull the face mask of an opponent in any direction.' pic.twitter.com/TxXqqGd4uf