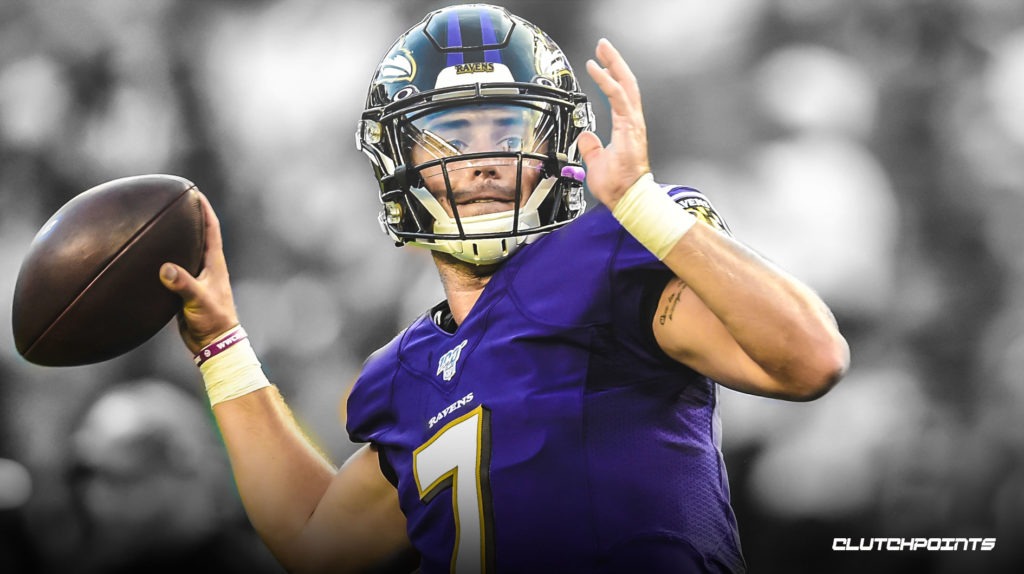 When uncertainty grips any NFL team at the position of starting quarterback, the most popular guy in town quickly becomes the backup QB. In the case of Baltimore, when the backup doesn’t play well (hey there RG III), his backup grows in popularity.

There’s no denying that McSorley has a level of poise that is appealing for the position. Coming off the COVID-19 list and with very few practice snaps under his belt since being assigned to that undesirable list, the 2019 sixth-round draft pick played with moxie against the formidable Steelers defense. And that helped to raise his status as a local folk hero.

But let’s not forget that McSorley’s job was in doubt back in August. He was awful during training camp. His throws lacked zip and he was completely out of sync with his receivers. It was so bad that many observers thought UDFA QB from Utah, Tyler Huntley, would snatch the roster spot from the former Nittany Lion.

So, temper the enthusiasm until the sample size is a bit broader. Besides, how might you view Trace if Minkah Fitzpatrick had held onto that gift-wrapped INT?

Colin Cowherd is many things. Bashful isn’t one of them. Before the season started he projected the Ravens to go a perfect (16-0) in 2020. He was wrong. Here he provides a needed wakeup call for Steelers fans. He’s right!

“Pittsburgh Steelers fans, you need to grow up. This is not a Super Bowl team. Go cry in your terrible towels. You’re 11-0 and it feels hollow.”@ColinCowherd explains: pic.twitter.com/WPI8PGIcH8

During the days following the 2020 NFL Draft, the Ravens personnel group remained busy, recruiting college talent that went undrafted. One of the players they seemed outwardly excited about was Missouri center Trystan Colon-Castillo. His NFL debut against the Steelers was impressive albeit not flawless. But that said, you have to wonder how his efforts in Pittsburgh may shuffle the deck across the Ravens offensive front.

By the way, get well wishes go out to offensive line coach Joe D’Alessandris who missed the game in Pittsburgh. Hopefully we’ll see him out at The Bank on Tuesday evening.

Last season at this time, many expressed concerns that the brains behind the Ravens offensive machine, Greg Roman, might be snatched away by another team seeking a head coach. Here we are one year later and no such worries exist.

The Ravens are currently the 3rd-ranked rushing attack but they are only one notch above being the league’s bottom feeders in the passing game. Their rank of 31 (174.9 YPG) bests only that of the winless New York Jets (170.3 YPG). It represents a pattern for Roman. His quarterbacks statistically, fall off from year 1 to 2 under his schematic guidance. It happened in San Francisco, Buffalo and now in Baltimore.

In Roman’s defense, he does possess an uncanny ability to design a rushing attack. Perhaps the answer for the Ravens is to bring in other contributors to broaden the team’s aerial approach. It just seems that Roman’s route combinations and schematic design fail to create throwing windows on a regular basis. Now this isn’t all on Roman. Part of the issue is personnel. We’ve seen poor route running and we’ve seen quarterbacks not throwing on time. But this is an age old problem for the Ravens. It’s almost like an annual rite of passage that receivers just don’t develop.

Makes you wonder what Roman’s lieutenants James Urban (QB Coach) and David Culley (Assistant Head Coach, Pass Coordinator, Wide Receivers Coach) actually contribute to the offensive design, play calling and player development. You also have to wonder what John Harbaugh’s influence might be in this mess that is the NFL’s second worst passing attack.

Baltimore has been and continues to be, the land where receivers’ careers go to die. 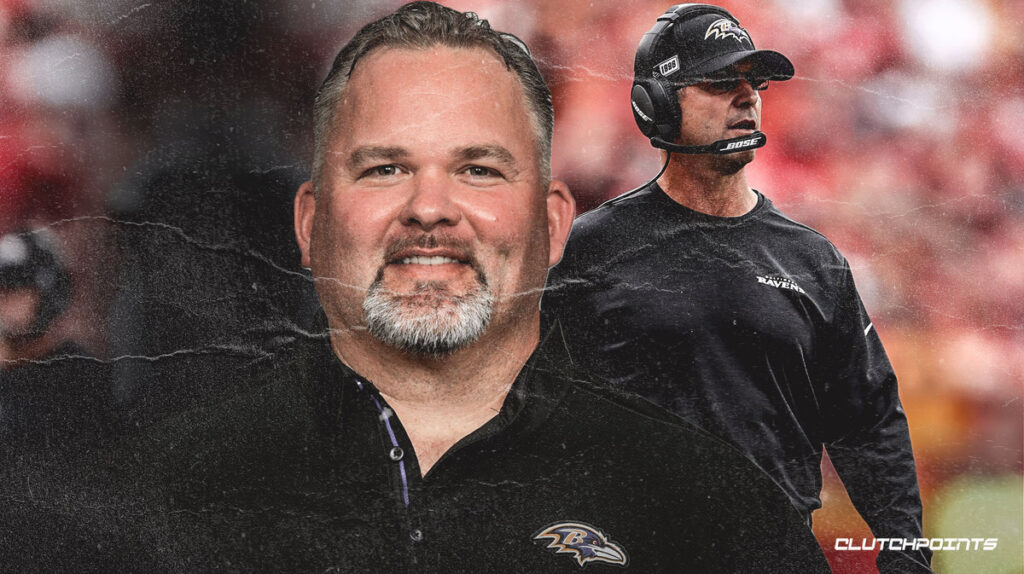 The Ravens defense was on the field for 71 plays against the Steelers. Fifty-one of those snaps were pass plays. The Ravens secondary was challenged often, under siege regularly thanks to a talented group of Steelers receivers and a future Hall of Fame quarterback who was decisive and got the ball out on time and quickly. The Steelers’ offensive approach essentially thwarted defensive coordinator Wink Martindale’s desire to take down Ben Roethlisberger with an assortment of exotic blitzes.

But to the credit of the Ravens secondary, they were extremely fast to the ball and tackled well, limiting yards after catch. They were also instrumental in the team’s ability to limit the Steelers to 1 of 4 in goal-to-go situations. To a man, the defensive backfield played well. Even newcomers, Tramon Williams and Davontae Harris who were pressed into more snaps than anticipated given injuries to DeShon Elliott, Jimmy Smith and Marcus Peters, played better than expected particularly when you consider their limited time with the team. Added props to Harris for his plus special teams contributions.

If this group can stay healthy and if the Ravens get back Calais Campbell and Matt Judon from the COVID list, the added pressure up front will only serve to boost the defense’s back end efficiencies.

#Ravens Newcomer Davontae Harris made a couple of big plays in Pittsburgh, this one at the 0:46 mark of Q3 with the #Steelers leading 12-7. pic.twitter.com/dS2Tj7MBDG

Special Teams matter! Just ask the #Ravens Davontae Harris and Anthony Levine, Sr. Their tag team play paved the way for the Ravens to take their only lead of the game v. #Steelers on Wednesday afternoon… pic.twitter.com/kF2qBZbOj3

It’s pretty clear that Patrick Queen needs to spend time in the weight room and more hours studying film. His playing speed belies his physical gifts. Queen seems a step slow. His ability to read and react is substandard and he gets caught up in the wash far too regularly where he struggles to shed blocks.

Now those of you who regularly read my column know that I don’t put a lot of stock in Pro Football Focus (“PFF”) grades. From my vantage point, the PFF scoring system fails to properly reward outstanding plays nor do they adequately penalize poor ones. But no matter the scoring system, if you rank 87 of the 87 inside linebackers graded, that’s a highly undesirable spot. And unfortunately, that’s Queen’s rank and it is reflective of Queen’s rookie season thus far.

Ron Torbert’s crew had the call on Wednesday afternoon in Pittsburgh. They weren’t the reason the Ravens lost the game, but clearly they didn’t help.

#Steelers TE @Ebron85 gets away with one… pic.twitter.com/aJCQaFw4wE

Now compare and contrast the non-call and obvious hold by Eric Ebron to this one called against DJ Fluker.

The #Steelers were flagged for a really bad call for roughing the passer during the 3rd quarter of Wednesday afternoon’s game. The refs made up for it a few plays later with this ticky-tacky holding call on DJ Fluker. pic.twitter.com/uuhxwVQjfc

The play sequence and clock management here were poorly managed, but had the officials stopped the clock due to the Steelers flagrant lolly-gagging, there would have been a few seconds left for a Justin Tucker FGA.

Without question the #Ravens mismanaged the clock at the end of the first half but as NBC officiating analyst Terry McAuley suggested, Ron Torbert’s crew should have stopped the clock when the #Steelers intent became obvious. It would have given Justin Tucker a chip shot FGA. pic.twitter.com/EcHrPM9rz2

Why have a rule when a blatant violation of it isn’t flagged?

“Rule 12, Section 2, Article 5 of the NFL Rule Book states that ‘no player shall twist, turn, or pull the face mask of an opponent in any direction.’ pic.twitter.com/TxXqqGd4uf

And lastly, while I’m certainly not endorsing this unsavory behavior, after experiencing Torbert’s crew, I understand…

A Texas high school football player gets ejected then does this… pic.twitter.com/29c3mKb4Jk