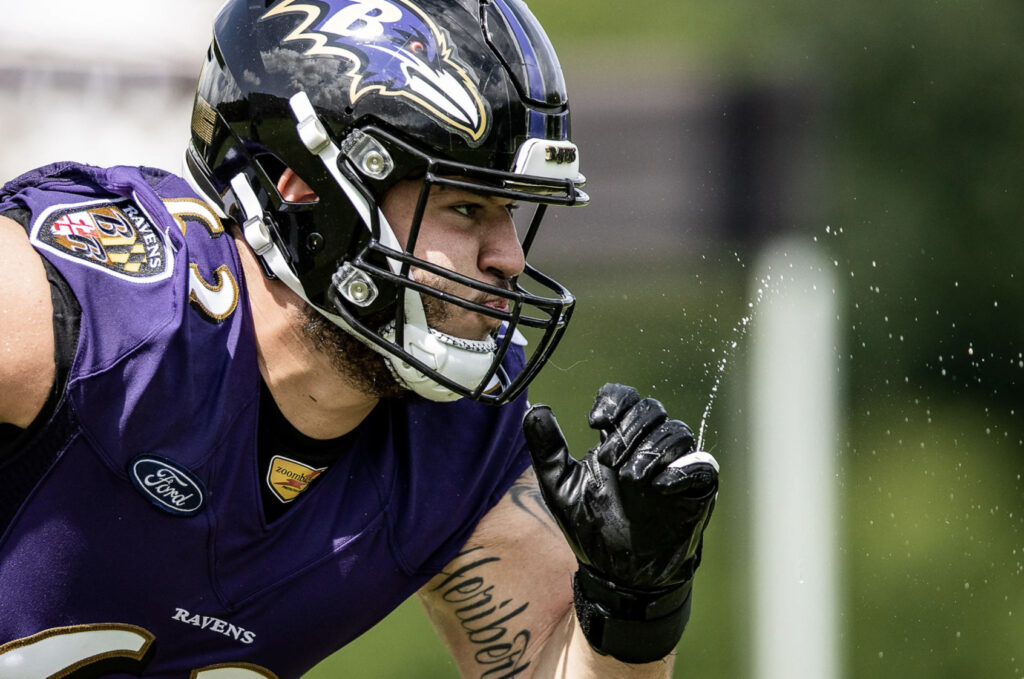 Colon-Castillo, an undrafted rookie making his NFL debut, was arguably the Ravens’ best offensive lineman on Wednesday. He was good in pass protection, connected on a few good pulls and never got moved around while opening up huge holes run blocking, including leading the way on Gus Edwards’ touchdown run.

Even more encouraging, he did all of this while facing one of the league’s best defensive linemen this season, Tyson Alualu, for most of the contest.

And, no bad snaps!

I think I’d like to see him get another shot against Dallas next week, even if Matt Skura and Patrick Mekari are active. He did more than enough to show he deserves it.

Defense (all of it)

The Ravens D was lights-out in every facet on Wednesday. They were rock solid on third downs, holding the Steelers O to just six conversions on 14 attempts, and they held their own in the red zone, allowing just one touchdown in four trips. Furthermore, Ben Roethlisberger’s 51 pass attempts equated to a grand total of 13 points, and Pittsburgh running backs were kept to just 3.6 yards per carry.

They weren’t given many favors, either. Matt Judon, Calais Campbell and Brandon Williams sat out, Jimmy Smith exited early with a groin injury, and an offense loaded with backups often gave them short fields and little rest.

Given the circumstances the unit had to overcome, I’d say this was their best performance all season long.

Entering in relief duty for RG3 and his pulled hamstring, Trace McSorley played well enough to prove he can compete for the backup gig, especially when you take into account the fact that he hasn’t practiced in over two weeks and didn’t have two of his would-be top weapons.

Although he did miss a couple of throws short, he had a laser of a throw to Devin Duvernay that set up a fourth and short that he converted himself on the ground. He then hit Marquise Brown for a 70-yard touchdown that accounted for 78% of the team’s total passing yards, although that one was also a little short forcing Brown to come back to the ball. McSorley was lucky Hollywood made a guy miss afterwards.

No one asks for perfection from the backup QB, just to be as close to the level of the starter as possible. McSorley showed he can do at least some of what Lamar Jackson does both in the air and on the ground, and should be the number two guy moving forward into next year and beyond.

Luke Willson, Eric Tomlinson and Sean Culkin were promoted from the practice squad Wednesday afternoon to replace Mark Andrews, and none of them took advantage of the opportunity given to them, albeit with shaky QB play. Willson dropped both of his targets including what would have been a touchdown just before halftime, and I didn’t hear Culkin or Tomlinson’s name called all night.

But the performance of the three practice squad promotions isn’t the story to focus on, rather the inability to replace first Hayden Hurst and now Nick Boyle, leaving what was one of if not the league’s best tight end rooms a season ago in shambles.

Last year, the Ravens offense led the league in three-TE set usage, and it was part of what made Baltimore’s record-setting ground game and passing attack so successful. This season, that set has gone almost extinct, and with it, the heart and soul of the offense. Getting back to more of it next year is something I would love to see, but it starts with finding legit replacements.

D.J. Fluker started the game at right tackle, but was replaced by Tyre Philips late in the first quarter after appearing to be shaken up on a pull leading the way for an RG3 run. Neither Fluker nor Philips had the answer to Steelers defensive player of the year candidate T.J. Watt.

In less than a quarter of playing time, Fluker gave up a pressure from Watt on Griffin’s pick six and was later called for a holding penalty that negated a nice nine-yard run from Griffin.

The #Steelers were flagged for a really bad call for roughing the passer during the 3rd quarter of Wednesday afternoon's game. The refs made up for it a few plays later with this ticky-tacky holding call on DJ Fluker. pic.twitter.com/uuhxwVQjfc

After Philips replaced the injured Fluker, he too couldn’t slow down Watt. He gave up multiple pressures, got moved backwards into the QB more than once, and looked slow.

Since Ronnie Stanley’s injury that forced Orlando Brown Jr. to move from the right to the left side, the right tackle position has been one of the team’s biggest question marks that seemingly no one has the answer to.