A few pushes, but the only real miss was Cleveland. I was looking solid to cover that game as well, but the Browns allowed Jacksonville to march down the field and come within a two-point conversion of knotting the game at 27.

Here are the ATS Standings after Week 12: 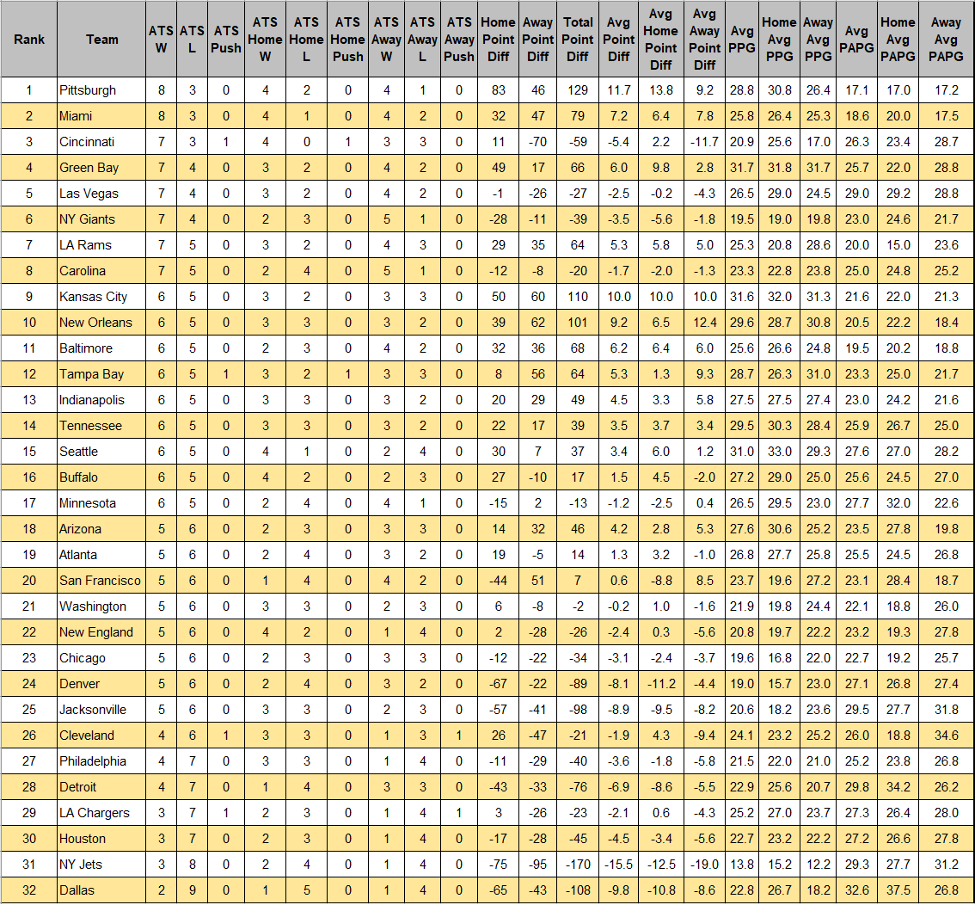 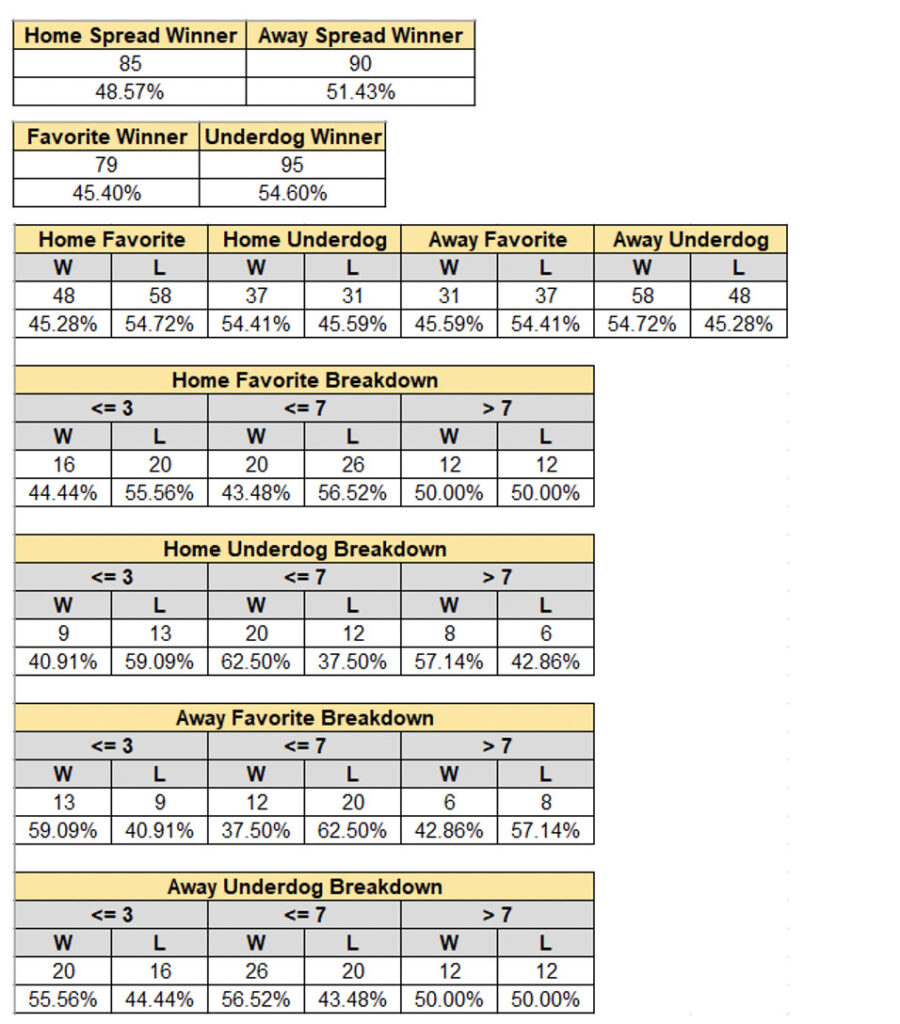 Feel free to play along, tell me where I’m wrong, post your own picks, or just enjoy the read. Onto Week 13.

The Chargers have struggled of late going 0-5 ATS. New England, on the other hand, has won three of their last four games to climb their way back into the playoff conversation.

In my mind, this game is very simple. The Patriots have been finding ways to win games and the Chargers have been finding ways to lose games. I can see a similar scenario play out in what is essentially a pick ’em. Bill Belichick will find a way to put his team in position to win outright in Los Angeles and the Chargers will shoot themselves in the foot again.

The loss of Will Fuller could not have come at a worse time for the Houston Texans. They have struggled all season and losing Fuller against a defense like the Colts is a major setback.

After looking like a top unit early in the season, the Colts’ defense has taken a step back over the last few weeks. That said, I think they’re a lot closer to the group that was near the top of the NFL than the one they’ve resembled the last two weeks.

Indianapolis will be able to shut down the Texans offense and win comfortably.

This is a huge game for both teams in their hunt for January football. Arizona is dealing with a question that is familiar to Ravens fans. People are asking if the NFL has “figured out” Kyler Murray. I like Kyler and I’m more inclined to think he just had a few bad games as opposed to anybody “figuring” him out. I like him to bounce back this week.

On the other side of the ball, the Rams have been one of the more frustrating teams in the league. They’ll look like Super Bowl contenders one week, and then bottom-feeders the next. Simply put, they can’t be trusted. Murray will be able to neutralize the effectiveness of Aaron Donald and the Cardinals will win outright by a field goal.

After Wednesday night’s game, I told my buddy, I don’t care what the line is in the Ravens/Cowboys game, I’m taking Baltimore.

The heart and determination that the Ravens showed on Wednesday Night Football should give Ravens Nation something that we’ve been looking for over the past month: hope. This team has life and if they get everyone back in time for Tuesday’s game against the Cowboys, I can see this train start to get rolling.

Now, that is one big “IF” when it comes to the COVID outbreak that is happening on this team. Due to regulations, we have no idea who’s still testing positive and when they can or cannot come off the COVID list. Assuming guys like Lamar Jackson, Calais Campbell, etc. are cleared to play on Tuesday, I see a rout. I’m taking the Ravens minus whatever…

The Raiders were bad last week and this line would have probably been higher had they not laid a colossal egg in what looked to be a letdown game in Atlanta. They’re not in a position to take another loss as they’re fighting for a wild card spot in what is turning out to be a hotly contested AFC.

I’m making Vegas my lock of the week out of sheer desperation. They need this win and I can’t see the lowly Jets putting up much of a fight. Vegas by double-digits.