With Week 1 of the fantasy playoffs set to kick off for most of us, its time to get down to business. I hope all of you get off to a better start than I did in one of my leagues where the first round of playoffs started last week. It was just one of those weeks where every player your opponent started decided that they wanted to kick you in the balls and decimate any hopes of you reaching the championship.

Last week, we did pretty solid but also had some pretty bad misses. First off, Kirk Cousins had a solid fantasy showing but I was expecting much more from him. That is what you get sometimes when you bet on Cousins though. We smashed both of our starts in the Ravens-Cowboys matchup. Both J.K. Dobbins and Amari Cooper saved their fantasy days with late TDs. Cooper reached expectations but I was really hoping that would have been Dobbins’ break out game. I guess as long as Mark Ingram and Gus Edwards are around, he well never be the bell-cow back that he deserves to be. Don’t get me wrong though, I think Gus is a very good RB and while Ingram has declined this season, he is still one of my favorite Ravens. He brings (some of) the energy that this team has been lacking since the departure of Ray Lewis.

Some of our best plays last week were David Montgomery and Mike Gesicki as fire plays. The absolute best play was my bold call of putting Justin Herbert on the Ice Squad, who finished with under five fantasy points. My worst calls were putting Marvin Jones on the Ice Squad and streaming Kyle Rudolph (WTH happened??).

Overall, another solid week, but we have to step it up a notch for the playoff run.

The Browns are no longer the Browns of old. They are a solid force on both sides of the ball. The Browns defensive rank of 25th does not reflect how well they have played at times. This week, we are going with Mark Andrews. In his first game back from the Covid list, Andrews will be well rested and fired up to be back on the field. The Browns rank 28th in pass defense and let up the 3rd most fantasy points to TEs. With a formidable pass rush that is bound to make their way into the pocket to pressure Lamar Jackson, he will look early and often to his most reliable target that can haul in those 50/50 balls. He will also be Jackson’s first option in the red zone. Don’t believe me? Just look at what Andrews did against The Browns in Week 1. 20 fantasy points. ‘Nuff said.

Baltimore has gotten a little soft against the run since the injuries started taking their tolls on the defense. While there is a good chance The Ravens will be back to full strength on the D-Line, Nick Chubb is an extremely talented back who can still make good fantasy days out of bad matchups. I don’t trust Baker Mayfield or any of his receivers against the Ravens and Chubb will get 18+ carries guaranteed. We are going with talent and opportunity with this one. If the Browns get near the goal line, Chubb will be the guy to break the pylons.

Old man Philip Rivers has not been too shabby for fantasy purposes this year. The Colts are getting their passing game going a bit better and just in time for a matchup against the Raiders that are 31st in overall defense, 25th in pass defense, and let up the 7th most points to fantasy QBs. This game has a 27.5 implied total for the Colts so there will be plenty of opportunities to score, especially with T.Y. Hilton getting back to form, providing some long TD upside for Rivers. The Colts will have no hard time getting to the red zone and it is far more likely for Rivers to throw a TD pass, even if it is to Nyheim Hines, than it is likely for them to let Jonathan Taylor run the ball in.

Cam Akers looked to have solidified his role as the #1 back in the Rams crowded backfield last week when he received 21 carries and one target which he turned into 94 yards and a TD. The Rams are 4.5-point favorites over The Patriots this week and while everyone considers the Patriots defense “elite,” they are 7th worst in rush defense and are in the bottom half of the league in points allowed to fantasy RBs. If the Rams get ahead, Akers should have plenty of touches and he should see the red zone carries as well.

Allen Lazard is an underrated receiver that was praised by Aaron Rodgers during the offseason. In their matchup this week against The Lions, who suck at football (especially defense), there will be plenty of points to go around of the Packers side of the ball (31.5 Implied point total). The Lions are dead last in pass defense and let up the 7th most points to fantasy WRs. In a game where the Packers likely get ahead early, I see Lazard getting looked at a little more often. Don’t be surprised if Lazard has one of those random 25-point games we have seen from MVS.

Jonnu Smith will likely return to the field this week, but will still be a bit nicked up. Anthony Firkser has been looked at often in the past even with a healthy Jonnu in the game. This game has a high implied point total of 30 for The Titans against a horrible Jaguars team that is fighting their little heart out for that #1 overall pick in the draft. It’s a shame that the Jets are so good at tanking. Anyway, the Jags are 23rd in pass defense and let up the 7th most points to fantasy TEs. Firkser could be a sneaky play this week if you need a TE.

RB: D’Andre Swift (If he returns) 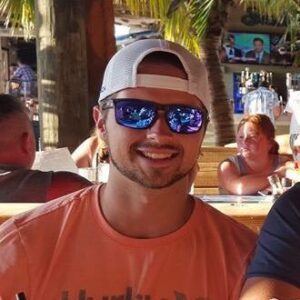 Being born alongside the Ravens in 1996, Brad was drinking the purple Kool-Aid since birth. His love for the game began by watching the Ravens in the basement with his father, quizzing him on football terms and rules, and toasting his little brother in backyard football games during half time every weekend. Once in college, he began to do his own deep dive analysis into not just the Ravens, but the entire league. Utilizing his self-made spreadsheet of thousands of hand-picked stats, the self-proclaimed fantasy football extraordinaire creates his own rankings to dominate his fantasy leagues. “Daddy Brad” as the girls called him in college, proudly follows in his father’s footsteps by drinking lots of beer and screaming at the TV every weekend. He now specializes in deep dive analysis to predict player performances and the outcome of the games.