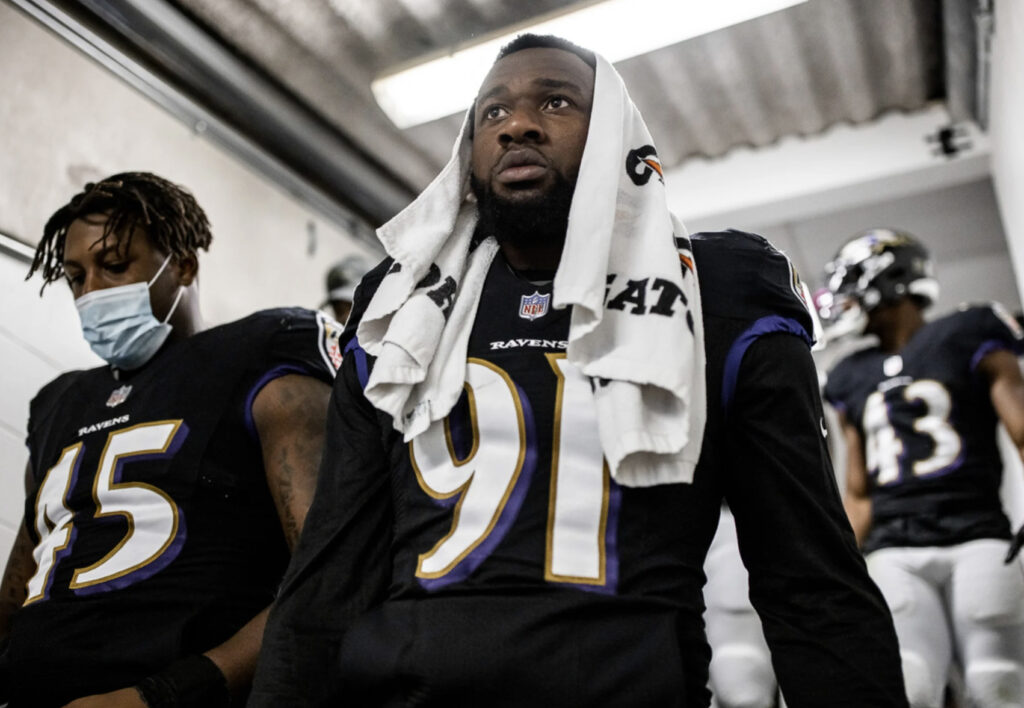 Leading up to the game, and as I wrote in last week’s Stock Report, I was looking forward to seeing a second week of Trystan Colon-Castillo starting at center after his solid game against Pittsburgh. When I saw the inactive list with his name on it a few hours before kickoff, I was admittedly a little upset…and worried.

That worry grew when I saw Patrick Mekari going through warmups at center, meaning we’d likely see either Tyre Phillips or D.J. Fluker or a combination of both at right tackle, which we did. What I didn’t see coming was how well the two would play after some recent down weeks for Fluker and a rough start to the season from the rookie Phillips. Maybe continuing to deploy a rotation of sorts at the position is in both Phillips’ and Fluker’s best interest.

Moving leftwards, Ben Powers has been rock solid in three straight games now at right guard, doing nothing to show he doesn’t deserve the spot moving forward, and Mekari played well at center.

The unit protected Lamar Jackson well, surrendering no sacks or QB hits while also paving the way for nearly 300 yards rushing. Overall, a good and encouraging game from the guys up front.

Coming into this week, the Ravens had lost four of their last five games. Whatever beliefs you have as to what contributed to those losses, one thing was clear: the running game never got going. More specifically, the running backs.

In Baltimore’s last four outings, Ravens running backs rushed for a combined 238 yards. That’s good for an average of just under 60 yards per game. On Tuesday, J.K. Dobbins, Gus Edwards and Mark Ingram racked up 200 yards on the ground.

Leading the way is Dobbins. The rookie looks electric every time he touches the ball and has finally solidified himself as the lead back, although not officially the “starter.” He’s led the group in snaps and attempts in three of the last four games he’s played, but for whatever reason Ingram is still usually getting the game’s opening carry and not doing much with it. The second-round pick had two runs of 15 or more yards and added a five-yard touchdown run, his fourth of the year.

Having Jackson back also provides a huge boost to the ground game. Not just because he makes defenses have to respect both the handoff and the keep on options, but what he does with his legs when no receivers are open downfield or the protection breaks down. Four of his five scrambles on Tuesday went for first downs.

We saw a good mix of efficient and effective running back runs, options and scrambles this week that we haven’t really seen since 2019. It felt good to see them get back to what made them so unstoppable a year ago.

Set to face an offensive line made up of mostly second and third stringers, fans and probably the players themselves had high expectations for the Ravens pass rush, so our frustration with the unit is definitely warranted.

While Derek Wolfe and Brandon Williams did their part in stymieing Dallas’ run game, Andy Dalton faced little to no pressure when he dropped back to pass. Calais Campbell was noticeably hobbled and Tyus Bowser, Pernell McPhee and Jaylon Ferguson didn’t add much. Jihad Ward was essentially Baltimore’s only source of pressure, tallying the team’s only sack and four of the five QB hits.

The biggest issue for me is Yannick Ngakoue. The big trade deadline acquisition was quiet yet again, absent from the stat sheet if not for one lonely tackle. He almost gets his hands on the QB quite often, you can see him swatting his arms and hitting nothing but air a lot, but almost doesn’t get you anywhere. He has just one QB hit and one sack since the trade, the sack coming against Tennessee’s backup left tackle, a team and player he was seeing for the second time this season, the first being with Minnesota.

If he were doing other things on the field at a high level the poor pass rush statistics wouldn’t bother me as much, but he isn’t. He doesn’t play the run well and rarely, if ever, drops back into coverage while playing just 55% of the snaps per game on average.

At the time of the trade, it felt like the move to acquire him was to be better equipped in a potential future matchup with Kansas City. Getting home with as few rushers as possible in order to drop as many defenders into coverage as you can gives you the best chance to take down the defending champs, something the Ravens struggled to do way back in Week 3.

The point is, Ngakoue hasn’t done what he was brought in to do, and I’d be skeptical to lock him up long term if it continues.

At the moment, the player I’d prefer to keep is fellow outside linebacker and pending free agent Matthew Judon. Judon does do all the things Ngakoue can’t, but what may hurt Judon’s chances of returning is the fact that a third and a fifth round pick weren’t coughed up to bring him in six weeks ago.

In two games without Judon, the Ravens pass rush has just one sack. Maybe he’s what was missing on Tuesday. We’ll know for sure next week against Cleveland and a quarterback in Baker Mayfield that tends to hold on to the football longer than others.

With little to no pass rush to disrupt Andy Dalton, the Cowboys’ QB had all the time he wanted to make the right throws.

He picked on Anthony Averett, who struggled not only in coverage but also missed several tackles in his first game since returning from the injured reserve. Marcus Peters struggled to keep up with Amari Cooper, giving up a touchdown to him on a slant that shook Peters out of his cleats. Marlon Humphrey also gave up a rare touchdown and was even flagged for defensive pass interference on the same play. Coming into this week, Humphrey had played a league high 338 coverage snaps without giving up a touchdown.

Fortunately for Humphrey, misery loves company. He wasn’t the only Raven who had a league-leading streak broken on Tuesday. 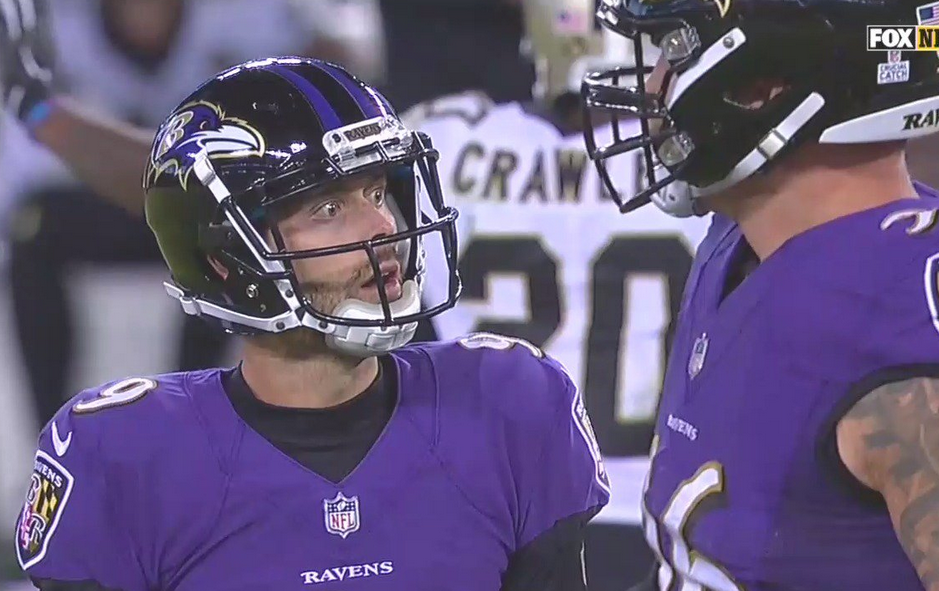