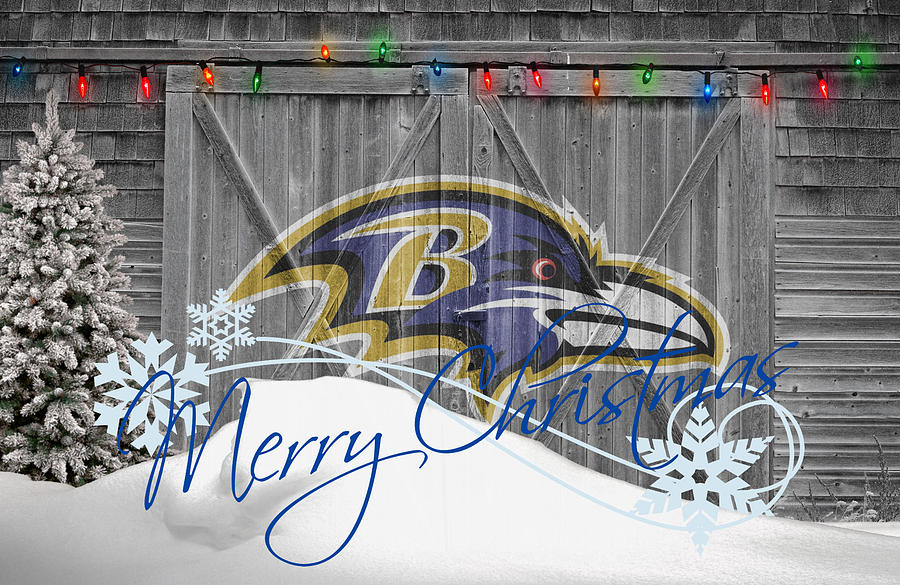 After a big win on Monday Night Football the Ravens, according to the playoff scenario modeling site FiveThirtyEight.com, have a 91% chance to punch their ticket to the post season dance. If the Ravens win out and the Browns, Colts or Dolphins combine FOR ONE LOSS, Lamar Jackson & Co. are in and get a chance to redeem playoff losses the last two seasons.

RSR staff predict what we will see Sunday in Ravens-Jags…

It all starts with the visiting (1-12) Jacksonville Jaguars, a team that has played with energy despite a 12-game losing streak. That said, don’t expect them to roll over and fold. The Ravens will look to start fast and suck the will out of the Jags during a chilly and potentially damp afternoon. If the Ravens execute the plan, the Jaguars focus might shift to sugar plum fairies dancing in their heads and a healthy Christmas.

And that’s exactly how it will play out!

• Lamar Jackson will rush over 100 yards again, scoring once. He’ll also hit Devin Duvernay and Dez Bryant on scoring strikes. Duvernay’s will be from 40+ yards out, with most yards coming after the catch. Duvernay will also rip off a 20+ yard run on a reverse, taking advantage of a Jaguars front-7 that races to the line of scrimmage.

• Gus Edwards and J.K. Dobbins will combine for 140 yards, split fairly evenly although Dobbins will tote the rock more frequently. Dobbins will add a chunk play on a well-executed screen. Yes, you read that right!

• James Robinson has been an effective runner for the Jags. He’s averaged 4.6 YPC. In this one-sided affair his carries will be limited. Look for 35 yards and 3.5 YPC.

• The Jaguars posse of receivers, Messrs. D.J. Chark, Keelan Cole and Laviska Shenault will combine for 225 yards receiving. Chark gets a score and most of this production will occur during mop up time while the Jags are dinking and dunking against a defense aligned to prevent a big play. Gardner Minshew throws for nearly 300 yards.

• With so many drop back and since the Jags will be forced into being a one-dimensional offense, the Ravens sack numbers climb. Look for Wink’s boys to register 5 sacks credited to Matt Judon (1 ½), Tyus Bowser (1) and Yannick Ngakoue (2 ½).

CBS struggles to retain viewers in this yawner.

— The Ravens should be able to find yards on the ground against Jacksonville, which is ranked 30th in the NFL, allowing 145.5 yards per game. Look for Mark Ingram to get some work after not having a carry Monday night against Cleveland. The Ravens are No. 1 in the NFL with 173.8 yards rushing per game.

— Quarterback Lamar Jackson is playing some of his best football. He led the Ravens to a spirited 47-42 win over Cleveland last week. Jackson should have another complete game against the Jaguars, who are playing out the string,

— Gardner Minshew will make the start at quarterback. He has thrown for 2,033 yards with 14 touchdowns and five interceptions over eight games. Minshew is solid with play-action but the Ravens will manage to break down the Jaguars offensive line, especially late in the game.

— The Ravens are coming off a huge win against the Browns. Still, they will likely need to win their final three games to make the playoffs for a third straight year and have one of the teams in front of them lose. Baltimore takes care of business.

Is it any surprise that the return of fun football in Baltimore has coincided with the return of Fun Lamar? Since returning from the Covid-19 list, the 2019 MVP has looked much more like himself than he did for the first two-plus months of the season. Whatever the reason, it’s been a sight for sore eyes, and it will continue against a Jags squad that will be like taking the weighted donut off the bat after battling that Browns squad.

— Jackson tosses two touchdowns, one to Mark Andrews and one to Dez, and runs for another, totaling 300 yards of total offense himself. We see Tyler Huntley by midway through the fourth quarter.

— Andrews, in addition to the TD, hauls in four other passes for 85 yards.

— Dobbins and Gus combine for 150 ground yards and two scores.

— Sacks come in bunches, and this Ravens team is due, after a ton of near misses the last few weeks. They get to Minshew five times (Campbell, Judon, Yannick, Bowser, Joker), and force a fumble and two picks (Peters, Queen).

Here’s hoping last week’s win is the starting point of something special. There’s no better time to get hot than December.

– Mark Ingram is inactive on Sunday to save room for healthy cornerbacks and J.K. Dobbins and Gus Edwards combine for over 150 yards on the ground.

– Marquise Brown (assuming he plays) has his fourth straight game with a touchdown as he picks on a Jacksonville secondary that has allowed the 5th most passing yards and 3rd most TDs on the year.

– Yannick Ngakoue and Calais Campbell each get sacks against their former team, while Marcus Peters intercepts Gardner Minshew and Marlon Humphrey forces another fumble.

The Ravens embark on a three-game stretch in which winning-out would all but secure playoff football in Baltimore. The Jaguars stand in their way first, but I don’t think they’ll put up much of a fight.

– Jacksonville will start Gardner Minshew at QB, and with his job potentially on the line, he will either play conservative or dangerously. Regardless, Baltimore should have a great deal of success defendiing the pass. I expect 2 INTs on Sunday.

– The Jags will likely ride RB James Robinson, who’s been great this year. If the Ravens can hold him to under 100 yards, they’ll win this game with ease. I could see Robinson having some success early, but not topping 75 yards on the day.

– On offense, this could be another vintage Lamar Jackson performance, and by that I mean efficiency, accuracy, and poise in the pocket, with explosiveness when he runs. Jackson will go over 200 yards and toss three scores, including one to each Dez Bryant and Devin Duvernay.

– While Jackson will steal the show, Dobbins will once again impress with 65 rushing yards, over 80 from scrimmage, and 1 score.

This is supposed to be the beginning of the easy final three games. However, the Ravens won’t fall into that mental trap. I expect the Ravens to lean heavily on the run game and rotate the carries to keep Dobbins and Edwards fresh to finish out the season. Lamar these last couple of games has been very reminiscent of his MVP 2019 season. The concern right now is the defense and how banged up the secondary is currently.

— The Ravens will run for over 225 yards combined with 3 rushing touchdowns.

— Lamar will have 75 of those rushing yards and also 1 passing touchdown to Mark Andrews.

— Dez Bryant will have 3 catches for 12 yards and fans will be mad he wasn’t more involved. Still scratching my head on that one and what is expected out of him.

— Marlon gets another fruit punch out fumble and this time Patrick Queen recovers it for another touchdown.

— Marcus Peters is not the same right now and will probably be the one picked on again along with Devontae Harris. I expect most of the yards given up to be by these two.

— Derek Wolfe will shine again on the line while Calais Campbell struggles being healthy still. Wolfe will get a sack and be a force at the line of scrimmage.

Regardless of whether or not Hollywood Brown and Miles Boykin come off the COVID-19 list in time for Sunday’s game, it won’t do much for the Ravens. Their game plan would have always been to ground and pound against one of the league’s worst run defenses in Jacksonville.

That said, I think the Ravens will have a bit of a letdown after the high they’re coming off of from Week 14 in Cleveland. Baltimore’s defense looked like a sieve, albeit against a division rival who knows them well. They’re starting to have issues on the outside of the defense, which if Gardner Minshew can exploit, the Jags can keep within striking distance.

I like the Ravens to win, but I see Jacksonville covering the 13.5 points.