BDC Lock of the Week:

— One point was all that separated me from a perfect week. If Xavien Howard doesn’t pick off Patrick Mahomes with the Dolphins down 30-10, the Chiefs cover easily. He did, however, and the Dolphins used that momentum swing to make a game out of it.

Here are the ATS Standings after Week 14: 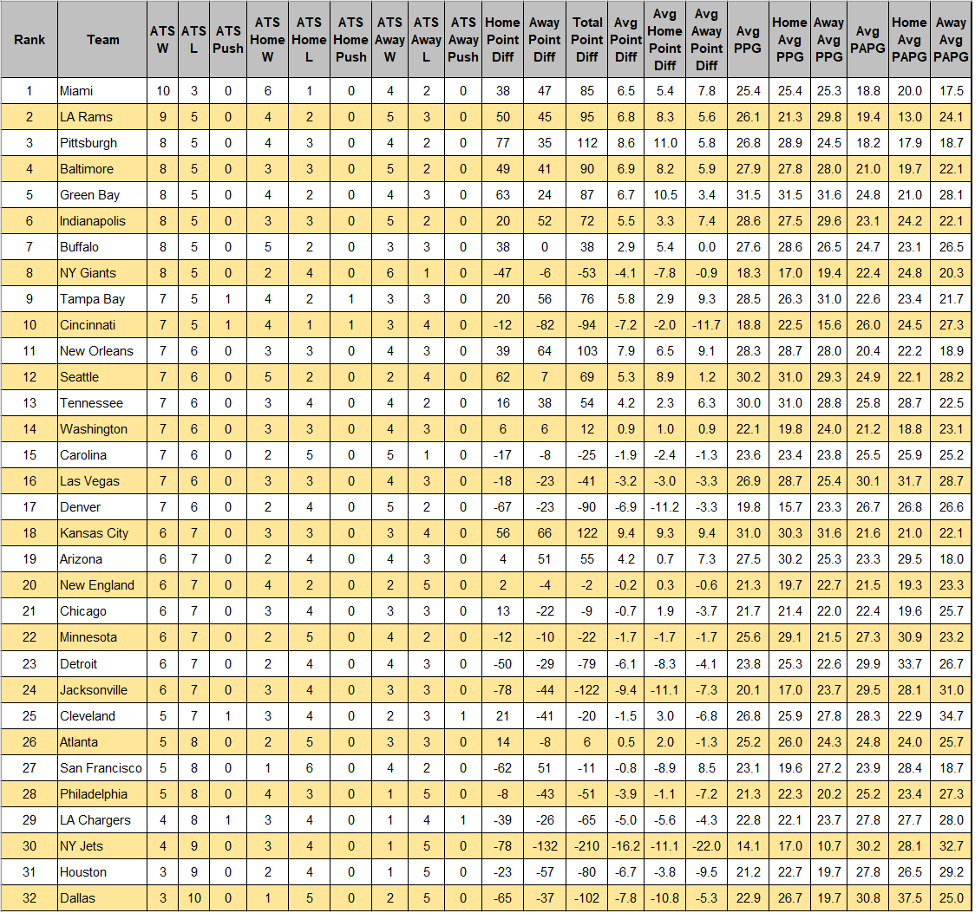 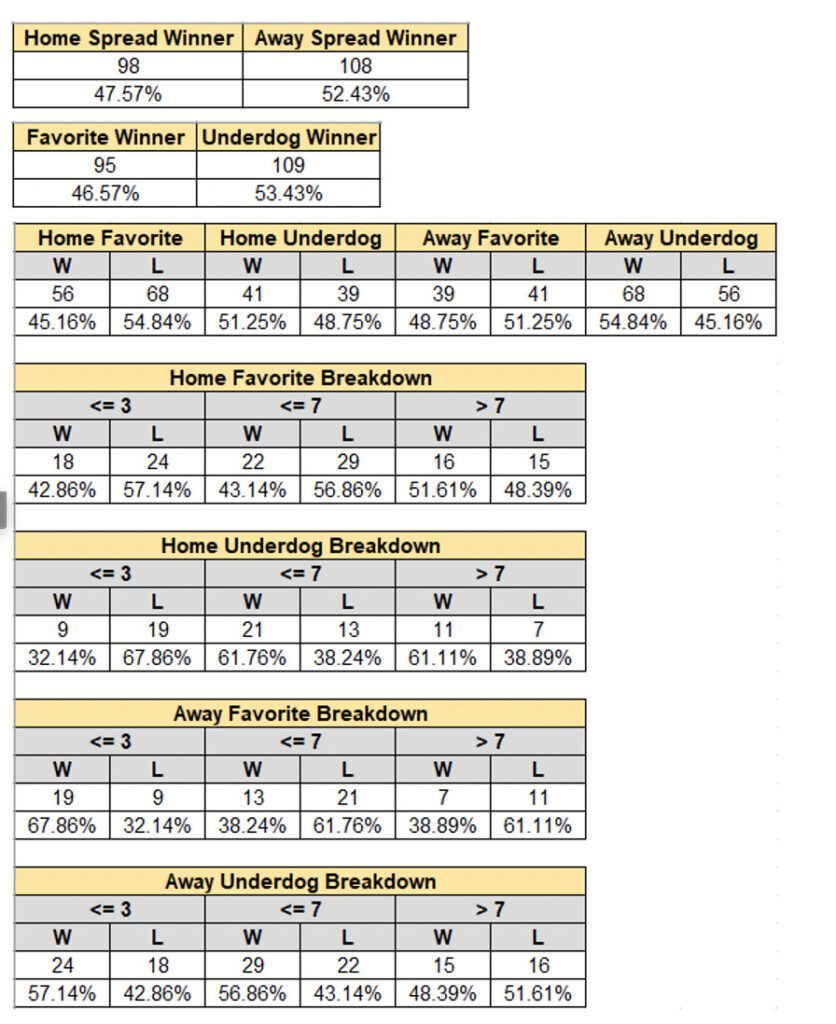 Feel free to play along, tell me where I’m wrong, post your own picks, or just enjoy the read. Onto Week 15.

Tampa Bay sits comfortably in the 6th seed in the NFC as it stands today. A win here in Atlanta will further solidify their slot.

Both of these teams have been inconsistent this season, but the Falcons are a team that really can’t be trusted. They rank 30th in passing yards allowed, 31st in passing touchdowns allowed, and 28th in total yards. That doesn’t bode well going up against a team with weapons like the Buccaneers.

Even though this line seems a little low, I’ll still take Tampa to cover.

The question is, was last week’s Eagles’ victory over the Saints a result of improved play at quarterback, or was it a result of not having a true quarterback hurting the Saints? I tend to lean to the former which is why I’m picking Philly here.

Arizona’s performance has dipped along with the play of Kyler Murray who has just seven touchdowns to go along with five interceptions over his last five games. Philly will be able to keep Murray at bay and run the ball effectively to keep this game close.

This game hinges on the availability of Alex Smith. If he’s available, I feel less confident about this pick, but how healthy will he be? I think we have enough of a sample to believe that the Washington defense is one of the better units in the league, but if Dwayne Haskins is under center, all bets are off.

Seattle’s defense hasn’t been good, but with a hobbled Smith or a healthy Haskins, they’ll be able to do enough to allow Russell Wilson and the offense to cover the 5.5 points here and steal one in Washington.

The Seahawks are 11-1 straight up in their last 12 games on the East Coast. Washington is 1-10-1 ATS int heir last 12 home games after consecutive road games.

Regardless if Hollywood Brown and Miles Boykin come off the COVID-19 list in time for Sunday’s game, it won’t do much for the Ravens. Their game plan would have always been to ground and pound against one of the league’s worst run defenses in Jacksonville.

That said, I think the Ravens will have a bit of a letdown after the high they’re coming off of from Week 14 in Cleveland. Baltimore’s defense looked like a sieve, albeit against a division rival who knows them well. They’re starting to have issues on the outside of the defense, which if Gardner Minshew can exploit, the Jags can keep within striking distance.

I like the Ravens to win, but I see Jacksonville covering the 13.5 points.

I’m picking yet another good team coming off a tough loss as my lock of the week.

My gut tells me that this Cleveland team won’t fold after a tough loss to Baltimore and will use that as fuel for the rest of the season. They’ll take out their frustration, starting with the Giants this week.

The Browns will put plenty of pressure on Daniel Jones (or whoever is at quarterback for the Giants) which will force him into a few turnovers and Baker Mayfield will continue his solid play and lead Cleveland to a double-digit victory.