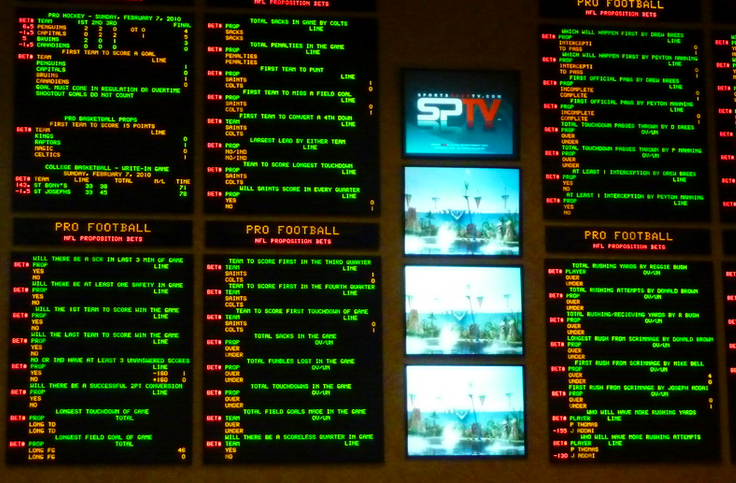 Here are the ATS Standings after Week 15: 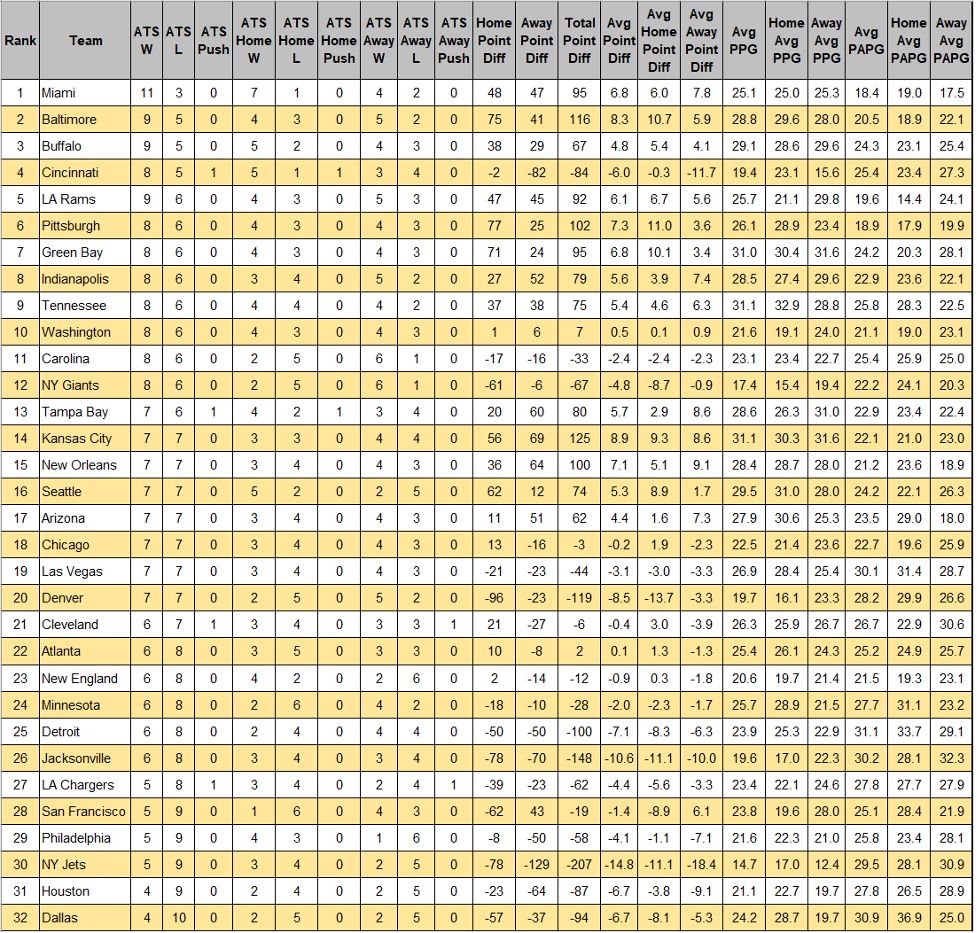 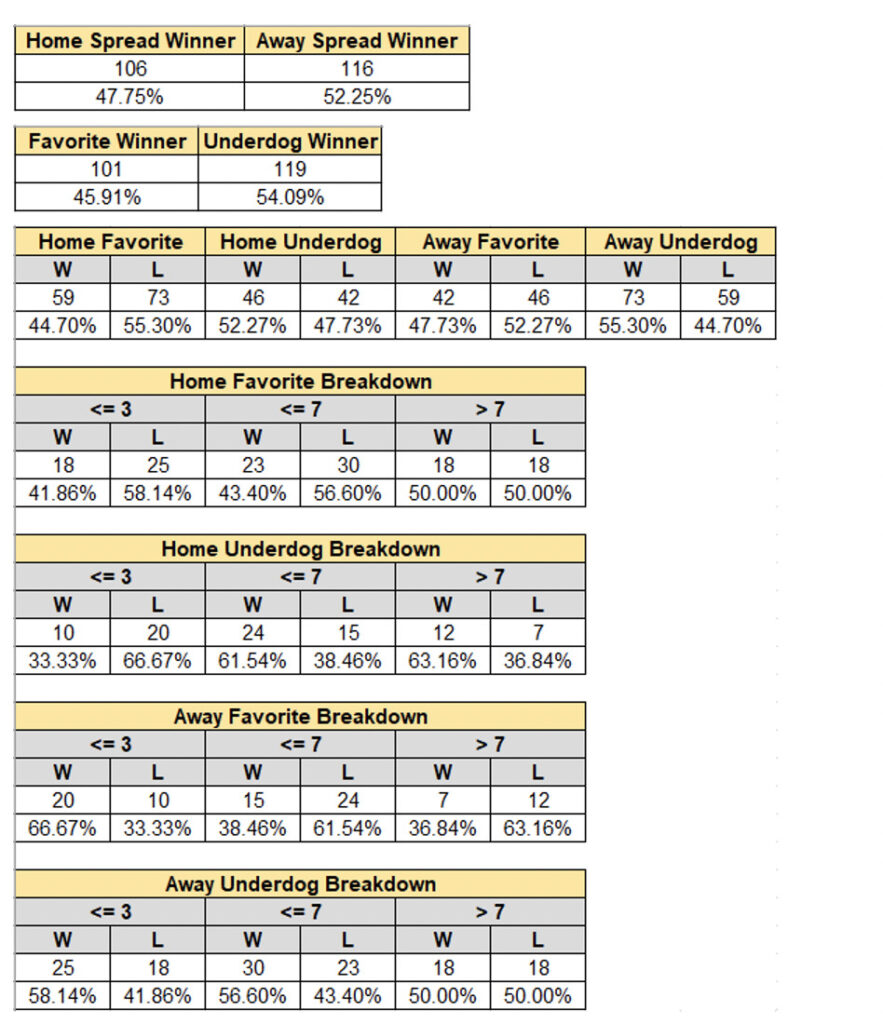 Feel free to play along, tell me where I’m wrong, post your own picks, or just enjoy the read. Onto Week 16.

Pittsburgh has been struggling big time. Had it not been for a COVID-ridden Ravens team, they could have easily lost four straight. As it stands, they no longer have the same stranglehold on the division as they did a month ago and their last two games are now very critical.

On the flip side, the Colts have been solid of late. Jonathan Taylor has been averaging 103.5 rushing yards per game over his last four starts and the Colts are 4-0 straight up and 3-1 ATS over that same span.

Ultimately, I don’t think that Mike Tomlin and Big Ben allow the Steelers to lose a fourth straight game at this critical juncture. They’ll be ready to play and get back to a team that resembles one that started the season 11-0. I think they’ll force Philip Rivers into a few turnovers which will turn this game and allow the Steelers to win outright.

Indianapolis is 5-2 ATS on the road this season with a 7.4 average point differential. The Steelers are 15-1 straight up in their last 16 home games against the Colts.

The Eagles are 4-9-1 and a not-so-outlandish scenario would see them as division champs. That’s the NFC East in a nutshell.

Although the Cowboys’ rushing duo of Ezekiel Elliott and Tony Pollard have been running well the past few weeks, I don’t think the Cowboys possess the defense to be able to slow down the Eagles enough to win this game. I like the Eagles to cover, and I LOVE the over in this matchup.

There’s a new sheriff in town when it comes to the AFC East. Buffalo clinched the division last week and can really rub it in the Patriots’ face by clinching the number two seed in the AFC with a win in the land that Brady built.

I really think the Patriots have mailed it in a bit and Buffalo will look to make a statement in New England on Monday night. Josh Allen will flourish under the lights of Monday Night Football and the Bills will stick it to the Pats. Bills by double-digits.

Even though these two teams have mirrored records, this game is huge for both teams. The Giants sit one game behind the Redskins for the NFC East lead and the Ravens are jostling for one of the AFC wildcard spots.

The matchup to watch this week will be the Ravens’ top ranked rushing offense, against the sixth ranked rush defense. Over the past two years, we’ve seen the Ravens demoralize defenses across the NFL no matter how highly they were ranked and I think we’re going to see that again this week.

The Ravens have found their groove on offense. It’s unfortunate it took until this late in the season, but here we are. Baltimore will, once again, establish their ground game and run all over the Giants. I like Baltimore to win and cover easily.

I’ve not been as high as some on the Packers this season. I think they’ve over-performed in a way I didn’t see coming. Aaron Rodgers looks as if Father Time hasn’t taken a toll on his body and is in the conversation for MVP. However, once again, I’m going against them even though they’ve burned me time after time this year.

I’m making this my lock of the week because I have faith in Derrick Henry. I believe the Titans will ride him in this game and he’ll be able to keep Tennessee in this one till the end.

The one thing that gives me a bit of pause, however, is the weakness of the Titans’ secondary. If given time, Rodgers should be able to pick apart this unit, but I believe Tennessee will keep him on the sideline by running effectively.

I like Tennessee to cover the 3.5 points in Green Bay on Sunday Night.

Wishing you and your family a Happy Holidays! Good luck in Week 16!