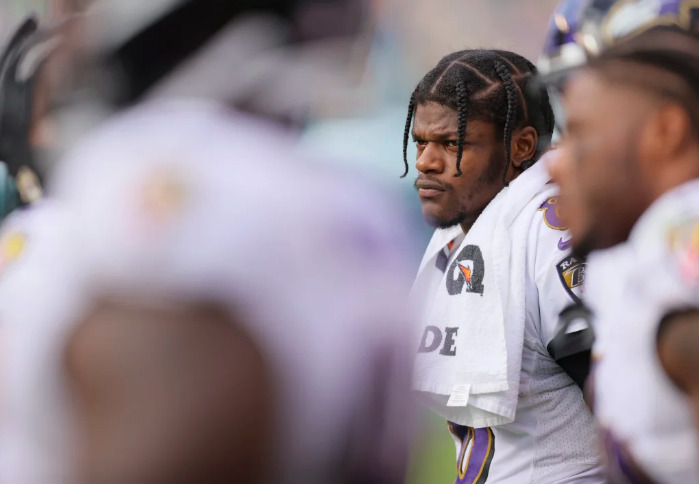 The Ravens took down the Giants. The Browns got embarrassed by the Jets. The Colts fell apart in the second half and lost to the inept-of-late Steelers.

Everything from Sunday points to one thing, and one thing only.

With Baltimore now primed for a playoff run, there’s only one team that stands in their way: the Brandon Allen-led Bengals.

While Ravens fans have already chalked this game up to a win, let’s not forget what the Bengals did to Baltimore back in Week 17 of the 2017 season, when Tyler Boyd embarrassed an otherwise stout Ravens (9-7) defense with a late game touchdown to lead Cincy (7-9) to a 31-27 victory that effectively knocked the Ravens out of the playoffs. 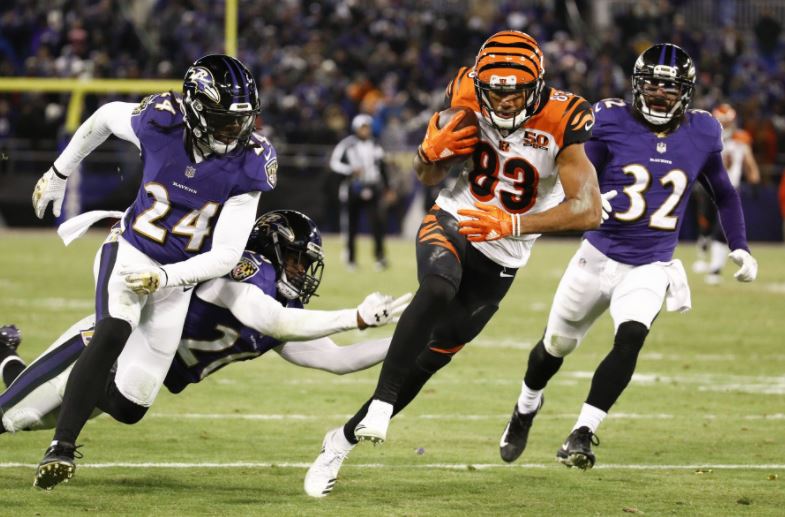 Yes, I am absolutely aware that only a handful of players from that 2017 iteration of the Bengals and Ravens still reside on their current rosters, but the terrifying finish still lingers in the pits of the collective guts of Ravens fans, and I’d be willing to bet the likes of John Harbaugh, Chuck Clark, Marlon Humphrey and Brandon Williams still feel that pain as well.

The Ravens need to exorcise the demon, and exact revenge on the Bengals in Week 17.

Assuming this first monkey is forcefully ripped from the Ravens’ backs, it’s onto the playoffs, where potential opponents provide a nice chance for a heavy dose of ‘revenge’ to be exacted by Baltimore.

Should the Ravens matchup with the Steelers out of the gates, obviously Baltimore going 0-2 versus Big Ben’s boys lingers, and the Ravens would look to settle the score in the most important contest of the three.

The first meeting between the two teams was featured sloppy play by Baltimore, namely Lamar Jackson, who fumbled twice inside the Steelers ten-yard line, threw a pick six, and had another interception on the first pass attempt of the second half.

Despite the four turnovers, the Ravens lost by just four points. If any one of those turnovers doesn’t happen? Baltimore wins that game.

Two painful loses that could’ve easily gone the other way, and Baltimore (the fans and surely, the team) have revenge on their minds to right those two miserable games.

Should the Ravens find themselves facing the Titans in the postseason, the revenge factor grows even larger.

Lest we forget, the Ravens’ last two games against Tennessee have been nothing shy of painful. Earlier this season, Baltimore took a 21-10 lead in the third quarter… only to watch it evaporate on three straight Titans drives, as Baltimore was suddenly in the hole, 24-21. Luckily, a Justin Tucker field goal tied things up… but how ‘lucky’ was it? The Ravens had just marched 55 yards, had 50 seconds on the clock, and sat inside the Titans 15. You’d think they could possibly put up a touchdown, but it was never realistic thanks to a false start that knocked ten seconds off the clock, followed by three straight incompletions (nearly a sack) and a chip shot field goal.

After that? Well, Derrick Henry embarrassed the Ravens defense en route to a victory, just like he did in last season’s playoffs.

It’s painful, but let’s quick recap that 2019 Divisional Round: the Ravens had the top overall seed, and were heavily favored to beat the Titans, except the Baltimore offense didn’t show up, and their defense was curb stomped by Henry, to the tune of 30 carries for 195 yards and a passing touchdown. Yes, a passing touchdown.

Throw in the Titans’ tendency to stomp on the opponent’s logo pre-game, and I think ‘revenge’ might be putting it lightly when it comes to this potential matchup.

Then there’s the Bills vs Ravens potential…

Okay, so it’s not revenge, but it’s certainly a chip on the shoulder of Jackson and it should make for one hell of a storyline. Jackson and Josh Allen were both considered highly touted mobile quarterbacks in the 2018 draft, but Allen was seen as a higher upside quarterback, while Jackson had to listen to folks suggesting he switch positions.

The rest is history – Allen goes 7th overall, while Lamar waits around until the Ravens call his name 25 picks later. Oh, then Jackson won the 2019 MVP. But the ‘you passed on me and made a huge mistake’ chip on Lamar’s shoulder can’t be ignored.

Surely, we can’t forget the pinnacle of the Ravens animosity and revenge sitting in Missouri, but let’s not get too far ahead of ourselves. 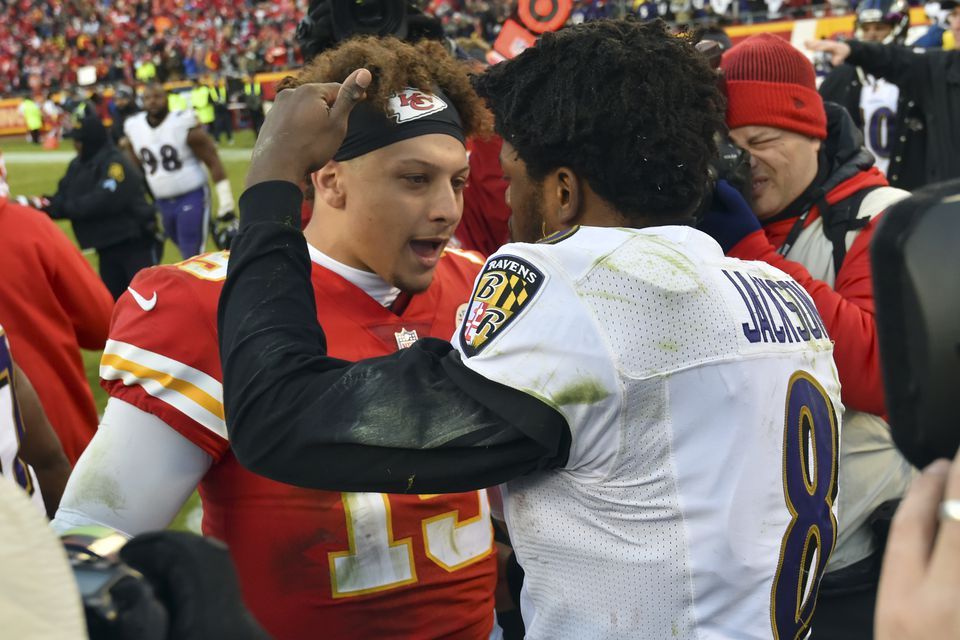 We’ll cross that bridge if & when we come to it.

For now, the 2020 Ravens Revenge Tour begins on Sunday at 1 pm in Cincinnati.