Here are the ATS Standings after Week 16: 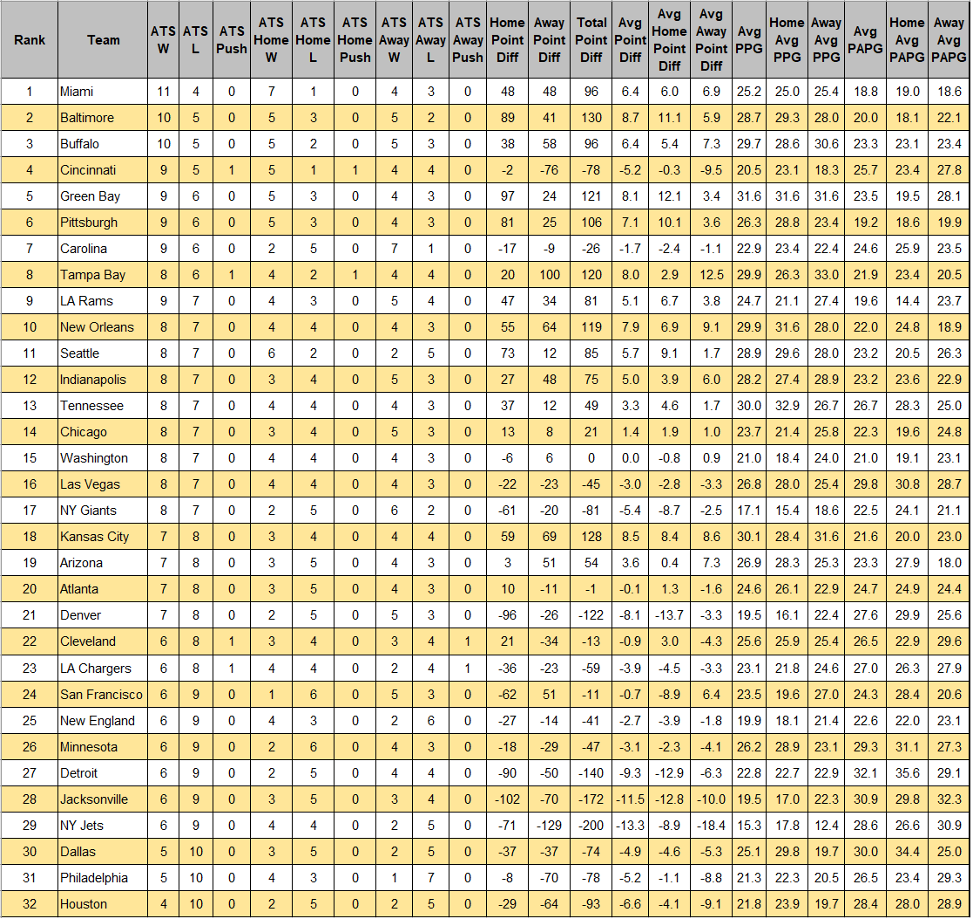 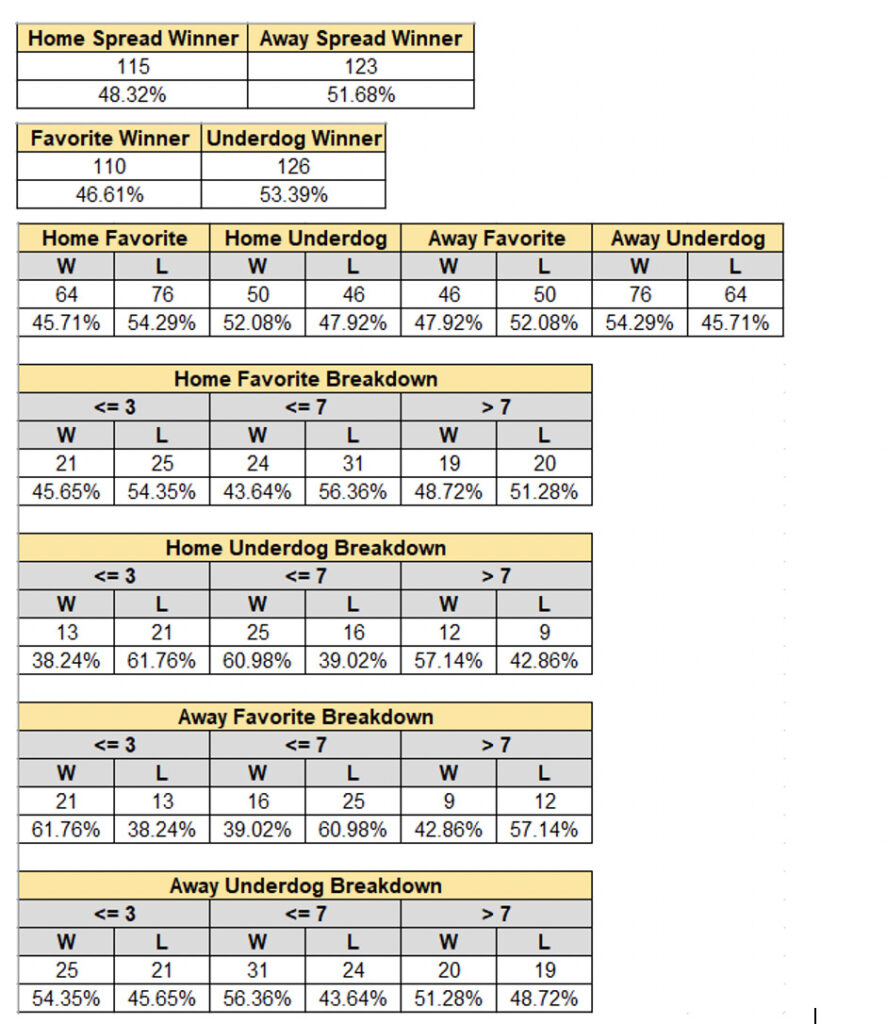 Feel free to play along, tell me where I’m wrong, post your own picks, or just enjoy the read. Week 17 is always a crapshoot so here we go into the season finale…

The Cowboys need this game to give themselves a shot at the NFC East title. However, I think the Giants have an edge and could win this game outright.

That edge lies on the defensive side of the ball. The Giants run defense was performing well before getting shredded by Baltimore in Week 16. They’ll get back to form and limit Ezekiel Elliott on the ground which will allow them to keep this game close.

I love the under here as well.

Atlanta, surprisingly, kept the Chiefs offense at bay in Week 16 and easily covered the 11 point spread. The Bucs also looked strong last week and are poised to make a run at the Super Bowl with their flourishing offense.

What’s really on the line here for Tampa though, is the opportunity to play either Dallas or Washington. That prize, by itself, is enough motivation for the Buccaneers to come out and take care of business against the Falcons.

The Bucs will win by double-digits and continue their hot streak.

Although Seattle has already clinched the NFC West, they still have an outside shot at the NFC’s top seed.

The Seahawks haven’t allowed more than 17 points in five straight games and I don’t foresee that streak ending this week. With that said, they’ll easily put up more than 23 points that would be needed to cover in that situation. Seattle by a touchdown.

Both of these teams come in hot. Cincinnati has looked much better of late and there’s an opportunity here for them to take advantage of a banged up Baltimore secondary.

I also think that the Bengals will be motivated to ruin the Ravens’ season and potentially keep them out of the playoffs. If the Ravens can withstand the early onslaught from the Bengals, they have the ability to run away with this game. However, I think this one will be more of a dogfight.

Unfortunately, I see us biting our nails and pulling our hair out as the Ravens sneak into the playoffs with a closer than expected win in Cincy as they pull away late.

Aaron Rodgers, you have burned me time and time again this season. It’s fitting that I’m making you my lock in Week 17 with the NFC’s top seed on the line.

The Bears’ resurgence is what drove this line down to where it sits now. I just don’t think it’ll be enough against the Packers’ offense who have scored 30 or more points in five of their past six games.

I love the Packers here by double-digits.